Wainer Vaccari was born in Modena (IT) in 1949, lives in Modena.
Wainer Vaccari’s work was exhibited in numerous institutions and galleries across Europe, including Galleria Mazzoli in Modena (IT), Galerie Susan Wyss in Zurich (CH), Galerie Thomas Levy in Hamburg (DE), Horsens Museum in Denmark, Kunsthal in Rotterdam (NL) and Kunstverein in Munich (DE). Later on also the Galleria Pack in Milan (IT), the Museum Moderner Kunst in Passau (A), the Kunsthaus in Hamburg (DE) and the Galleria Bonelli in Mantua (IT) presented and promoted his works. In 2008 Vaccari was invited to the Beijing Biennale (PRC) and in 2011 to the Venice Biennale (IT).


Galerie Mazzoli Berlin is proud to present Verschwiegene Zeugen, Wainer Vaccari first solo show in Berlin.
The Italian artist, born in Modena (IT) in 1949, will exhibit his most recent works characterized by intriguing references to memory, time, shadow, women and myths.
In the Seventies, after a first creative phase influenced by Surrealism, Vaccari got close to the New Objectivity, with a special focus on the pictorial dimension of figurative – almost mannerist – nature, and started realizing paintings in which the characters, often physically structured, are surroundend by a misterious and enigmatic world, inhabited by fantastical creatures who are surprised in a visionary and enchanted athmosphere, which explores some aspects of the 16th century Italian Mannerism, and some of the visionary 19th century Northern European art.
At the beginning of the 20th century Wainer Vaccari faced a stylistic turning point: Vaccari “deconstructs painting and makes the mnemonic or indeterminate traces more evident, since he increasingly approaches the reconstruction of what has been seen in keeping with a mental rather than anatomical effort, i.e. to make it into a nuclear and energetic element that moves in time and space.”
The exhibited works at the Galerie Mazzoli in Berlin have a tendency to minimalism in colours and composition, by expertly using the entire scale of grey, “offering a glimpse of that borderline zone in which the painting seeks an escape route towards fantasy (...) reality is like a shadow, and the shadow is the only real thing.” (cit. Flavio Arensi).
EXHIBITION VIEW 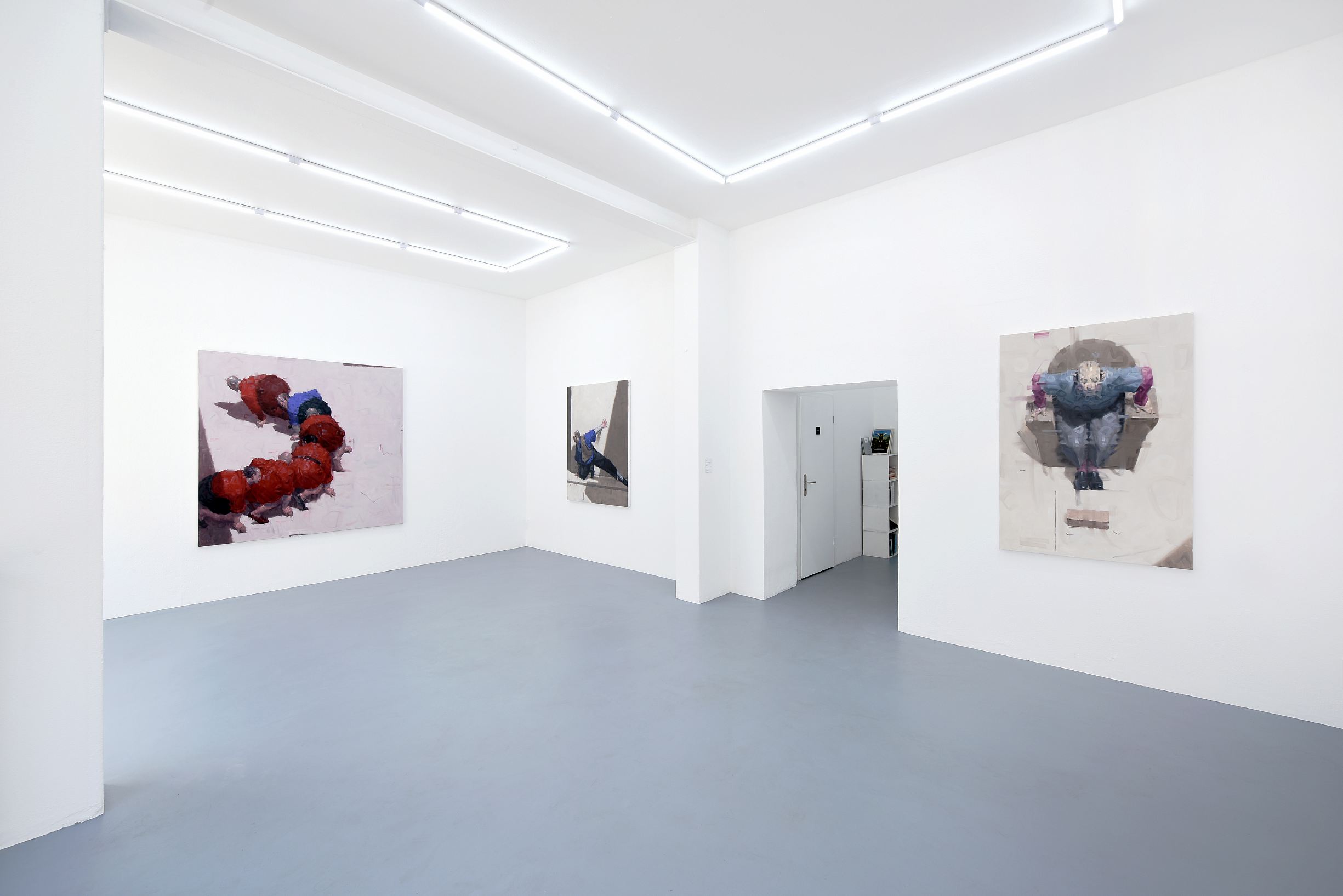 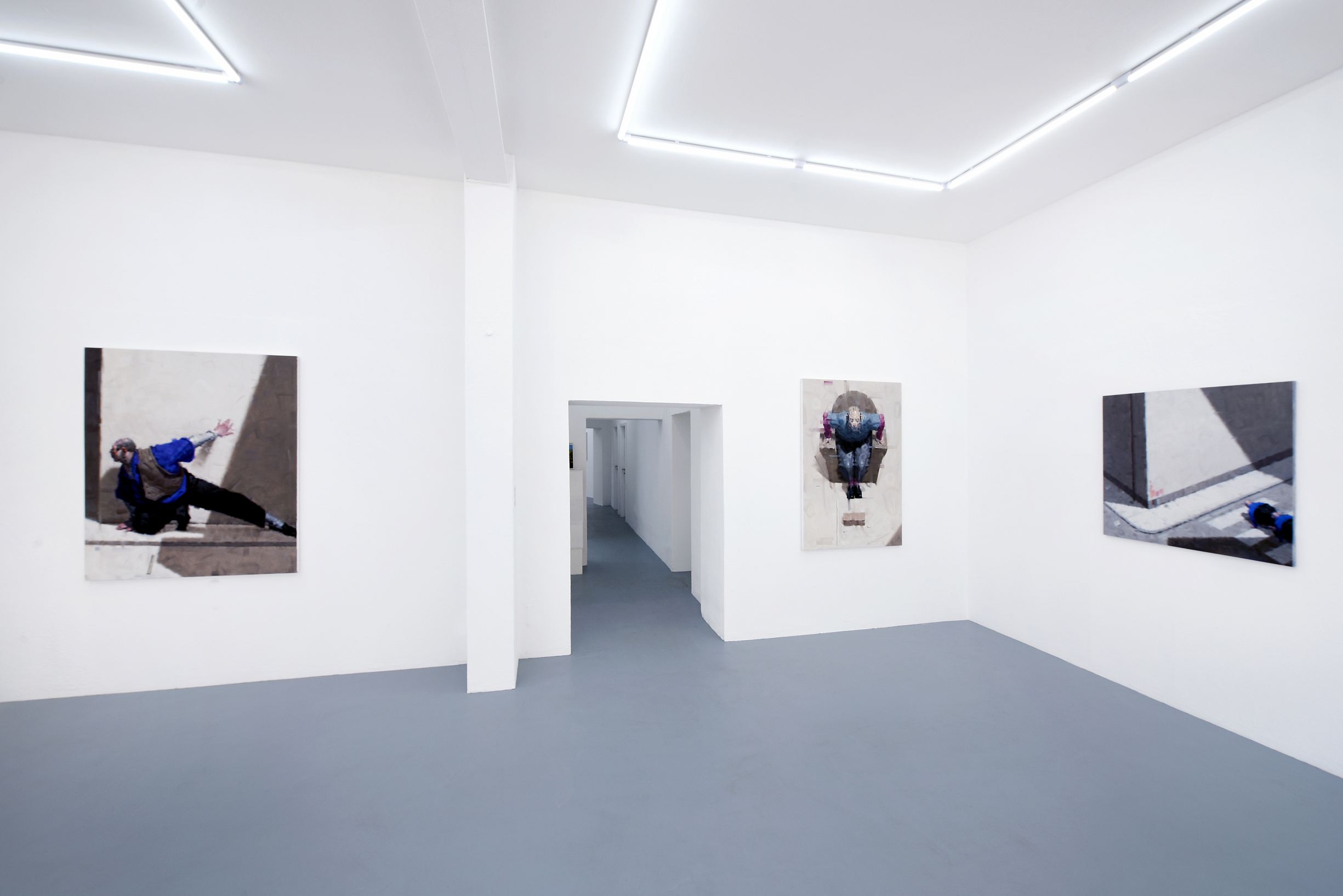 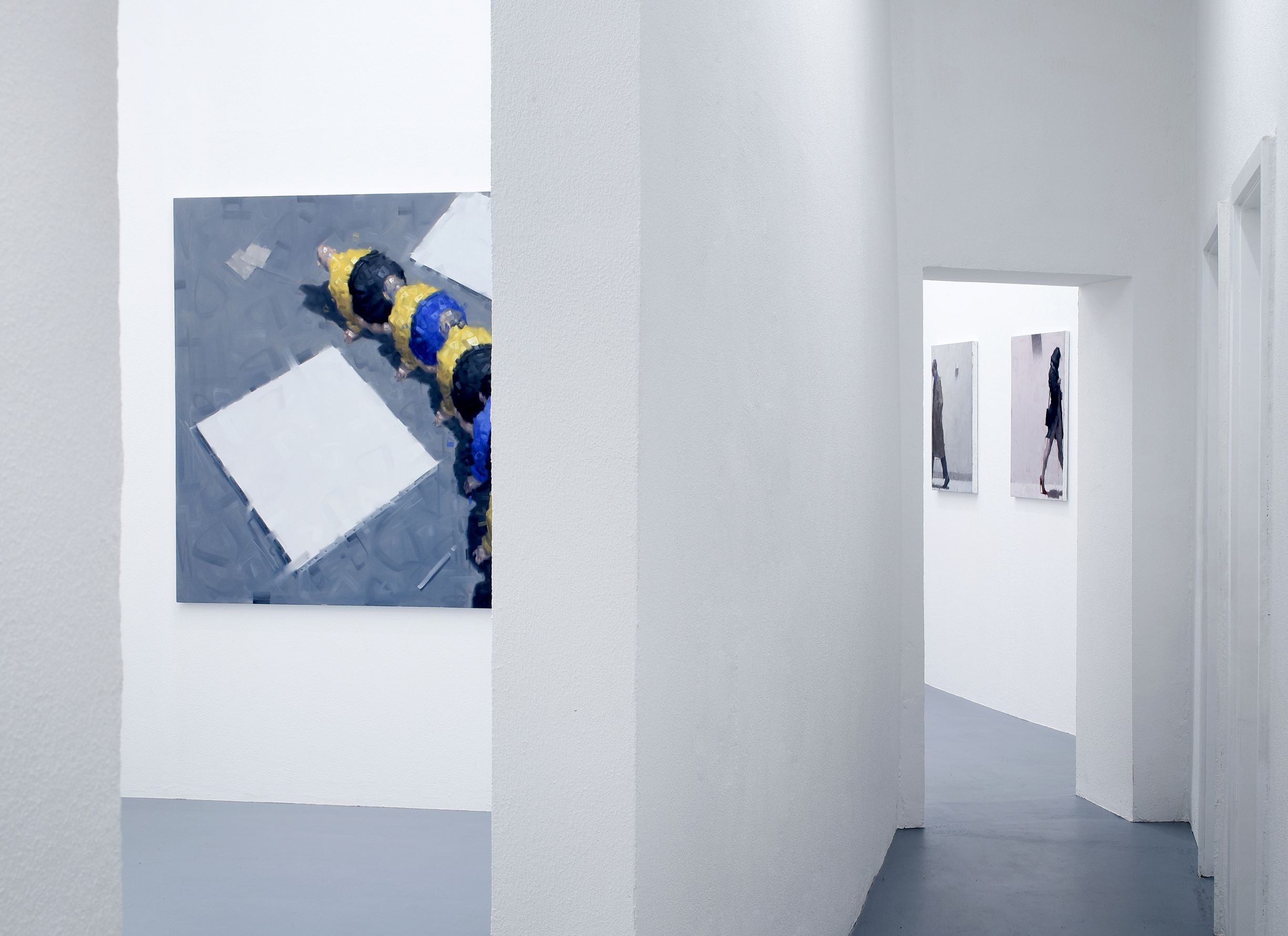 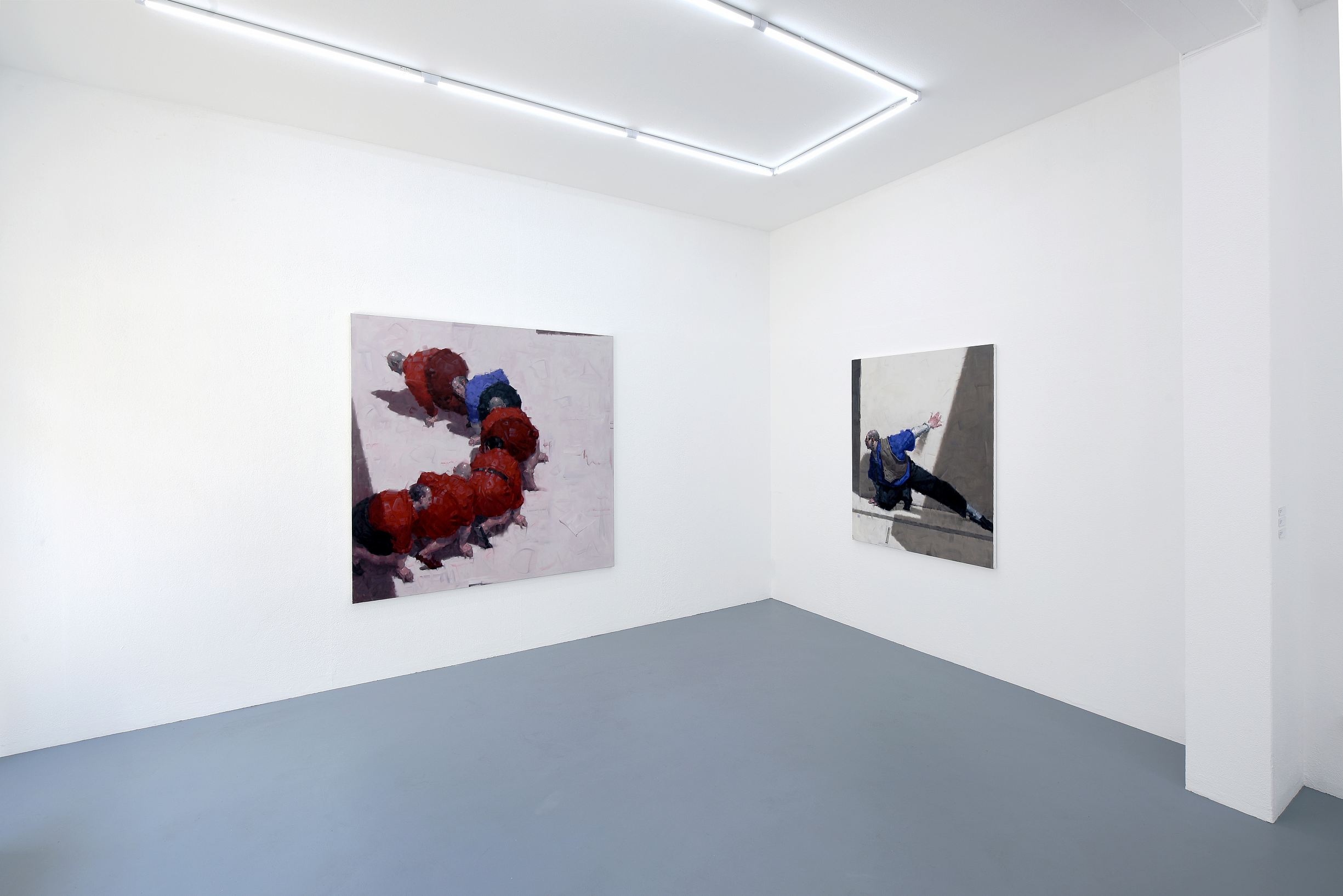 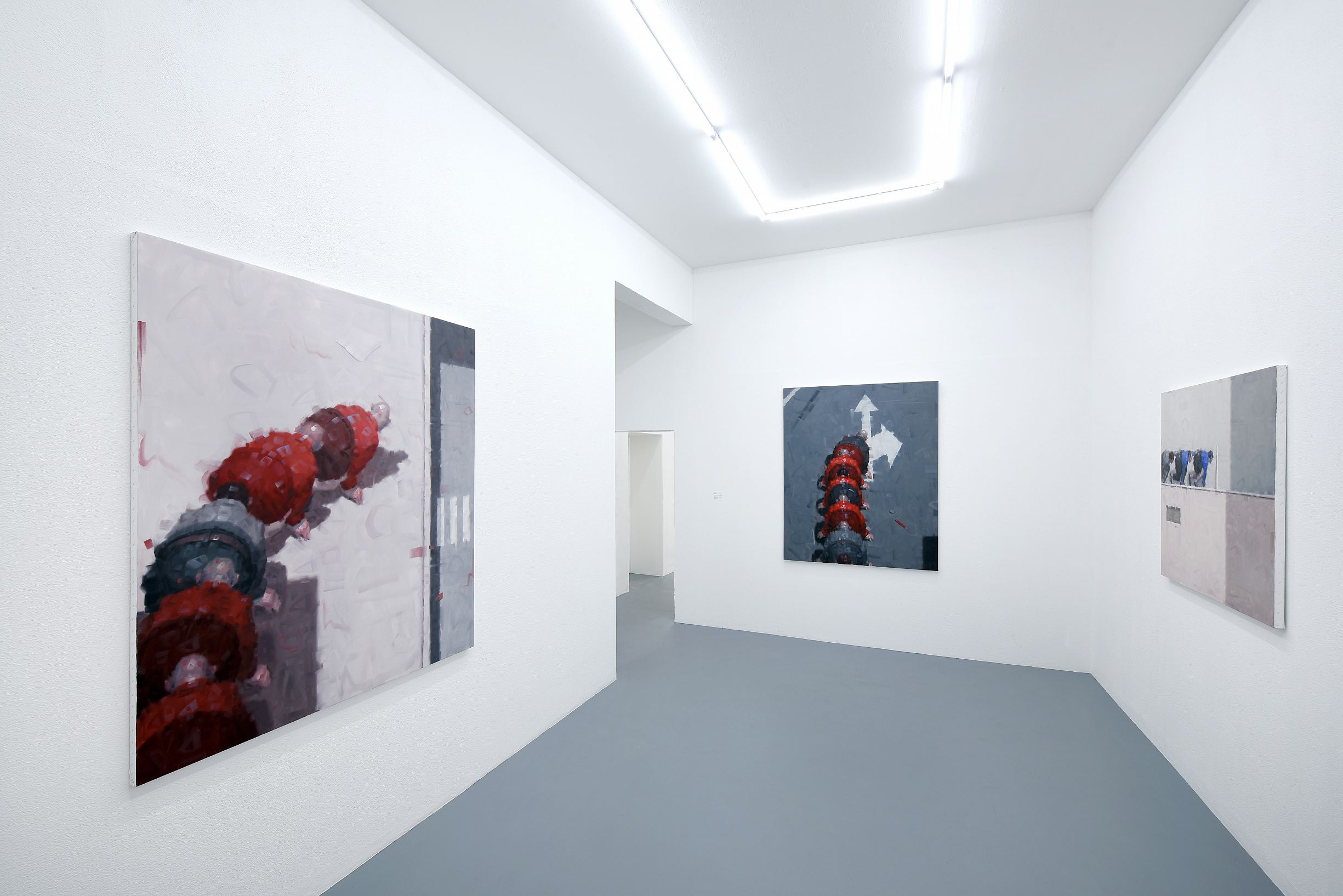 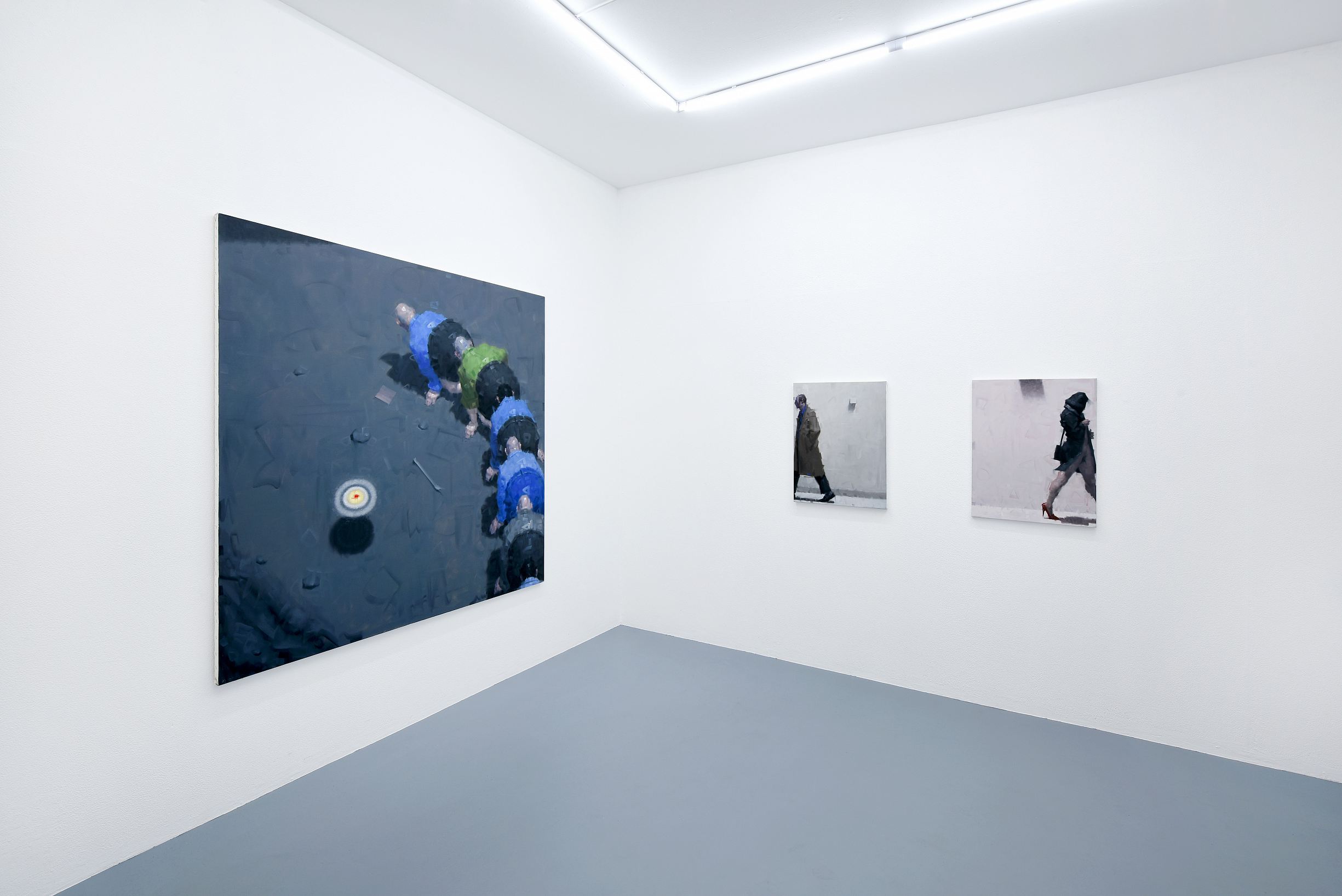 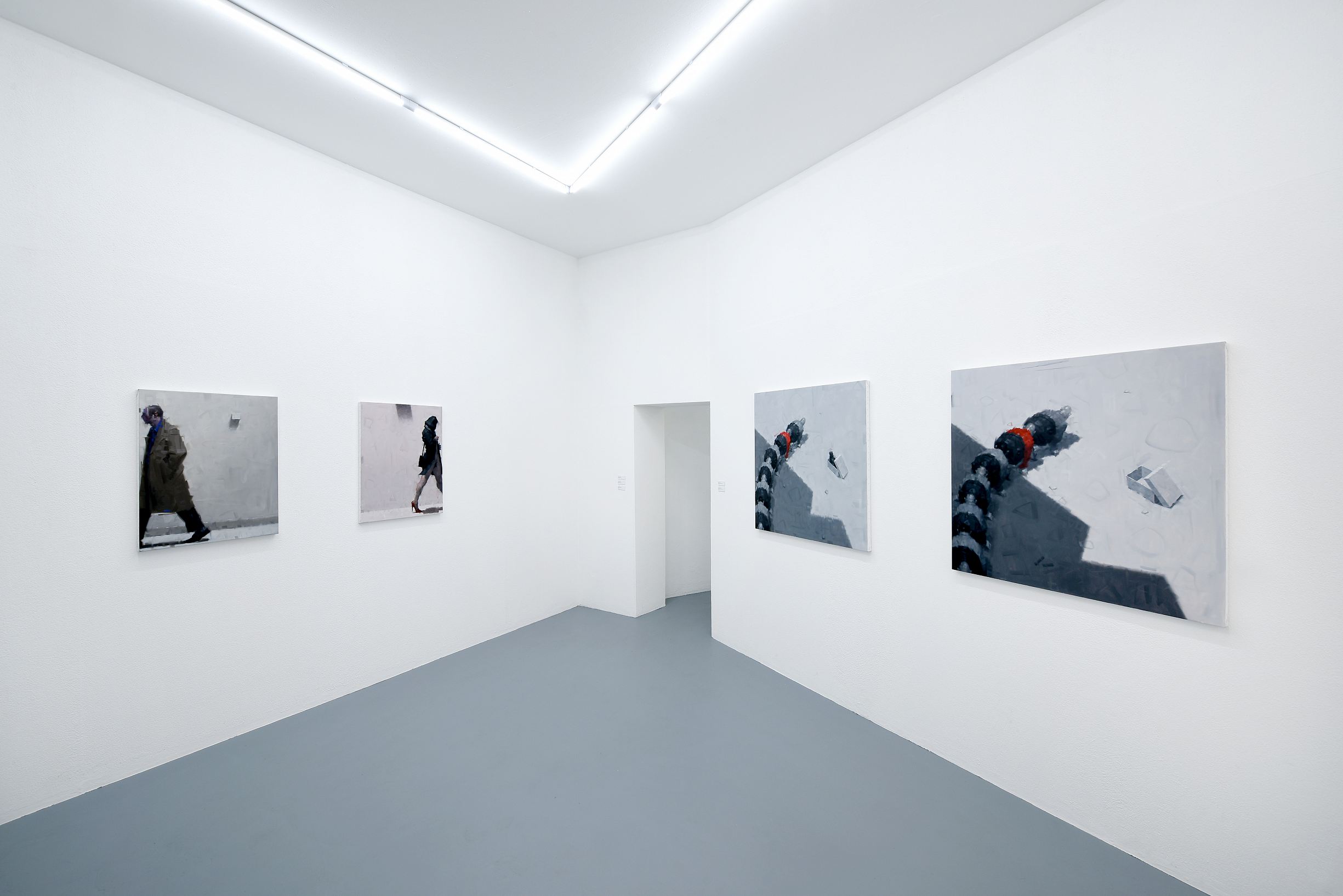