On Saturday, January 26th at 6.30 pm, Nicola Samorì will open his first solo exhibition at Galleria Mazzoli in Modena. The title of the exhibition Die Verwindung (Overcoming) is taken from Heidegger and suggests a disloyal attitude to tradition, namely, a betrayal – which is also an uneasy transition – that recaptures and at the same time rethinks the integuments of the painting. Such distortion/dislocation has permitted the artist to investigate and reinterpret the history of art, putting his crimes-pleasures of damaging the painting into practice (a discipline that is accepted as an uncomfortable yet, at the same time, necessary legacy).
In their doing and undoing, the paintings indulge an intrinsic shattering “of the identity and of the identical” which aims to comprehend the grammatical limits and the syntactic possibilities of extremely diffuse images. Purloining the memories that languish in galleries all over the world, Samorì thus decided to desecrate the masterpieces of art in the hope of «understanding the violated vitality of our culture, an unconscious and material capital». Encouraging the instinctive and destructive force of formal organization, the pictures in this exhibition shatter the harmony of the images in order to unveil and uproot the painting itself.
Transforming his subjects into a material in the process of disintegration (which carries the unbearable onus of the agony on top of itself), the artist ultimately punishes that which he has created, thus arriving at the inevitable and unrenounceable assassination of the painting. In the works expressly created for the spaces of the gallery, Nicola Samorì actually wanted to upset, disfigure, and deform the painting, demonstrating its haemophiliac aspect, of bloody metamorphosis. 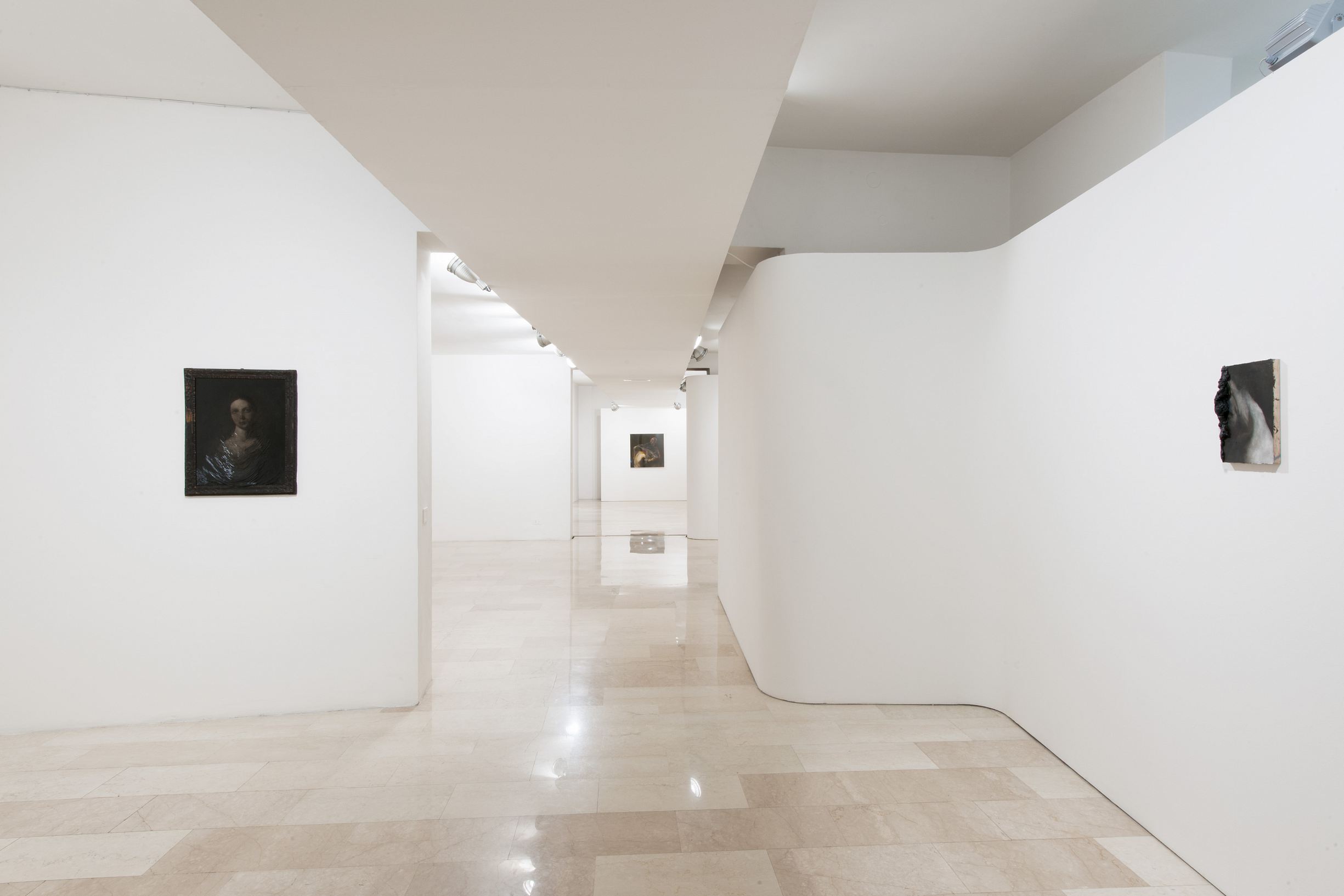 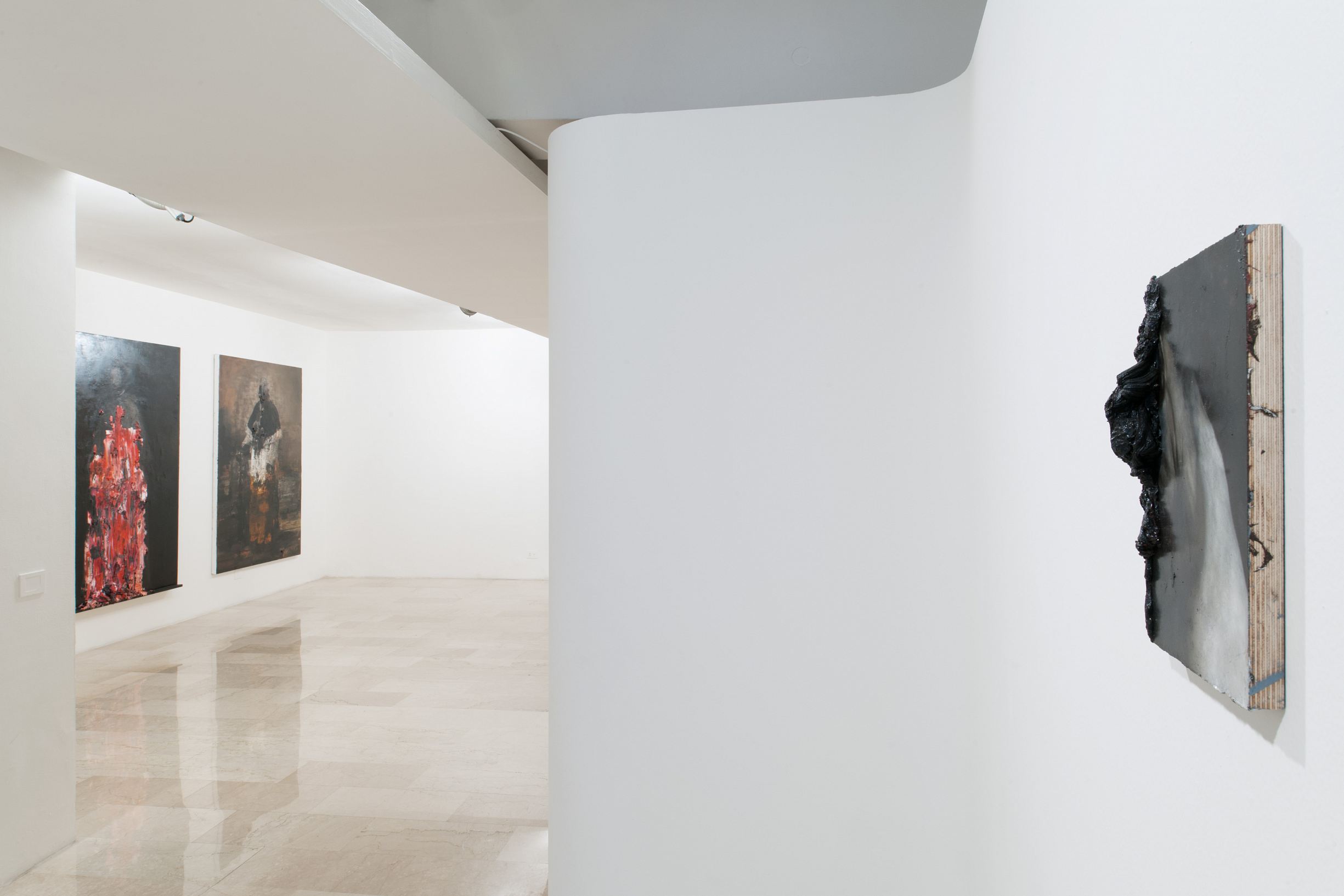 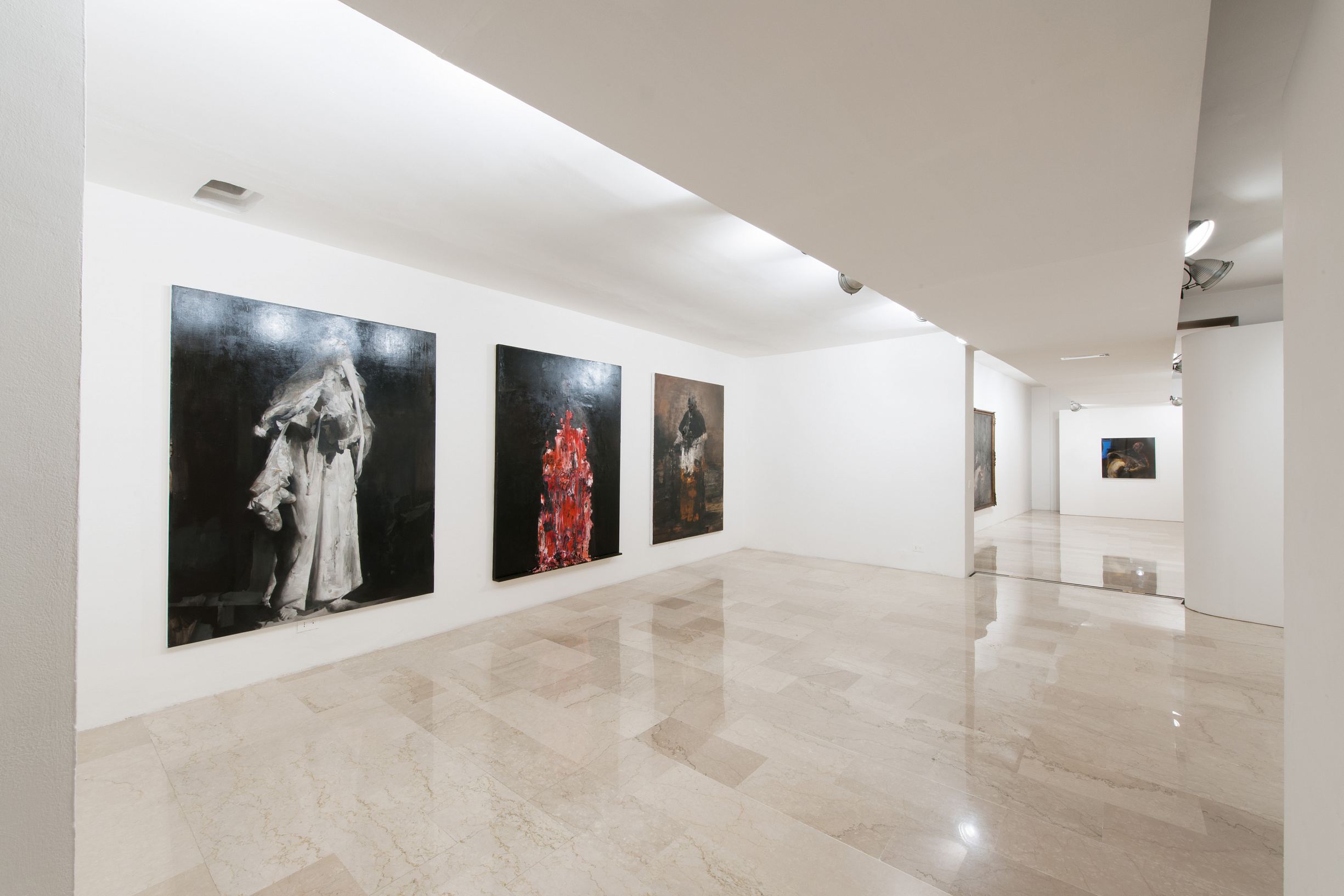 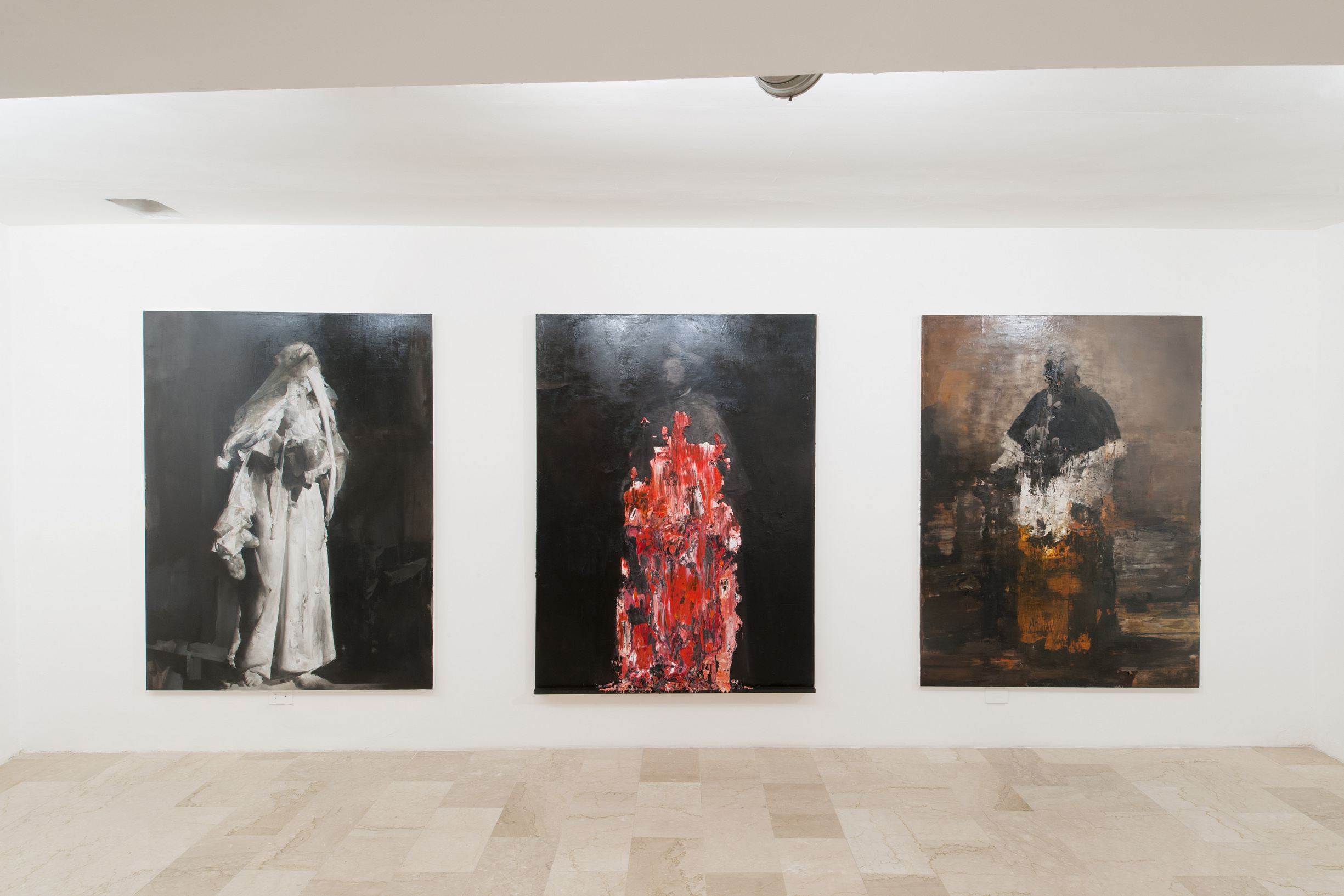 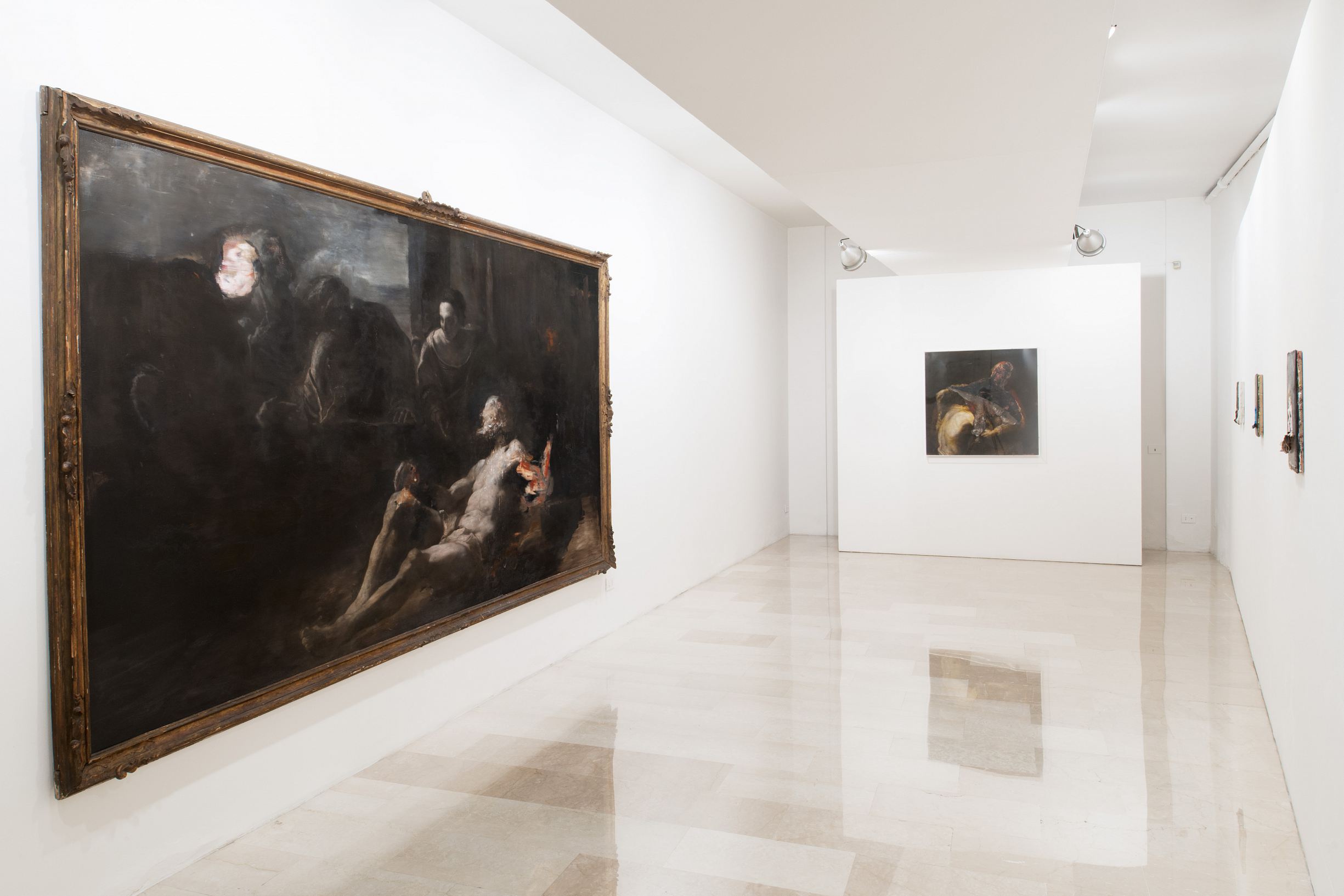 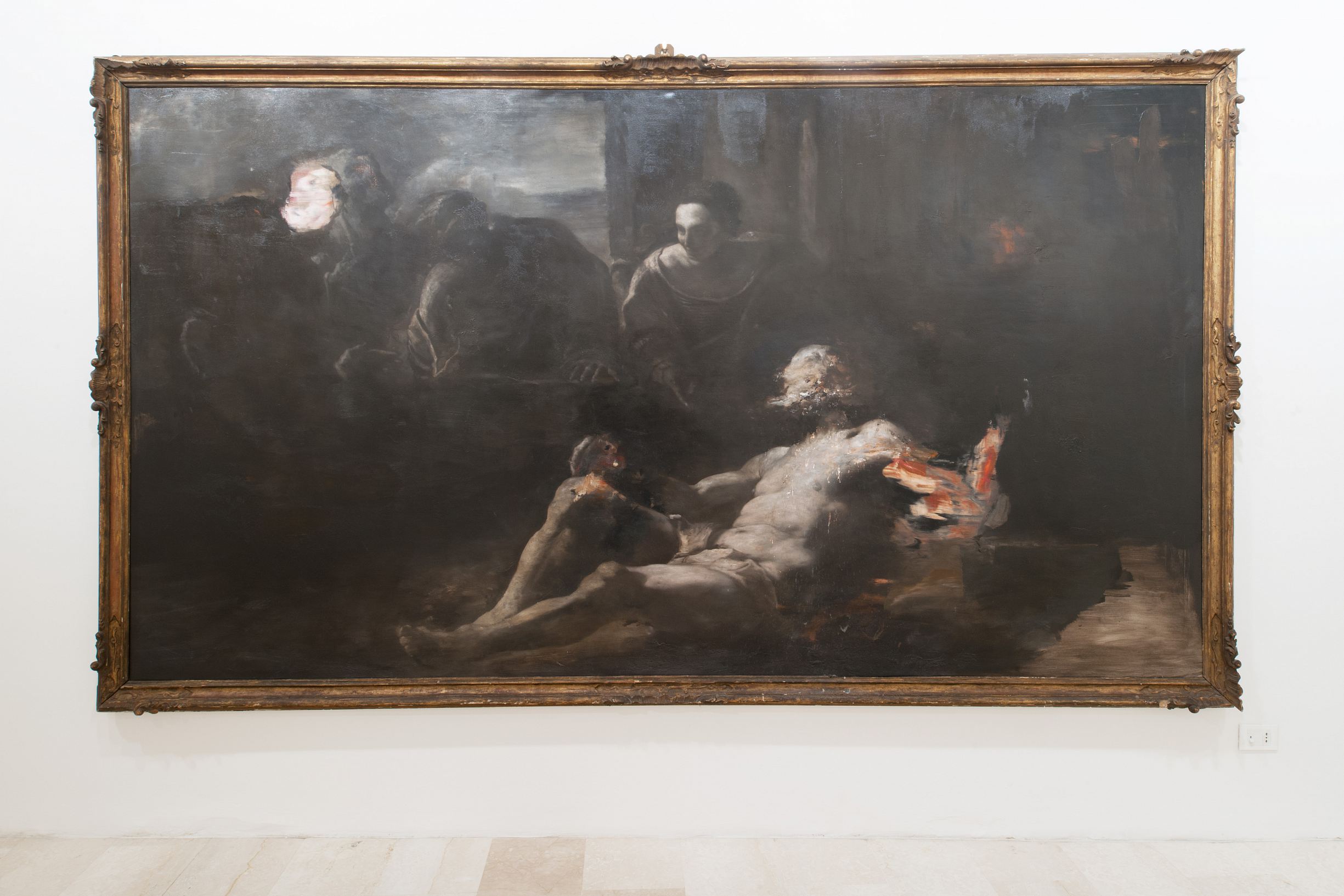 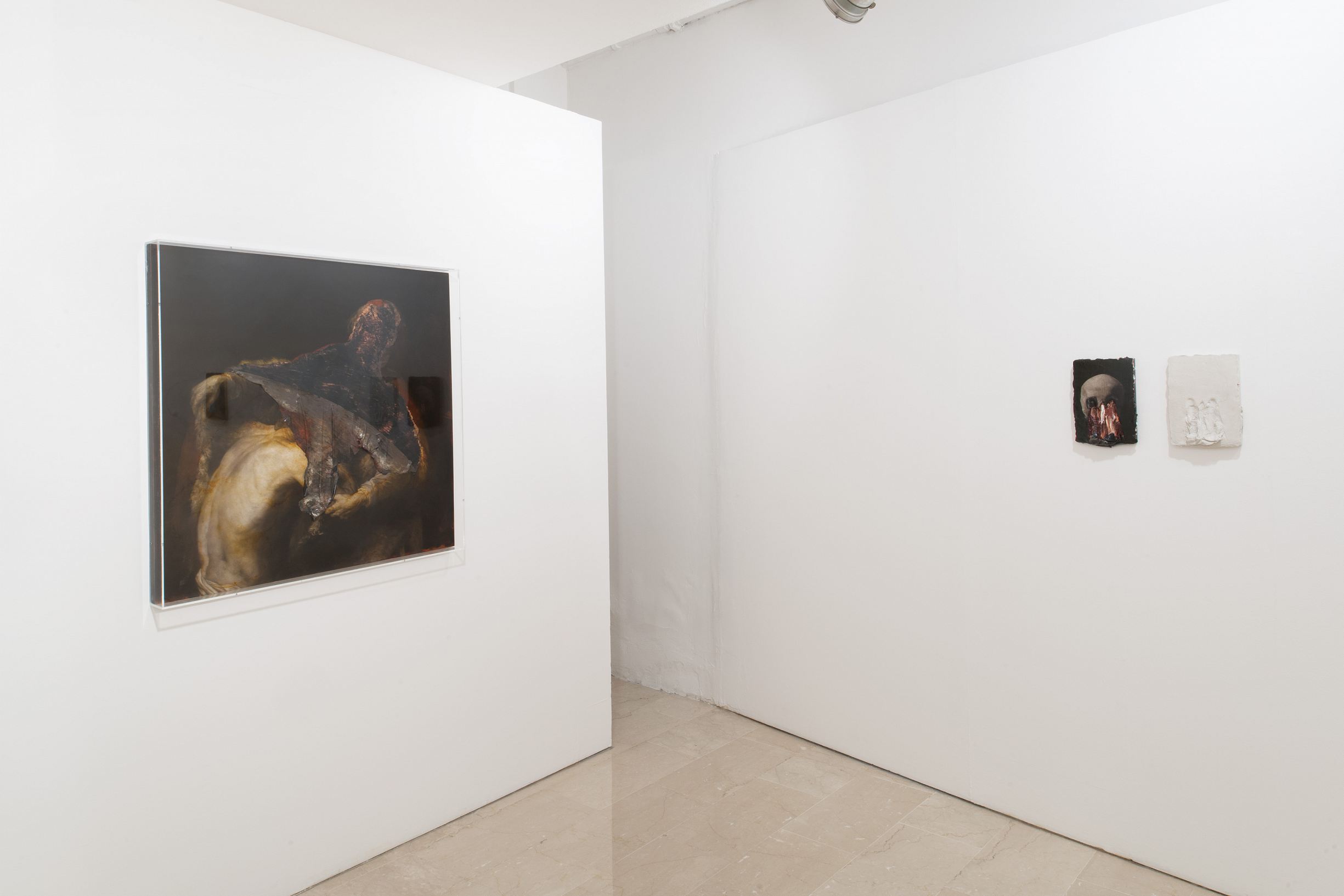 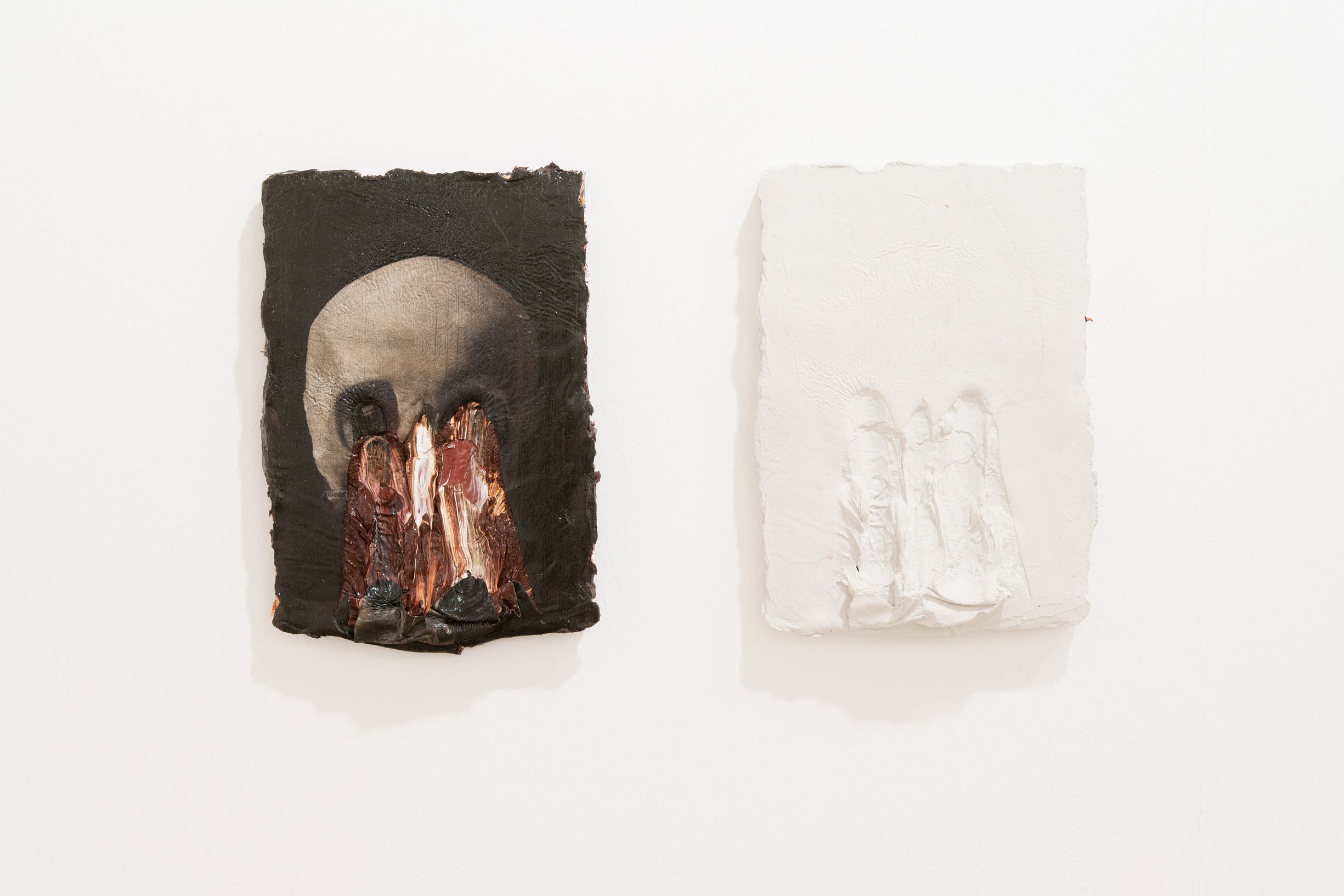 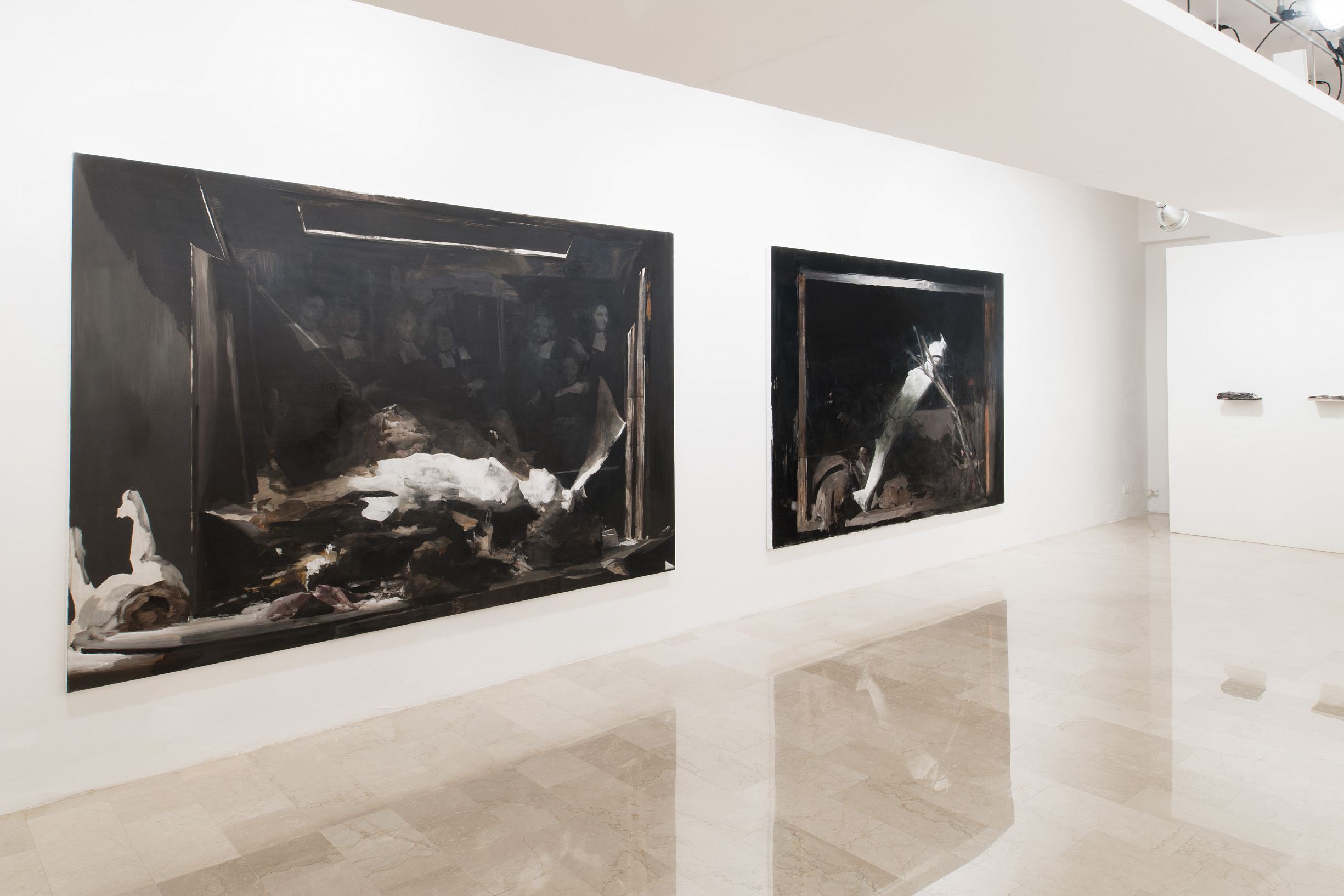 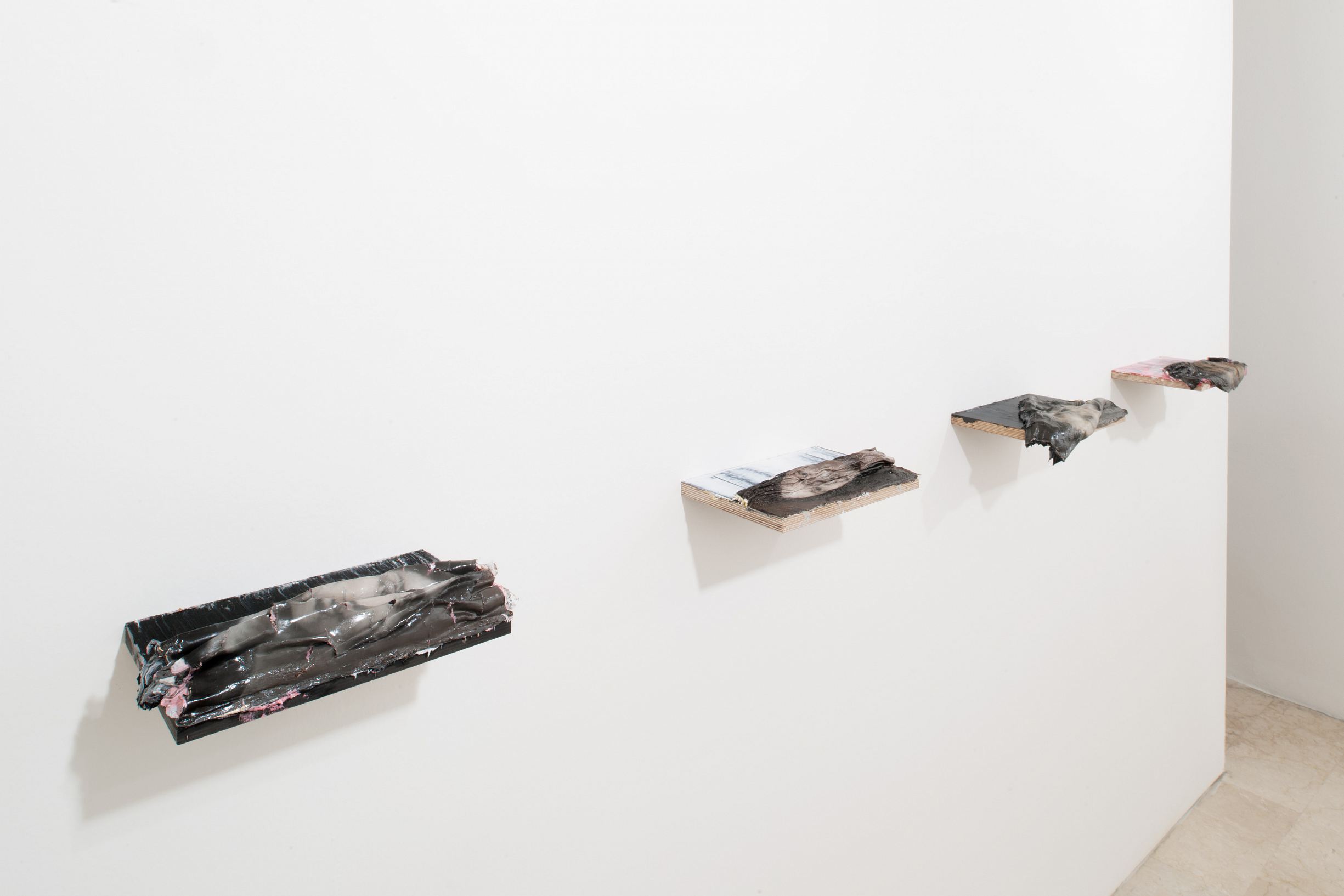 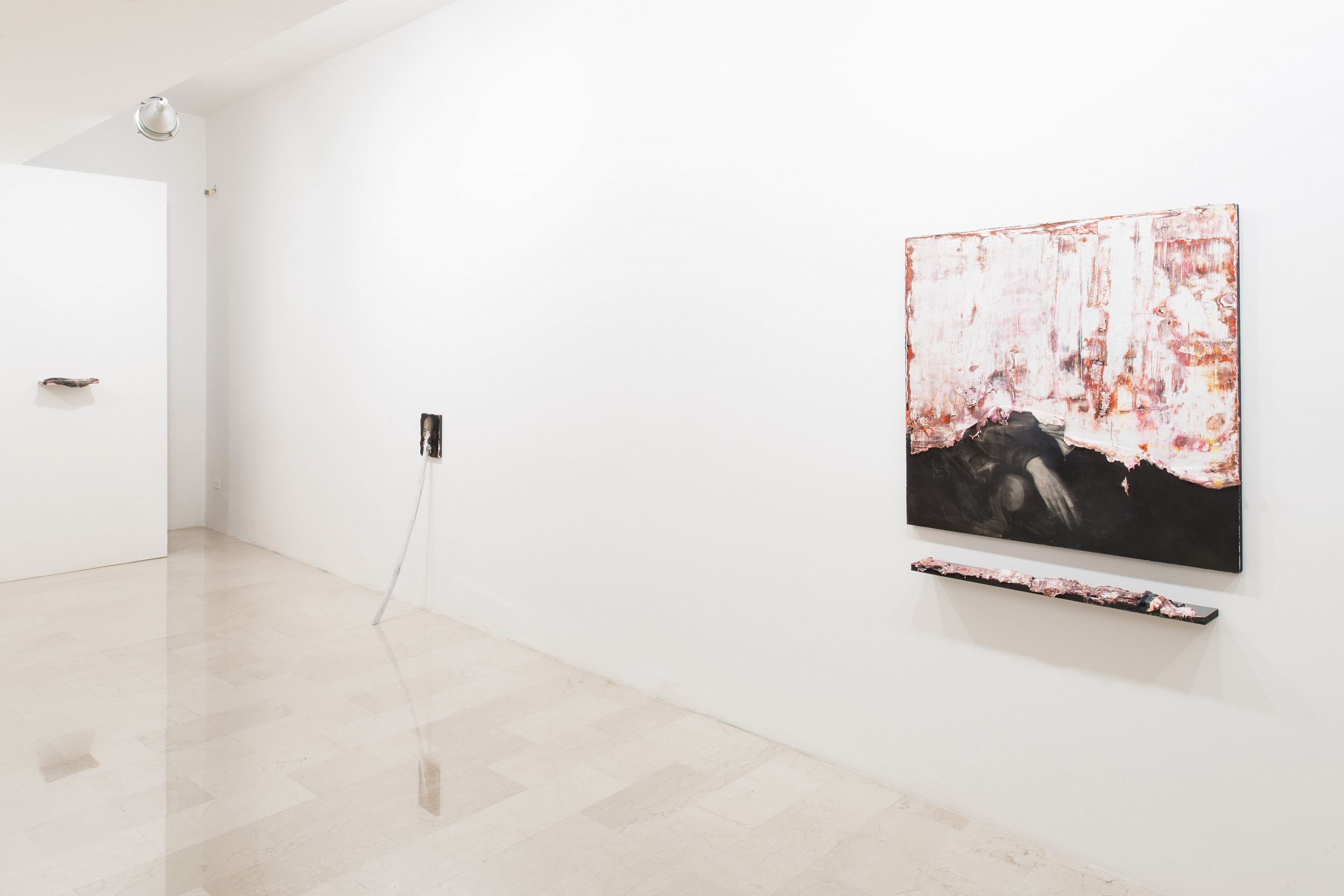 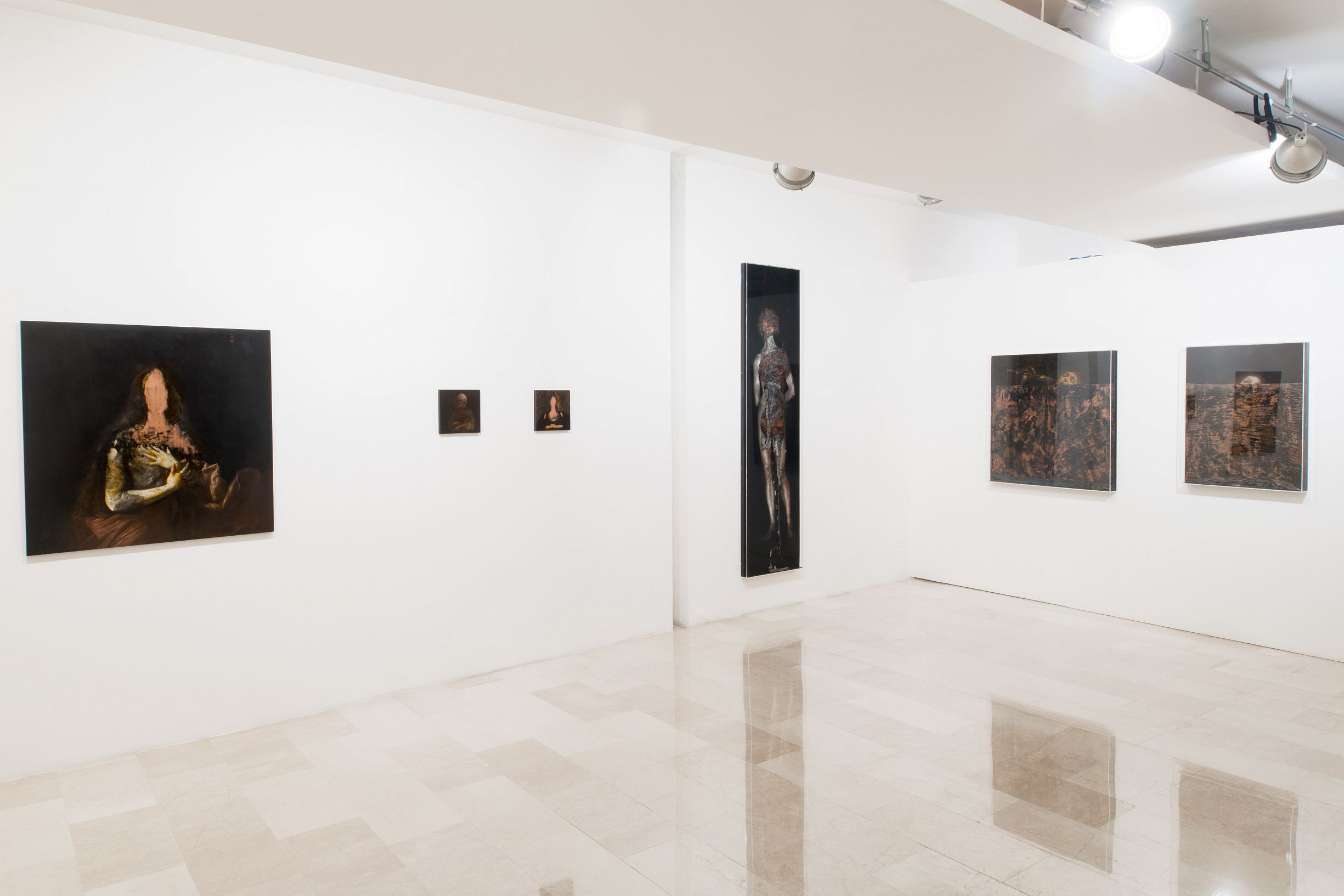 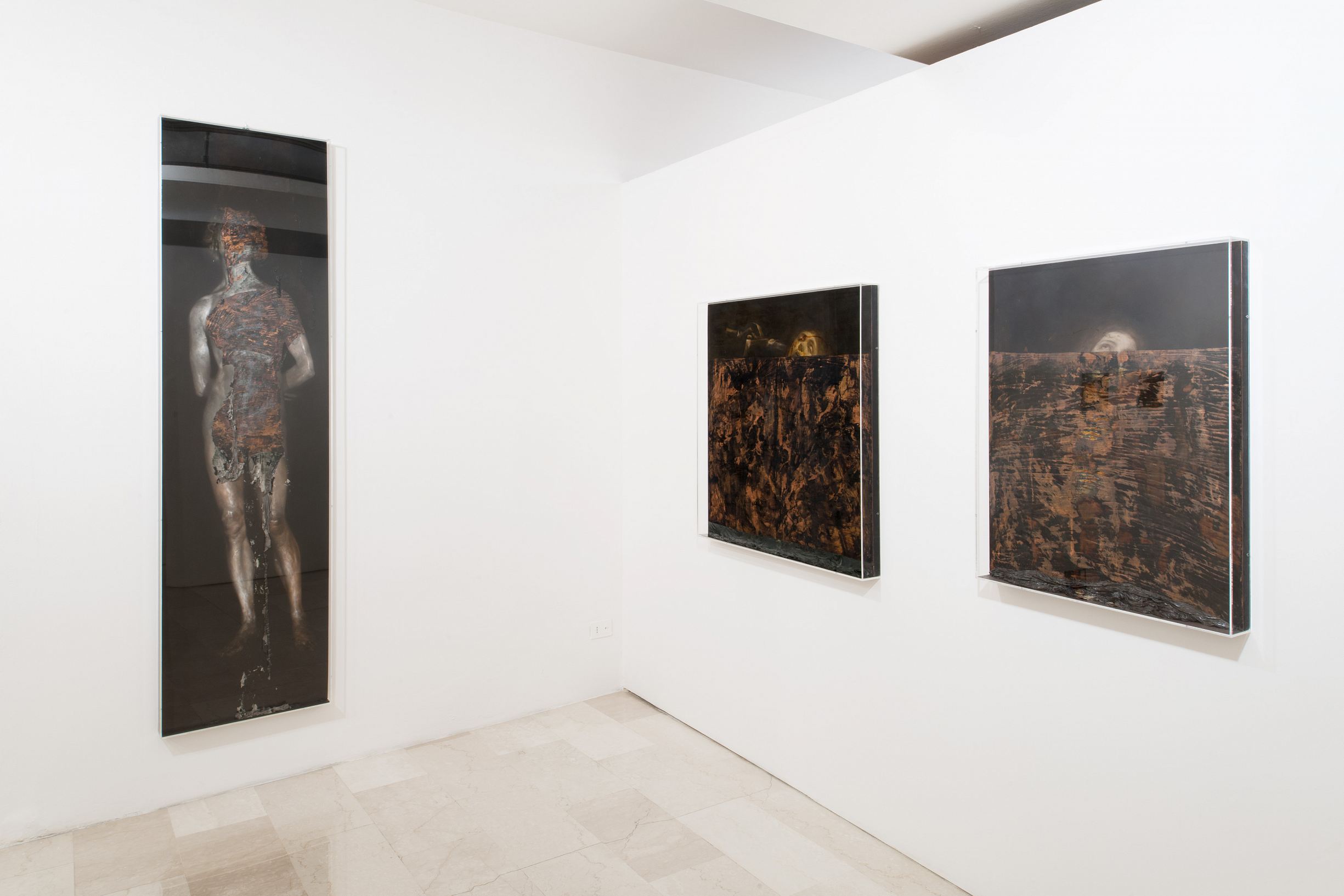 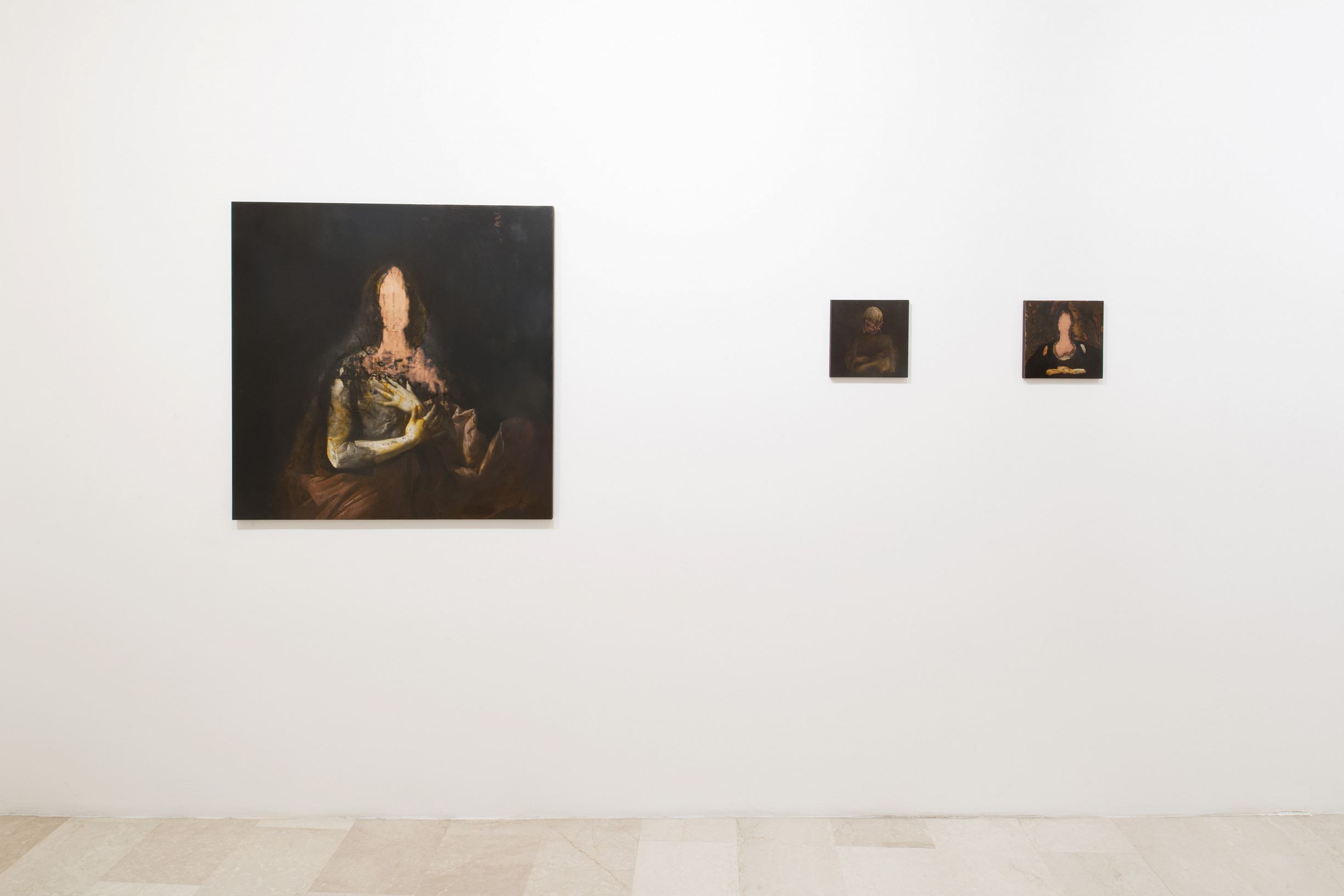 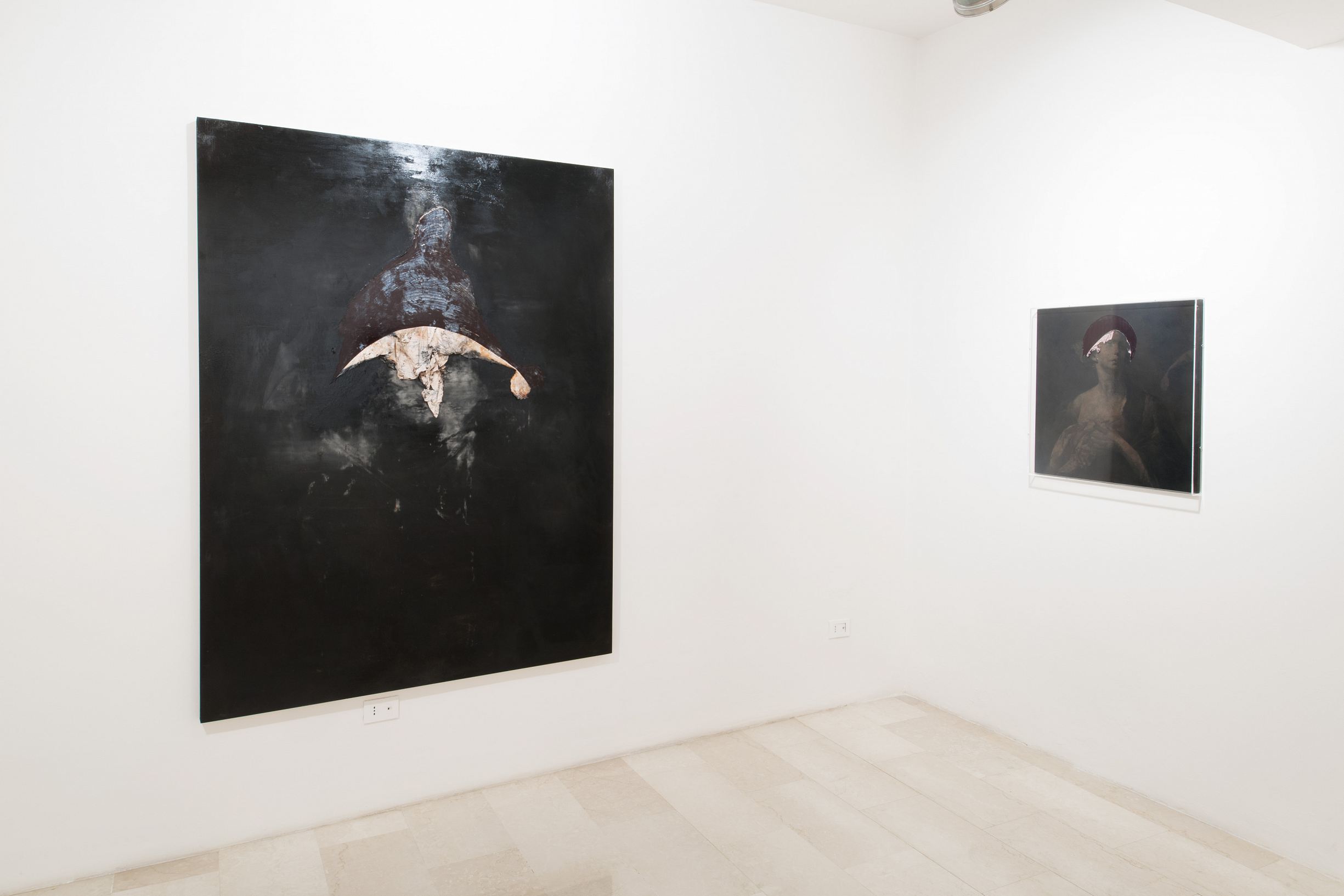 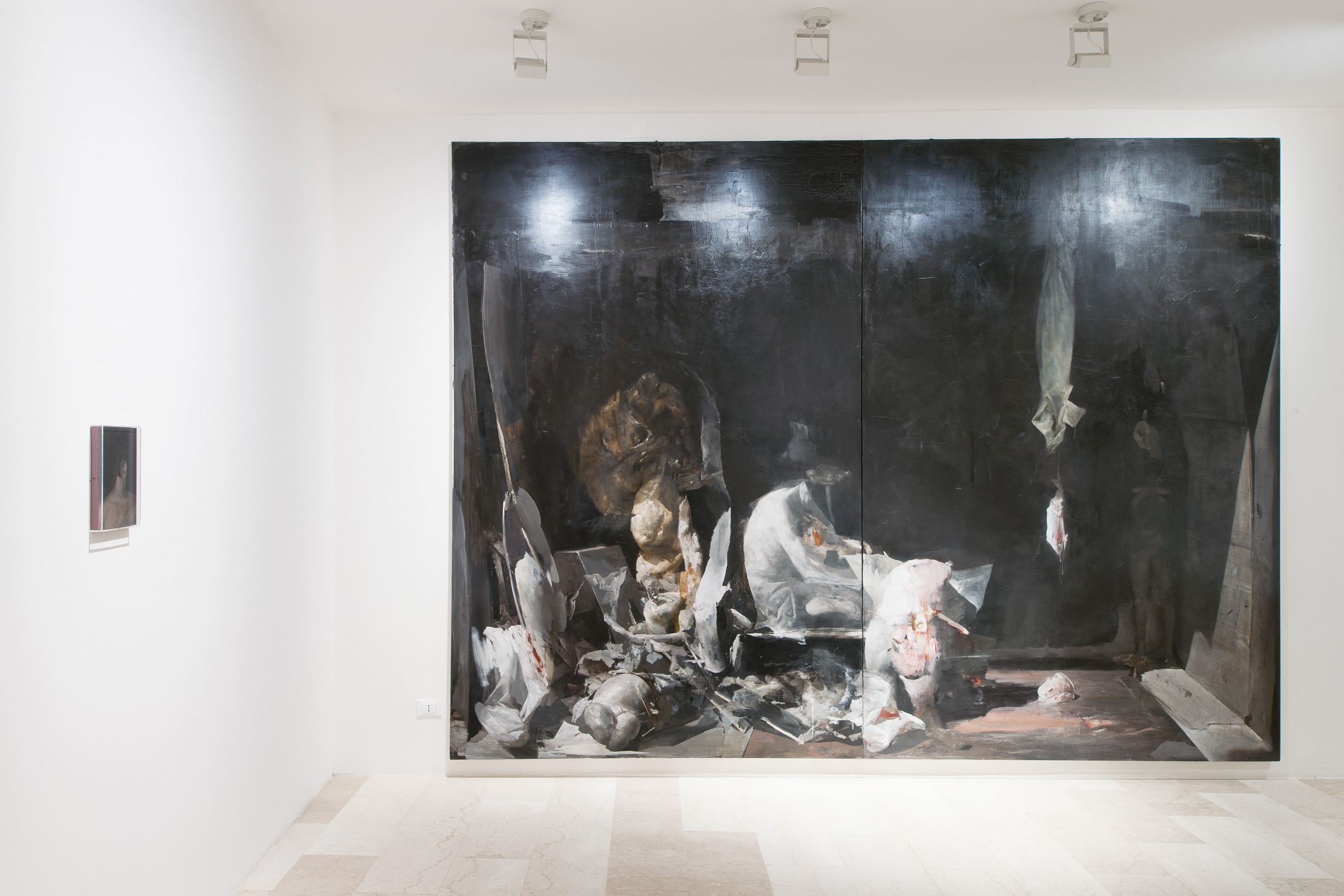 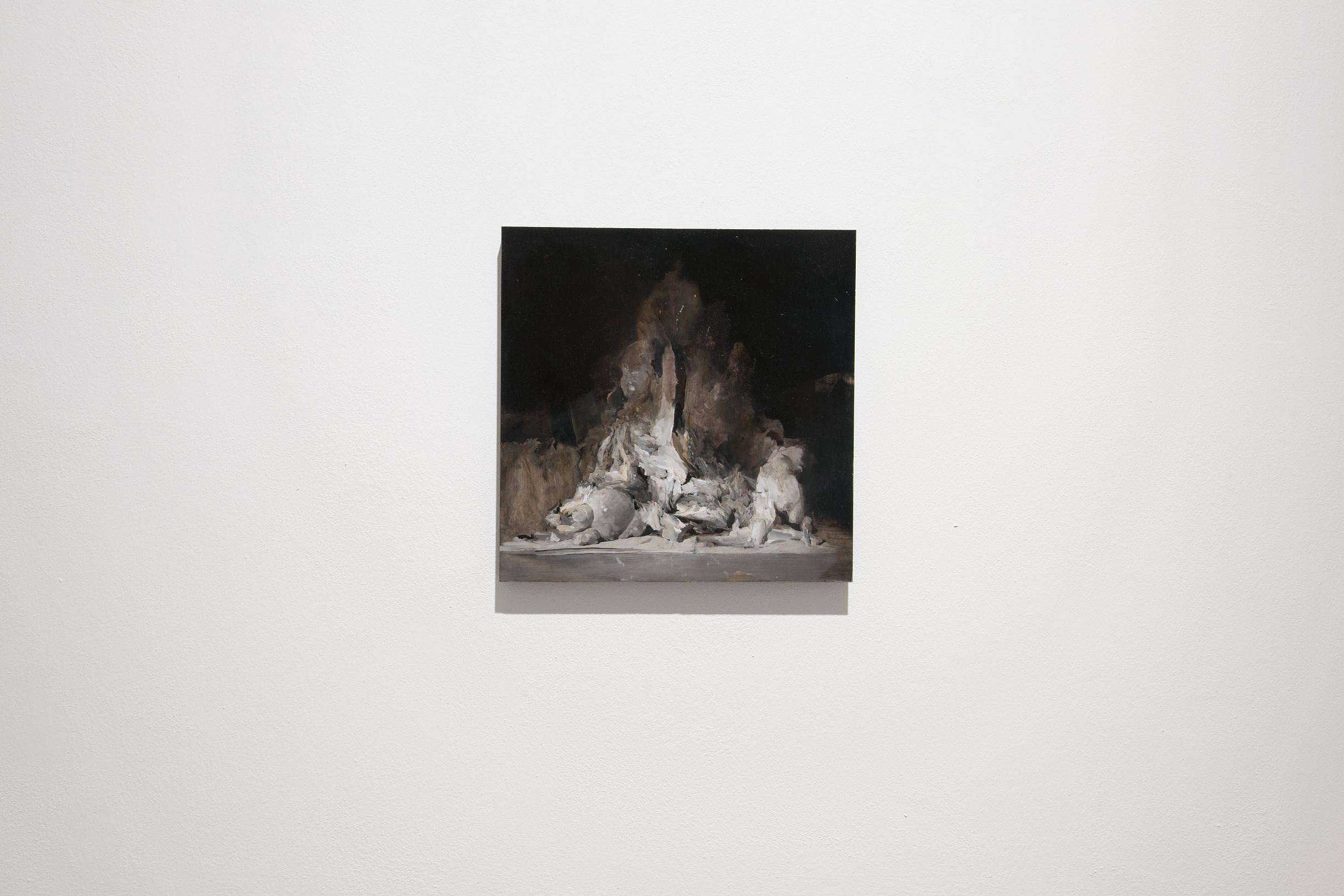