Exhibition is accompanied by a catalogue with critical essays by Tobia Bezzola and a conversation between Olivo Barbieri and Achille Bonito Oliva.

Olivo Barbieri was born in Carpi (MO) in 1954, lives and works in Carpi.
After studied Pedagogy at the University of Bologna and attended DAMS (Discipline delle Arti della Musica e dello Spettacolo) in Bologna, in the early 1970s Barbieri approached the world of photography, concentrating at first on the artificial lighting of cities. In the 1980s he was part of the group of artists gathered around the figure of Luigi Ghirri, who with the project Viaggio in Italia redefined the Italian photography scene. Starting in 1989 he traveled extensively in the Orient, especially in China, developing research – still in progress – on situations of sweeping change and their representation. In 2003 he began the site-specific project that made him famous around the world. From a helicopter, he photographed and filmed over 40 cities, including Montreal, New York, Los Angeles, Shanghai, Bangkok, Chicago, Istanbul, Tel Aviv, Amman, Rome, in order to investigate and discover their form. To create his images, for about one decade starting in 1999 Barbieri used the technique of selective focus, through which it is possible to put certain details into focus, leaving others in a blurred state, making real places seem like miniature models. Barbieri seems to be constantly questioning to what extent reality exists in our system of life, or just how deeply our perception is liable to understand what surrounds us. In 2008 he completed the project TWIY for Museo di Capodimonte in Naples, a study on the photography archives of the museum and its legacy of memory. For every series, the artist has made not only images, but also artist’s books and films. Barbieri has shown work at the Venice Biennale in 1993, 1995, 1997, 2011 and 2013, as well as in many exhibitions in leading international museums. His images are included in important public collections, including those of MAXXI Rome, GAM and Fondazione Sandretto Re Rebaudengo in Turin, Museo di Capodimonte in Naples, the Milan Triennale, Museum Folkwang in Essen, CCA in Montreal, SFMOMA in San Francisco and MoMA New York.


The exhibition features a selection of 20 large photographs made in 2016 and 2017 in Italy and the United States (California, Nevada and Arizona) by Olivo Barbieri, a visionary explorer of urban areas and places in transformation, who has always conducted painstaking research on modes of perception, selective focusing, renderings and aerial views. The exhibition is accompanied by the catalogue American Monument and Monument with an essay by Tobia Bezzola and a conversation between the artist and Achille Bonito Oliva. Tobia Bezzola writes that “Barbieri’s work can be understood as a study in iconography: it explores elementary forms, archetypes that become visible behind the surface of everyday phenomena. […] What therefore makes Olivo Barbieri’s American Monument and Monument so significant is that it is perhaps the first major post-American photographic study of Americana. The exotic image of America promulgated in the post-war period in Europe has been fossilized into a monument, which in turn can be knocked from its pedestal to allow its inherent and supra-American deeper iconological content to be called into question.” In the conversation with the artist, Achille Bonito Oliva asserts that the photography of Olivo Barbieri is “paradoxically neither abstract nor figurative, it leans towards what I call the figurable, allowing us to suspect the evidence of things and at the same time, let’s say, to shift them into a perspective of the probable. It is like passing from a statement to a question.”
EXHIBITION VIEW 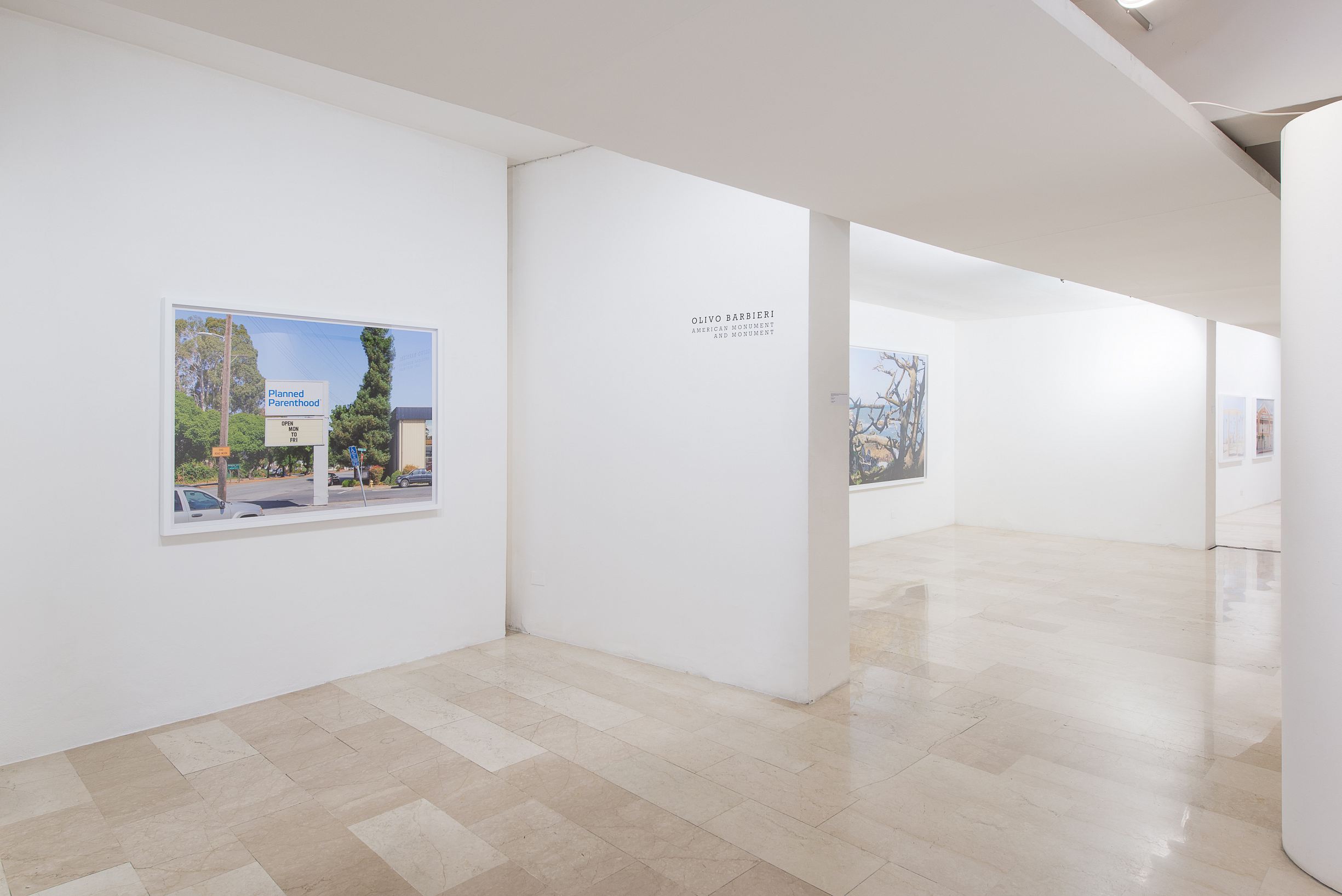 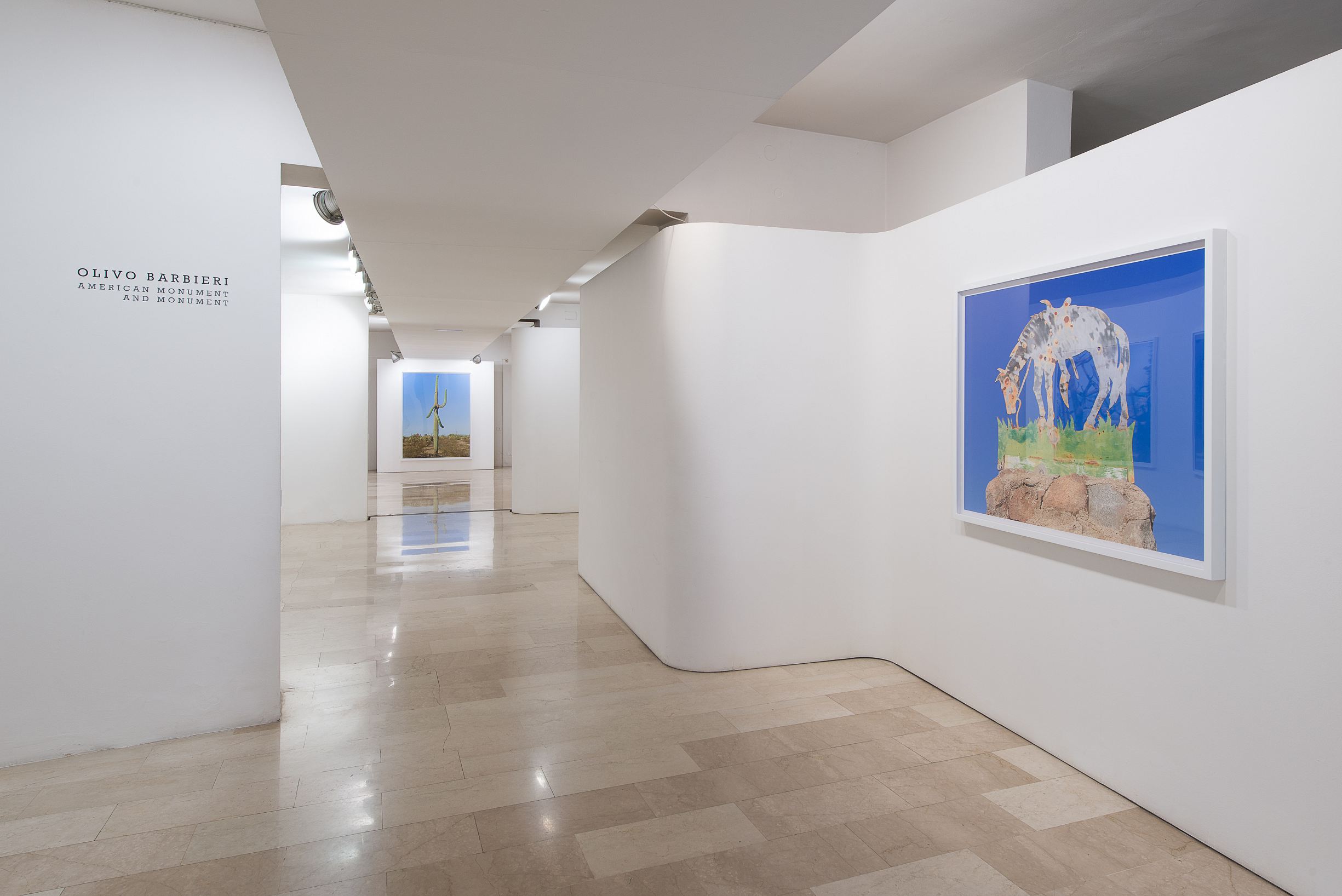 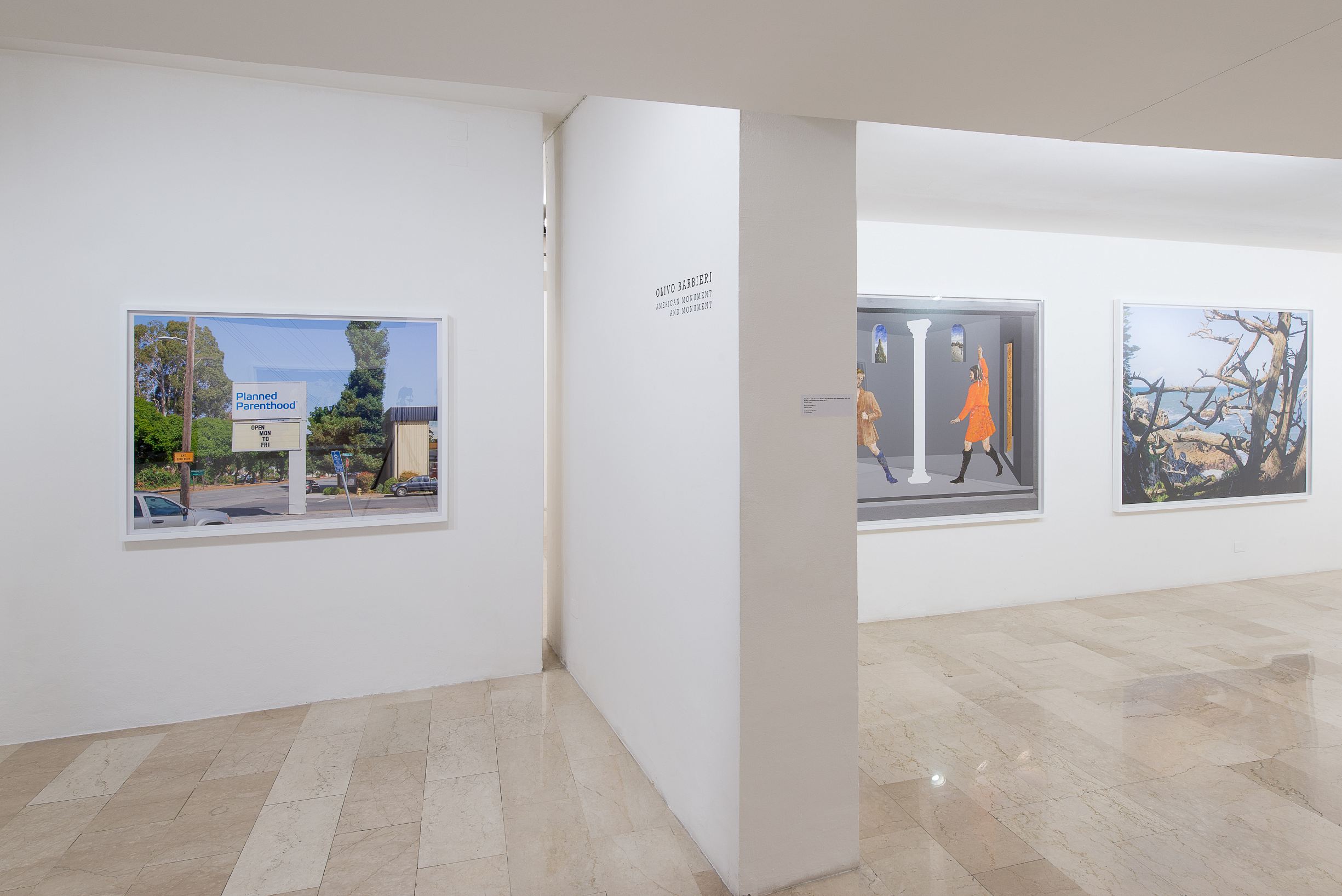 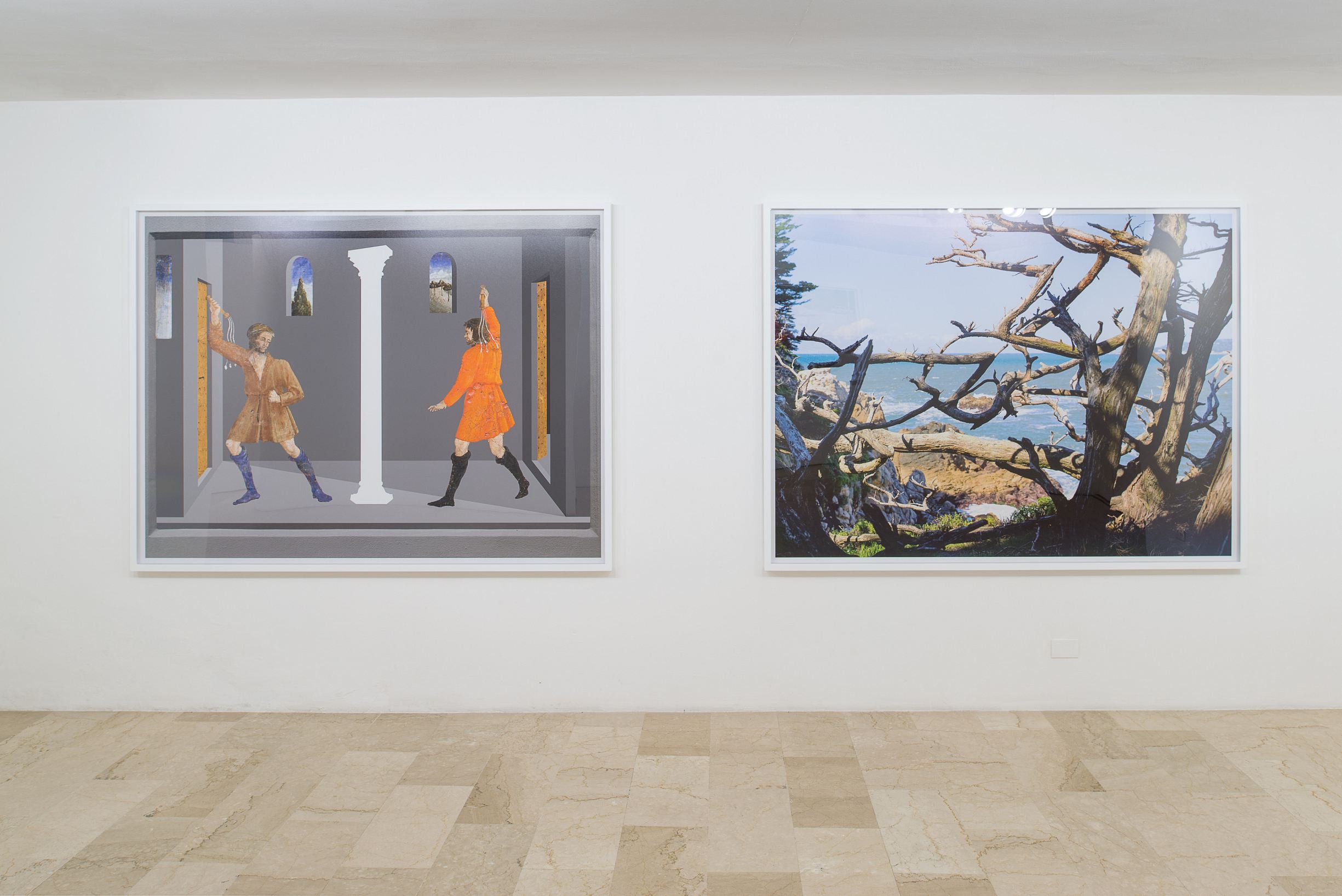 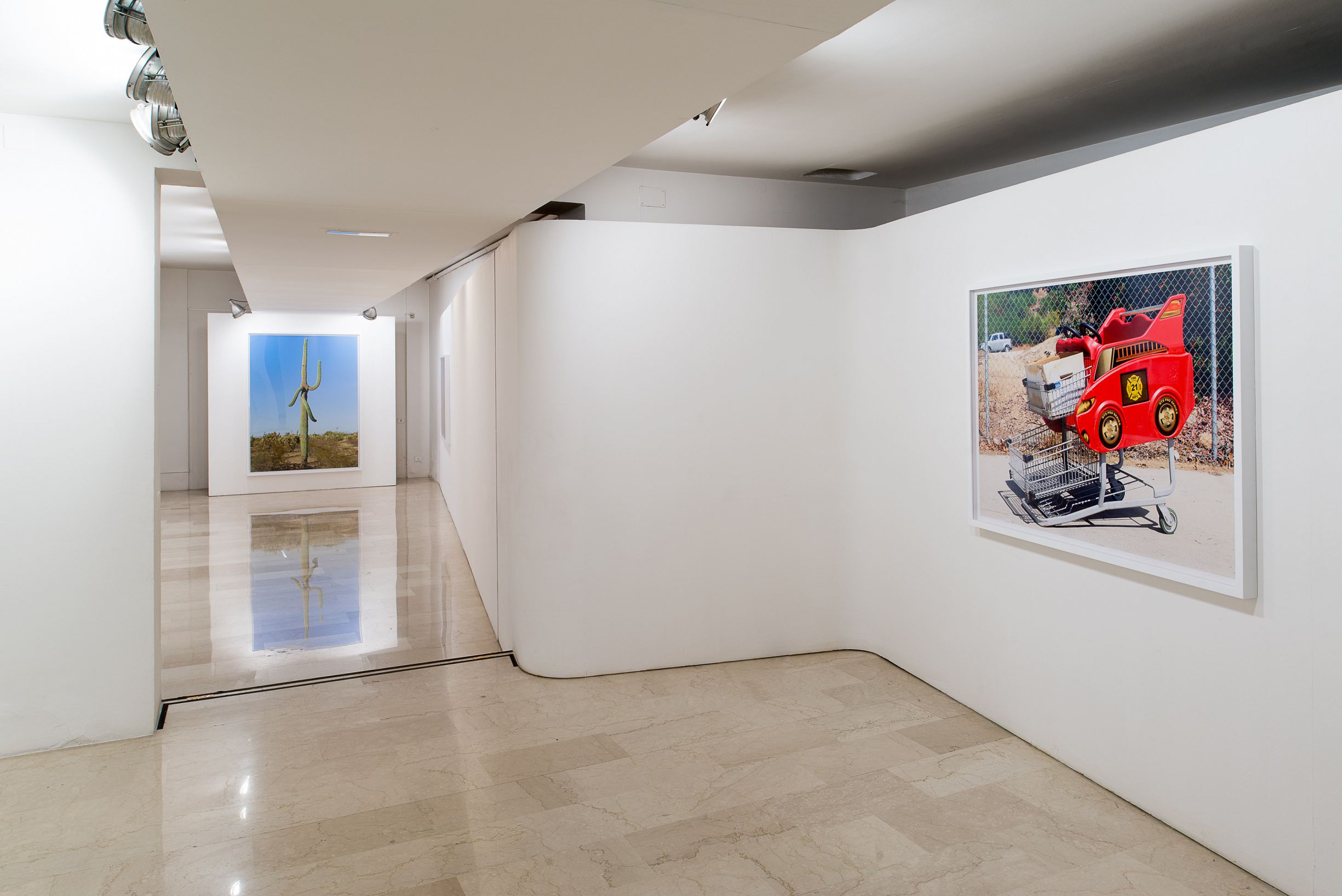 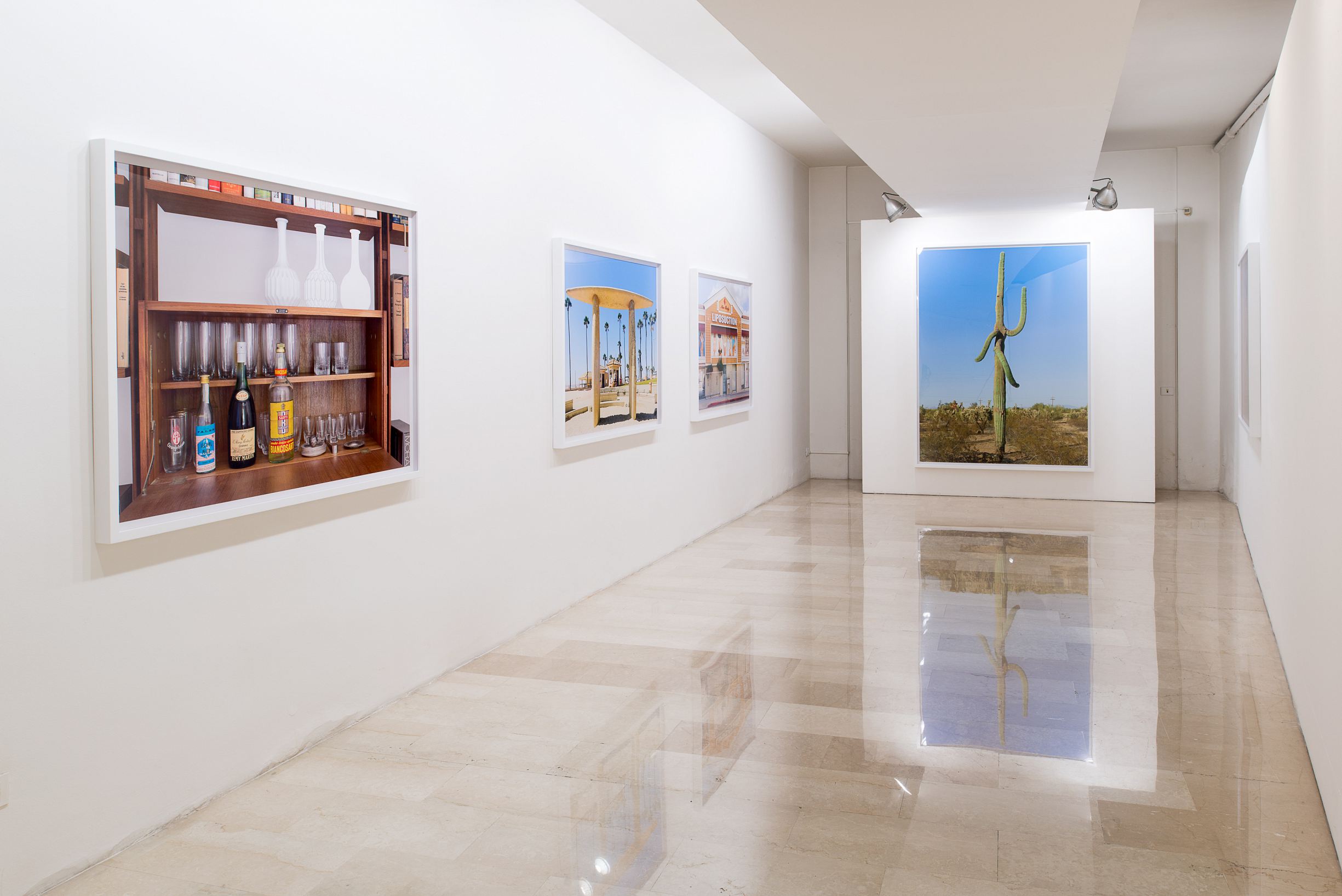 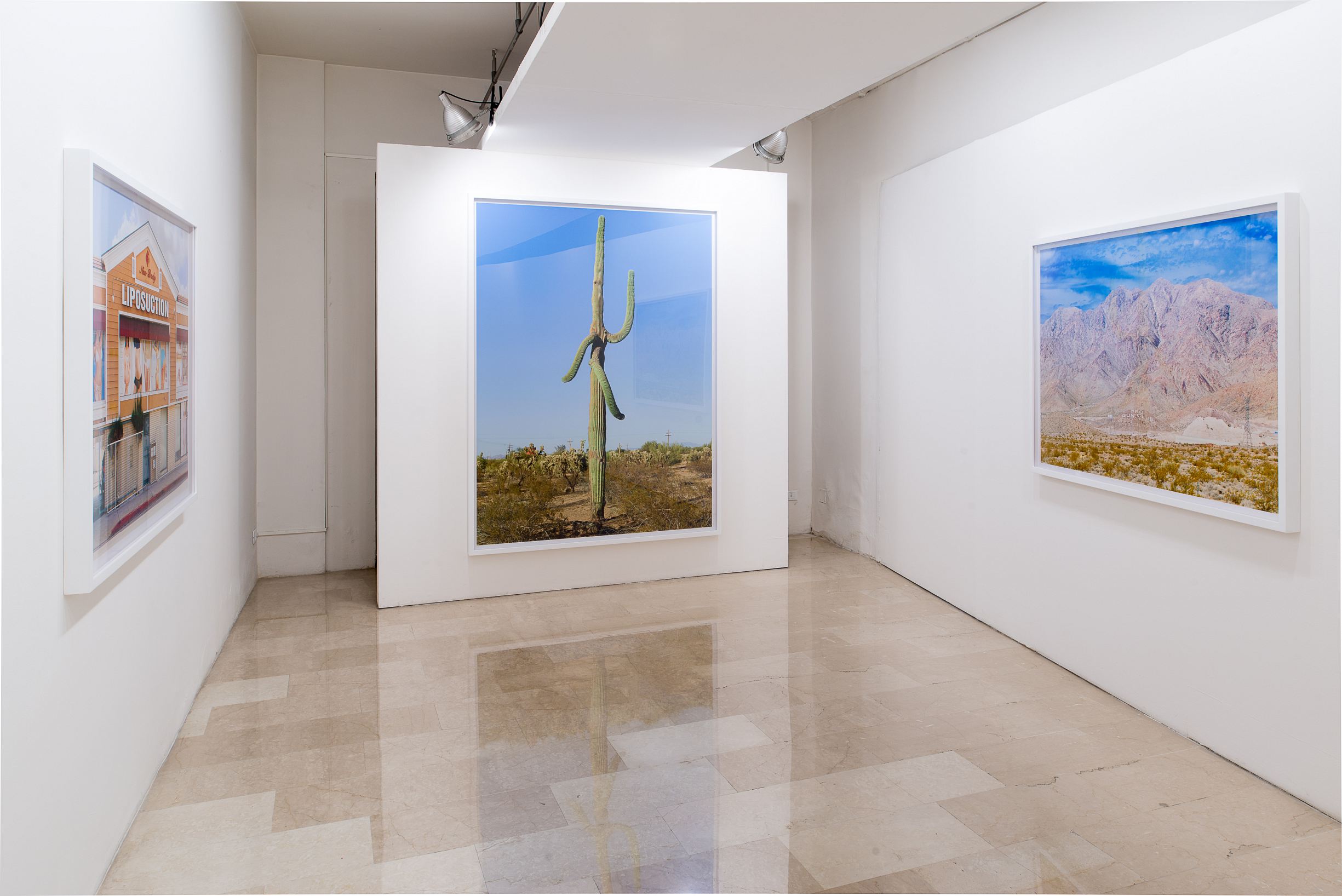 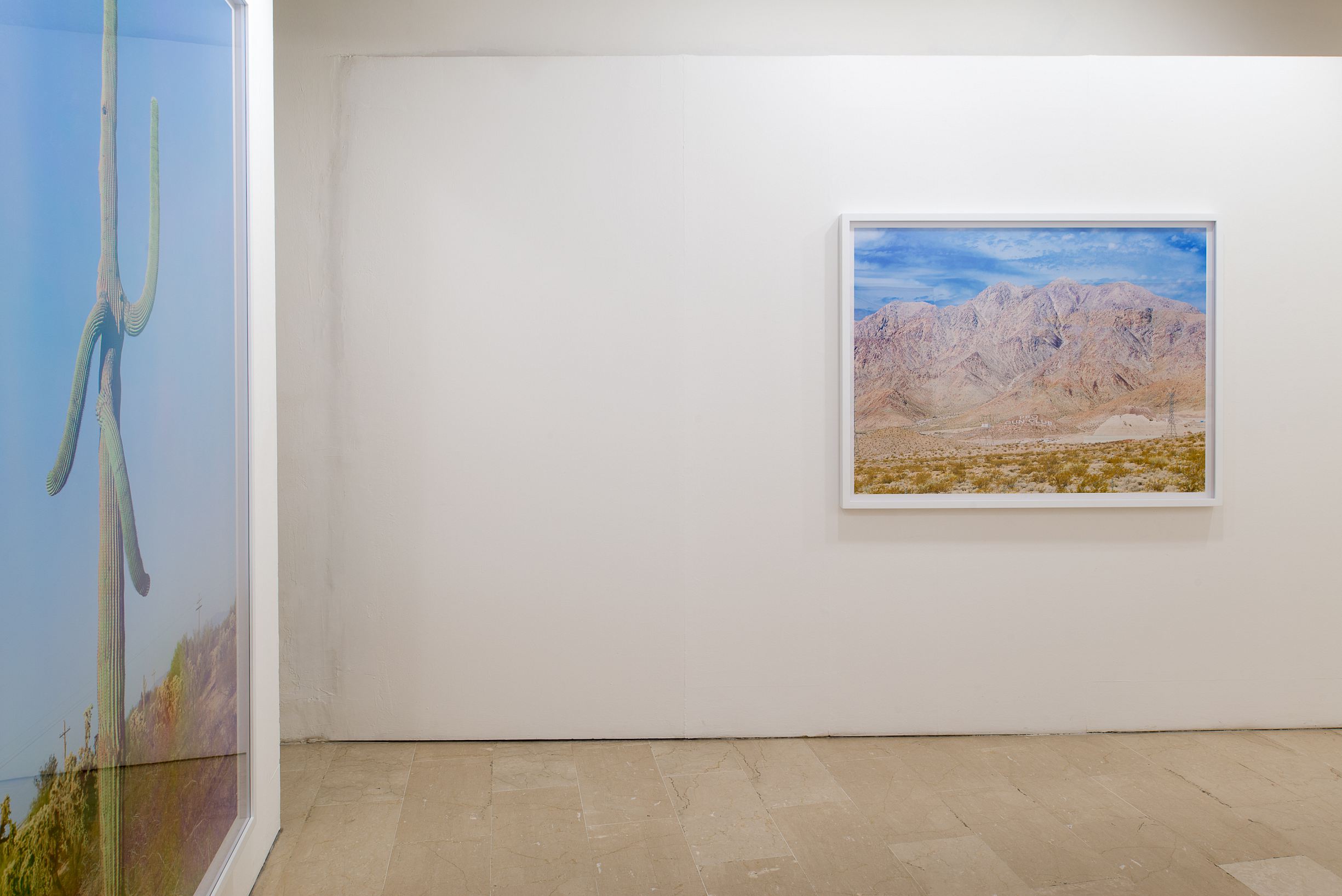 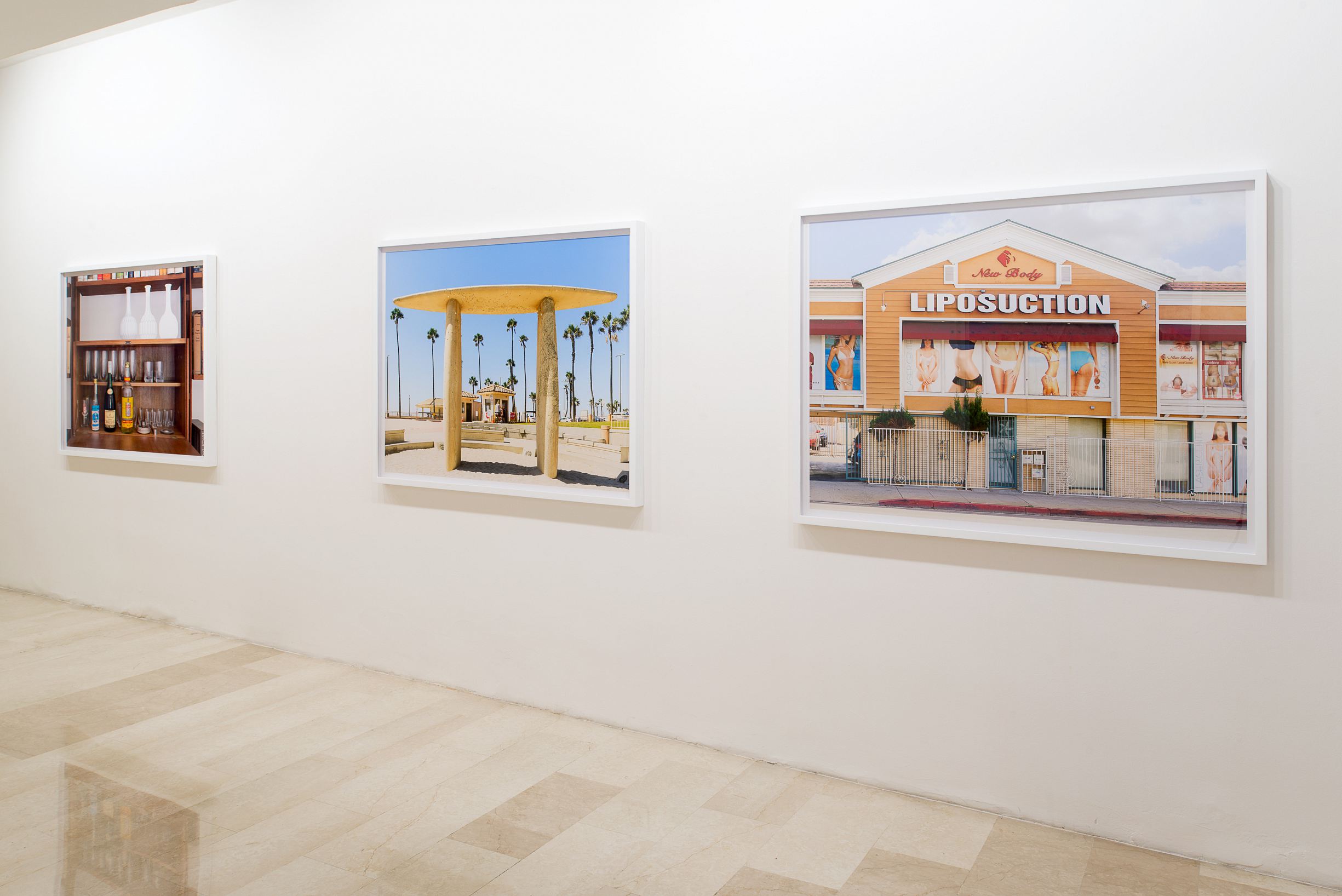 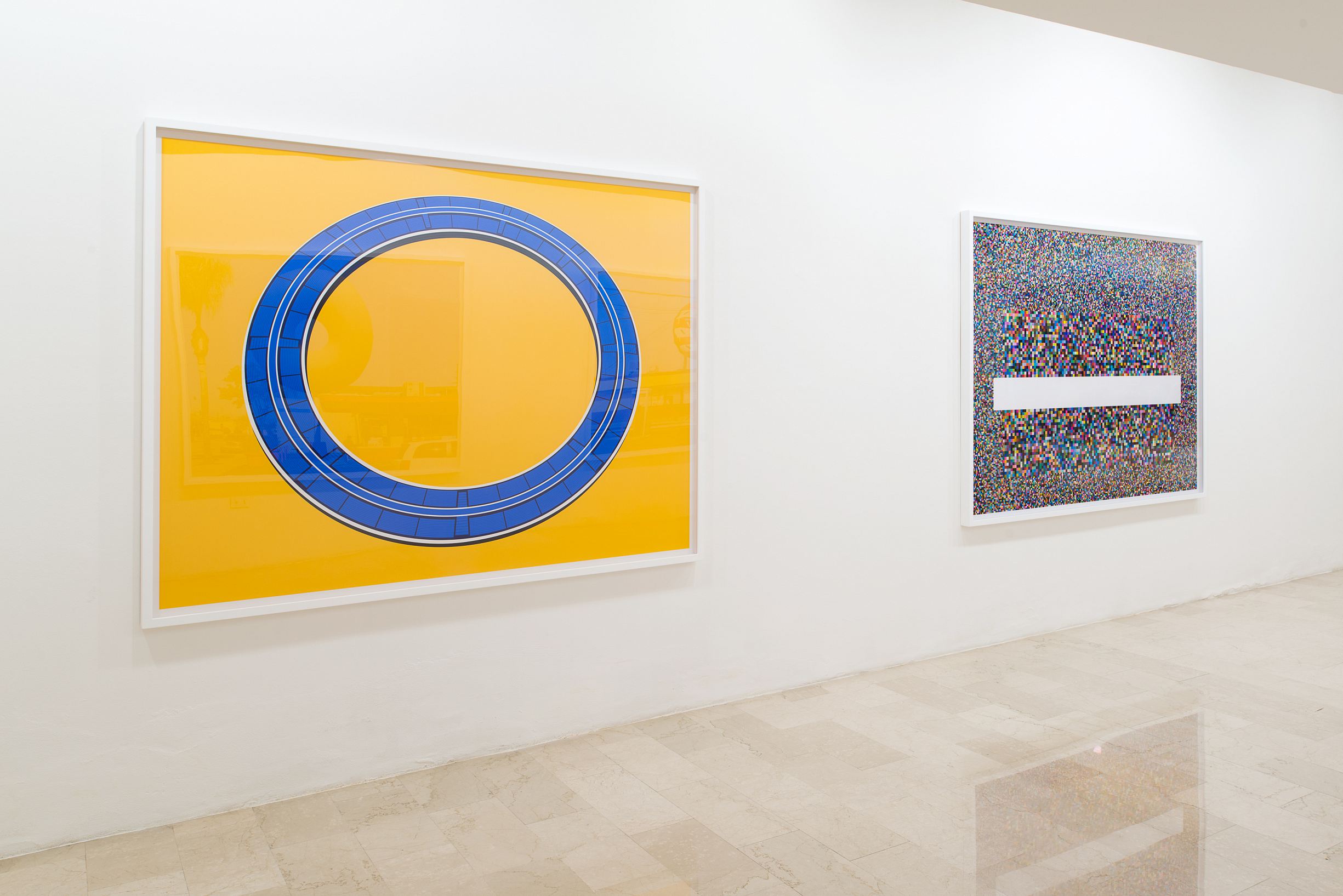 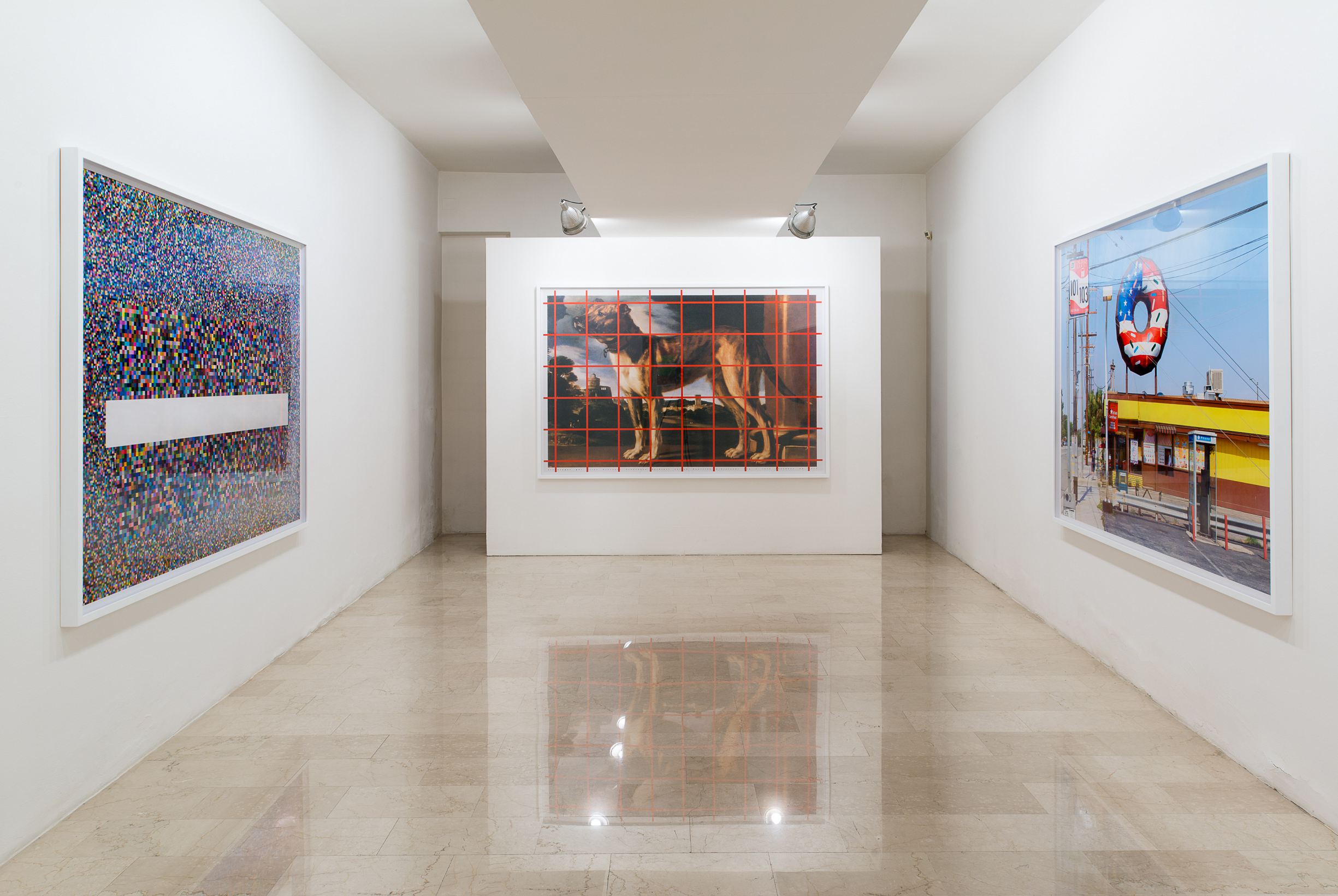 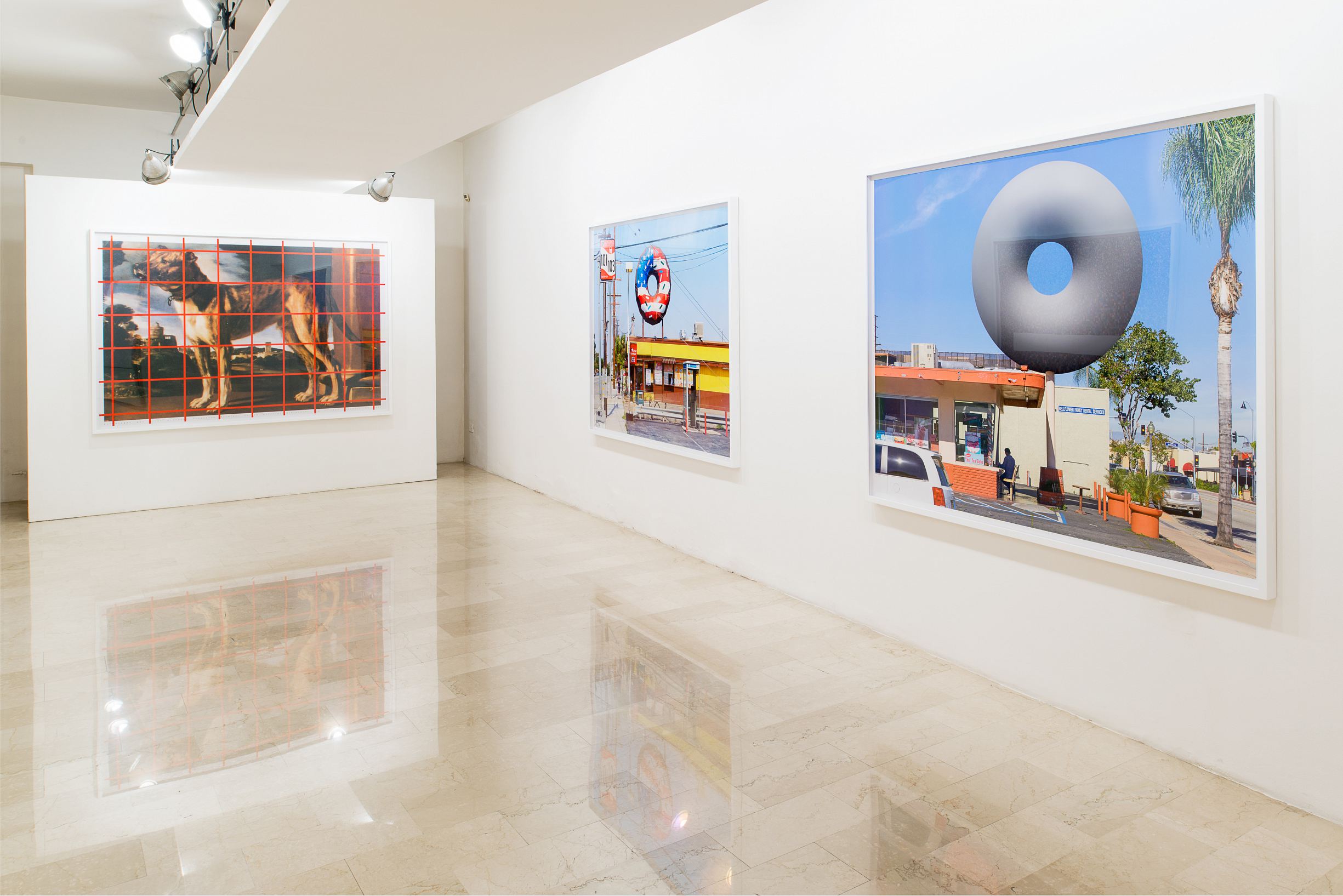 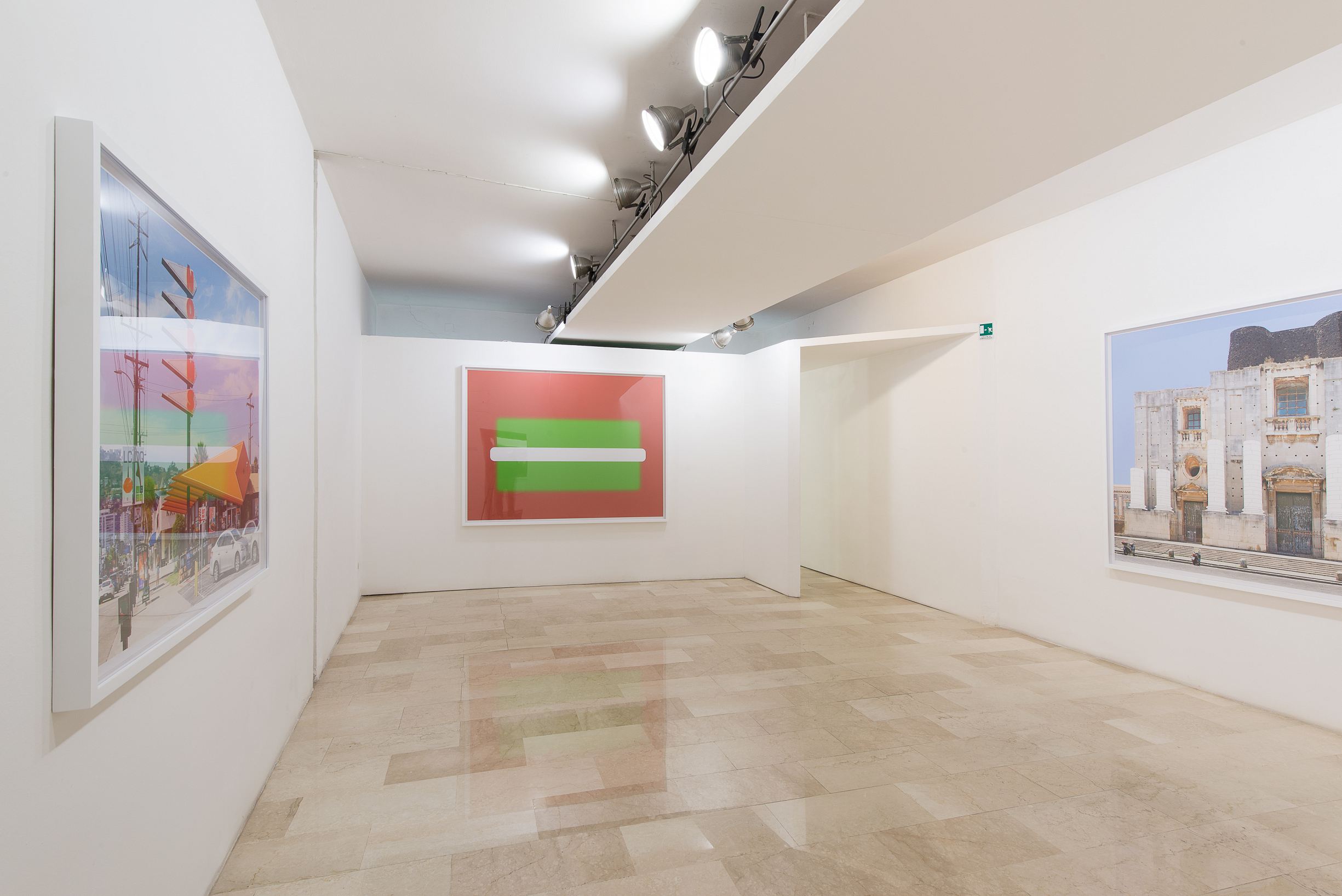 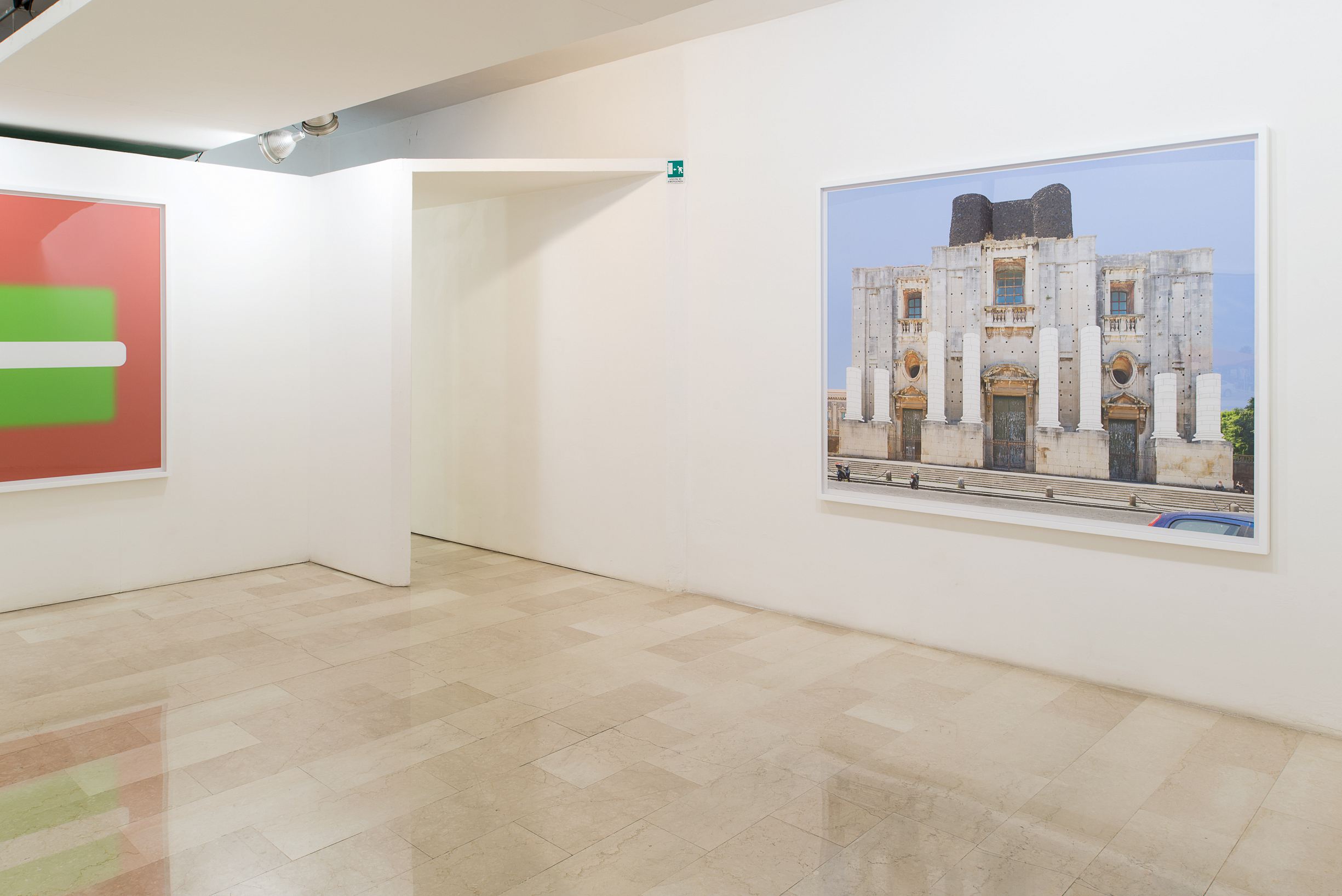 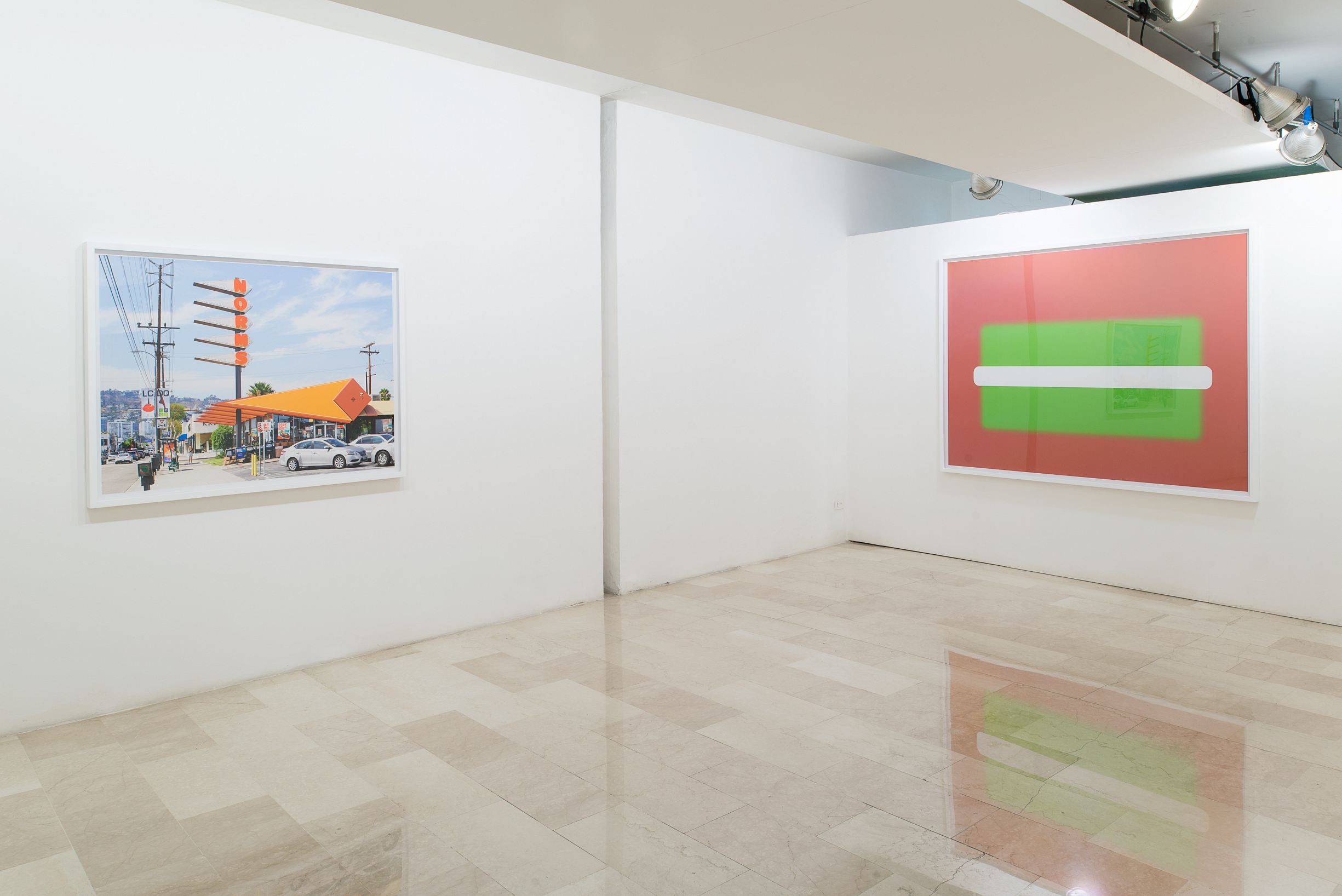 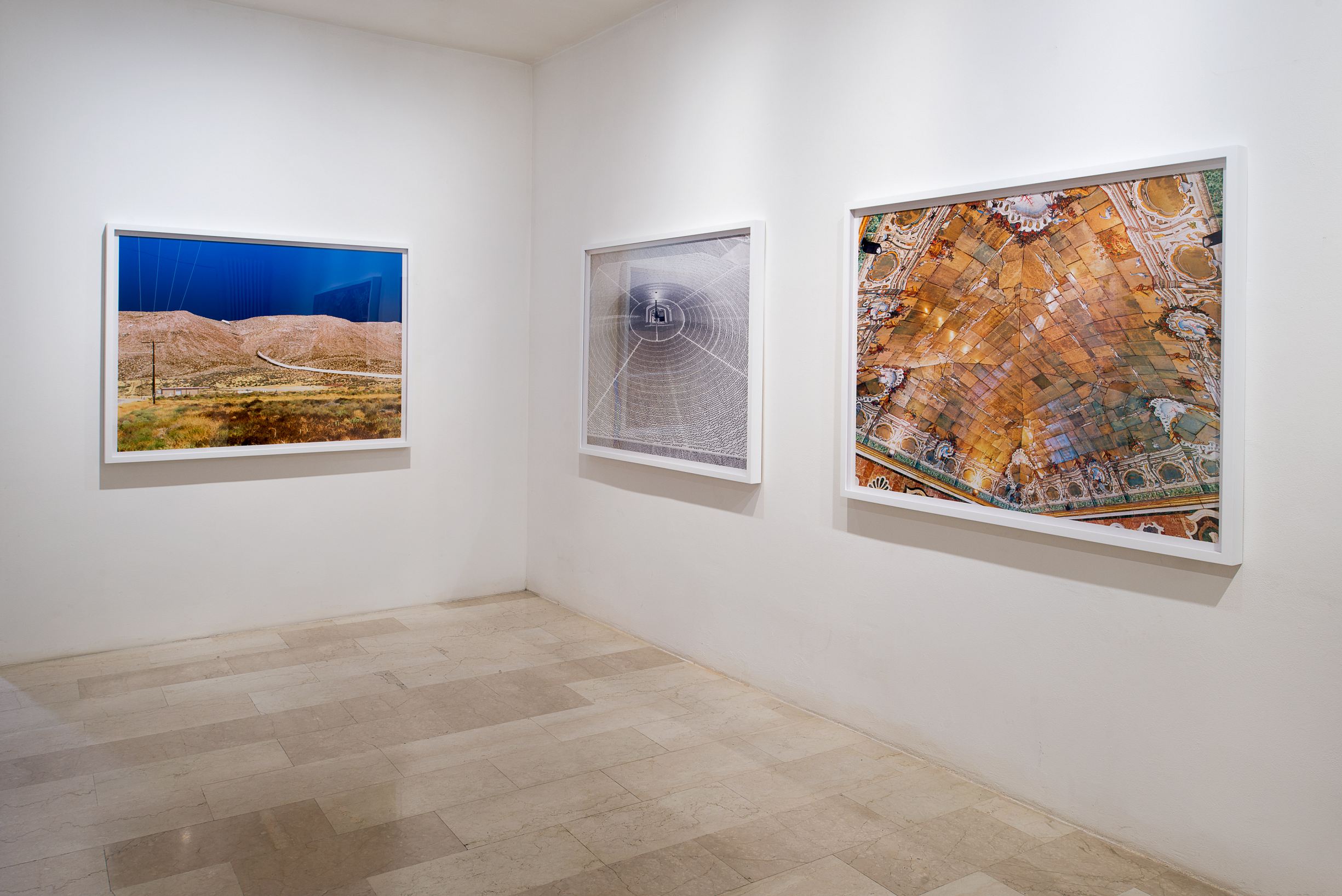 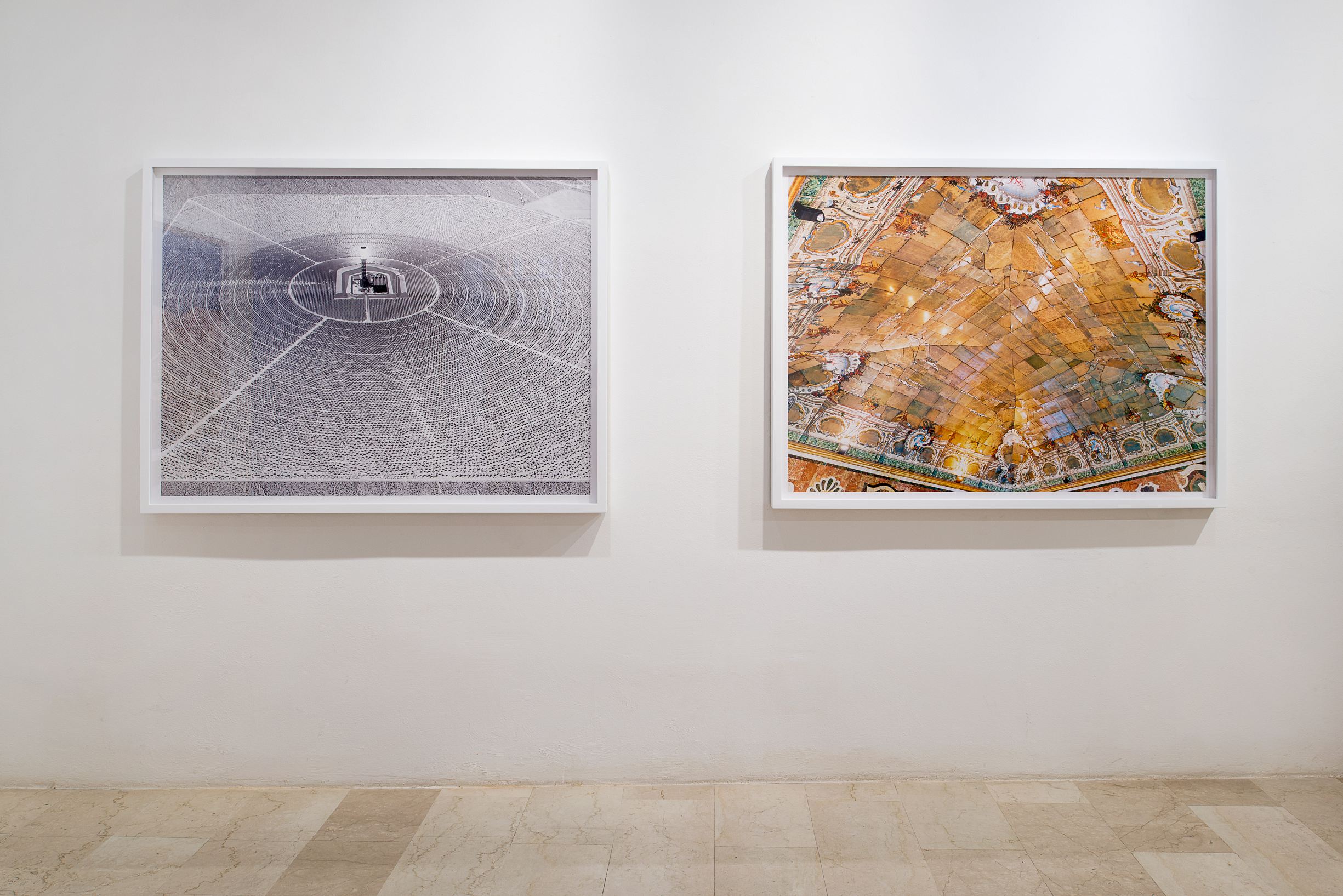