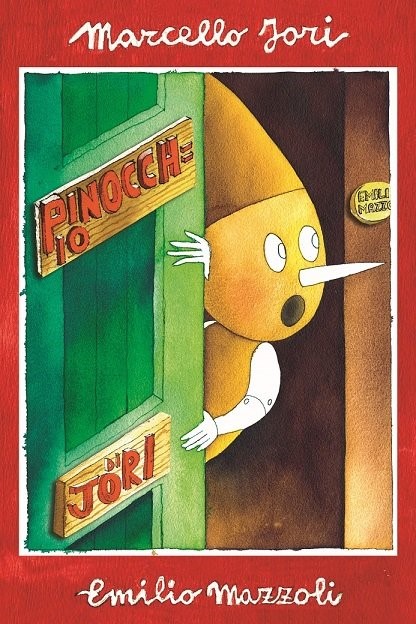 During the exhibition we will present the artist book Pinocchio, handmade written and illustrated by Marcello Jori.


Galleria Mazzoli and Marcello Jori pay tribute to the great masterpiece by Carlo Collodi, The Adventures of Pinocchio, with an exhibition dedicated to the most famous puppet of all time.
Marcello Jori has created a handwritten and illustrated version of the tale, bound by hand in three volumes, which will be on view at the gallery together with large and small works in watercolor and acrylic on paper, as well as oil paintings on panels. In the works on the walls, Pinocchio escapes from his book and enters the art of life, and the life of art.
The manuscript has been used to make a printed version of 500 numbered copies, an edition by Galleria Mazzoli that will be presented in coordination with the exhibition, together with the catalogue of the works in the show, also in a limited edition of 500 numbered copies.
The idea of creating this new edition of Pinocchio is the result of the great affection of the director Emilio Mazzoli for this story, a classic of children’s literature which he has collected in many antique and modern editions. Neither Mazzoli nor Jori expected Pinocchio to come to life, fleeing from the book and plunging into art, as the most irresistible of all “Lands of Toys.” The result is the Pinocchio in oil on wood, a living being, as only Pinocchio knows how to come alive!
The printed volume also contains a critical essay by Achille Bonito Oliva and four original poems by Paul Vangelisti. In his text, Bonito Oliva describes Jori’s work as follows: “Marcello Jori approaches this anarchic figure through a dual procedure: writing and image. In the first, he manually transcribes the entire story by Collodi, while in the second he grants visual form to all of Pinocchio’s adventures. […] Art becomes the project of a naturally alarmed and at the same time playful sensibility. Thus we find Mangiafuoco disguised as Emilio Mazzoli and the big nose taken from a work by Gino De Dominicis that comes to terms with the pointed one of Pinocchio.
The impulse of disorder takes over, disrupting the composition, pushing it towards an overthrow of the established order. An inextricable knot of signs tends to form a field of precarious relationships, all sustained by instability or a temporary stability. At times an expressionism of signs and hues crosses the work, taking it towards an image that is intentionally incapable of presenting itself symmetrically in front of its real models, proving that this language exists outside the realm of naturalistic depiction. […] Marcello Jori, Collodi and Pinocchio have adopted the art of the fugitive. And the flight grants access and hope to eternity”. 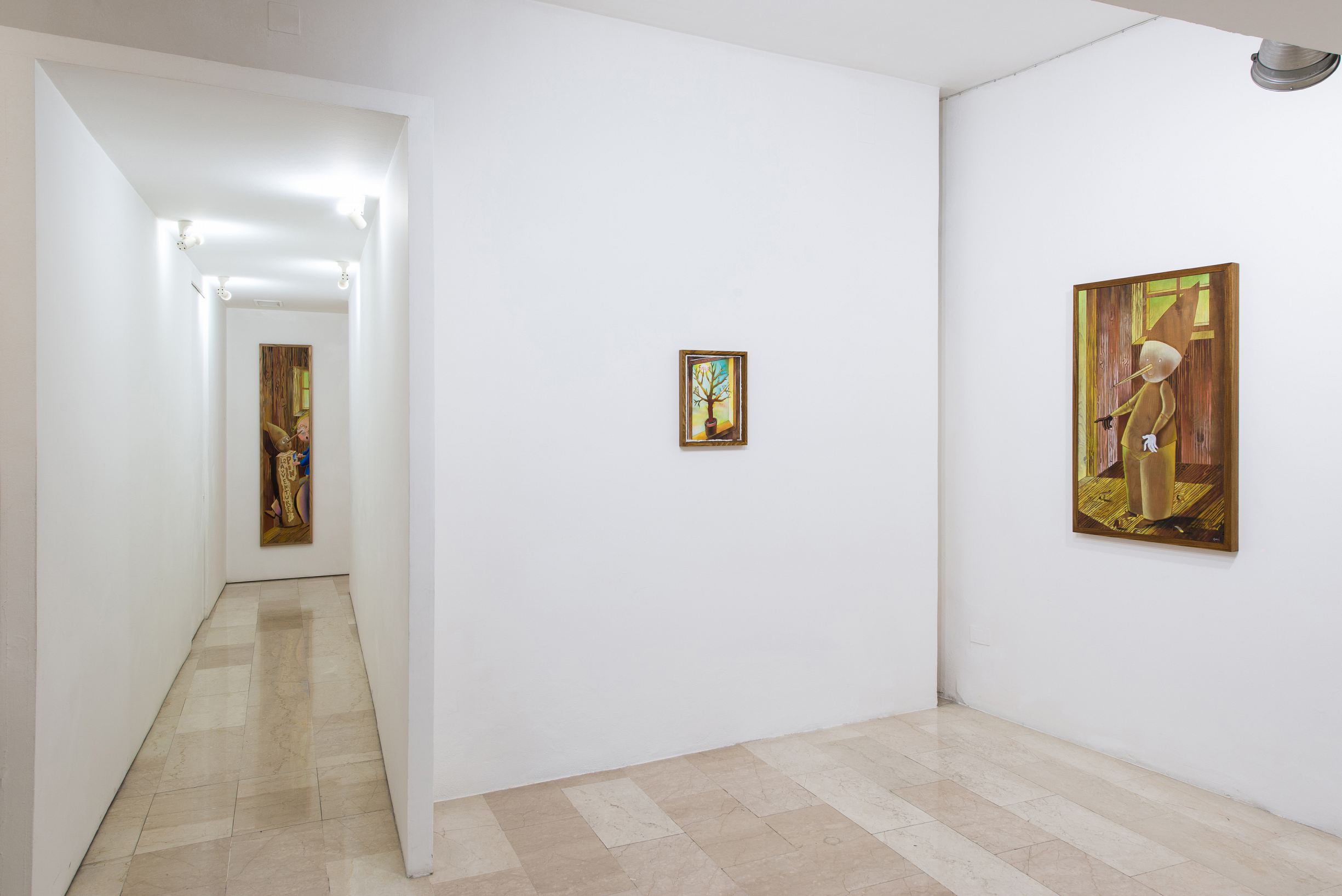 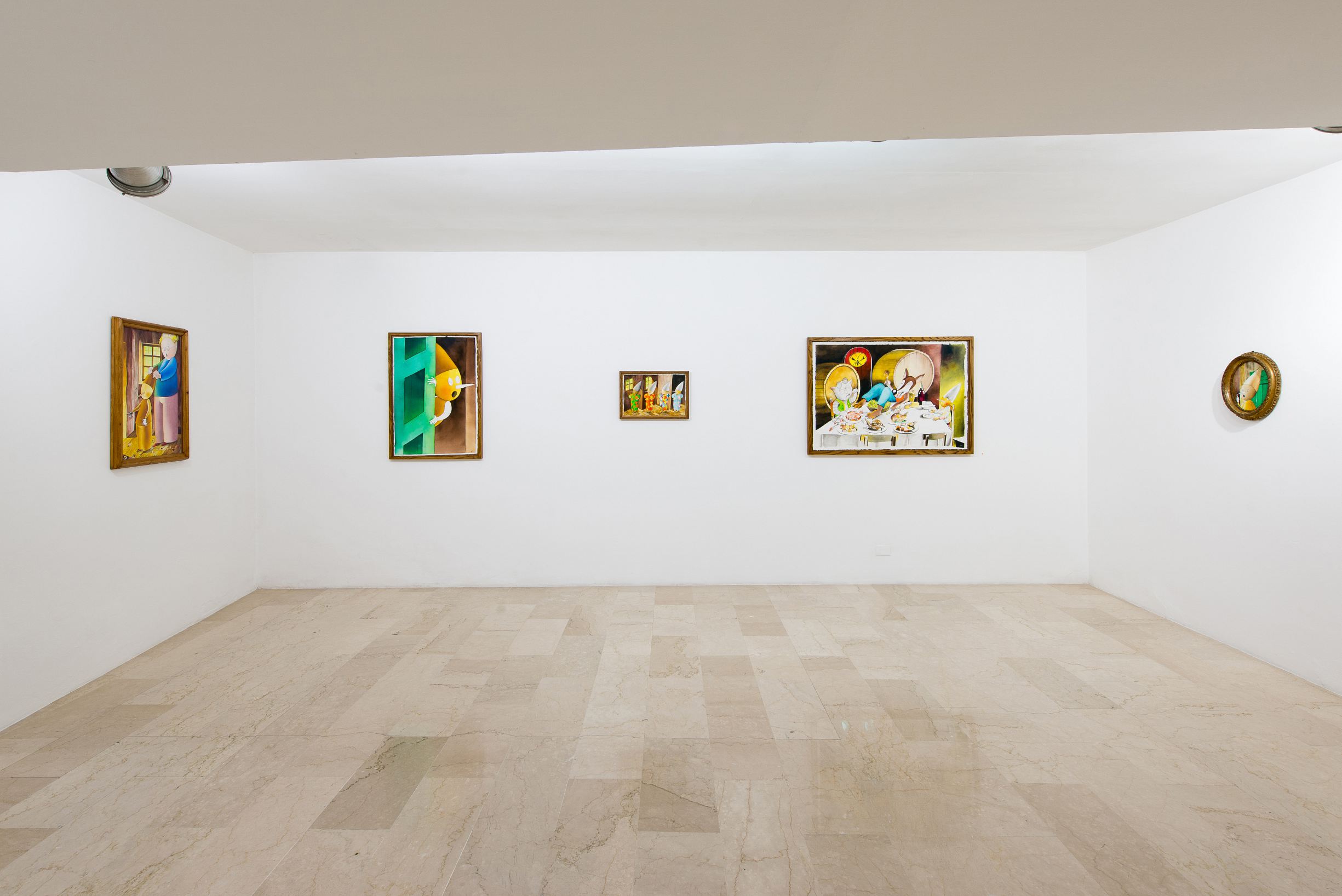 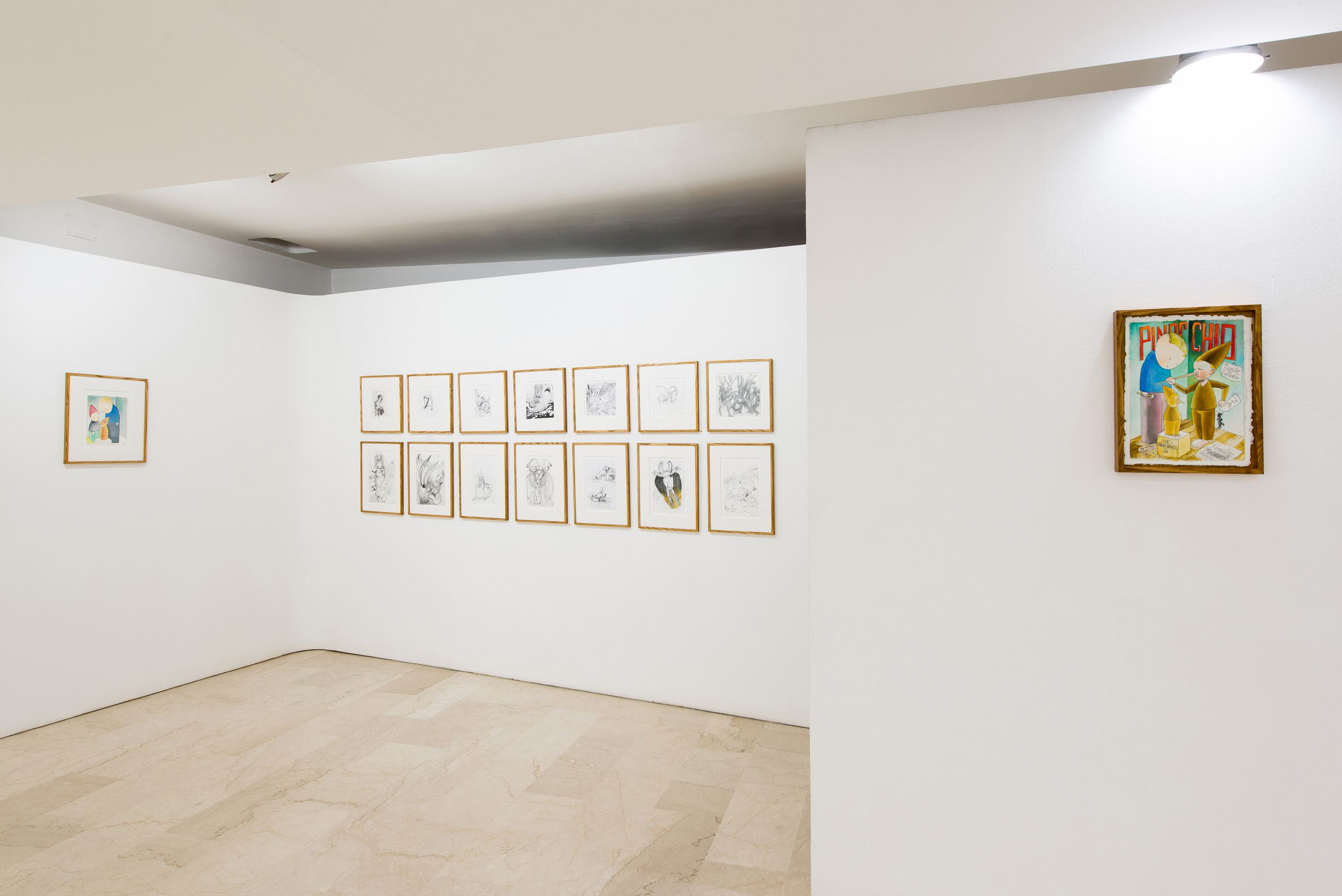 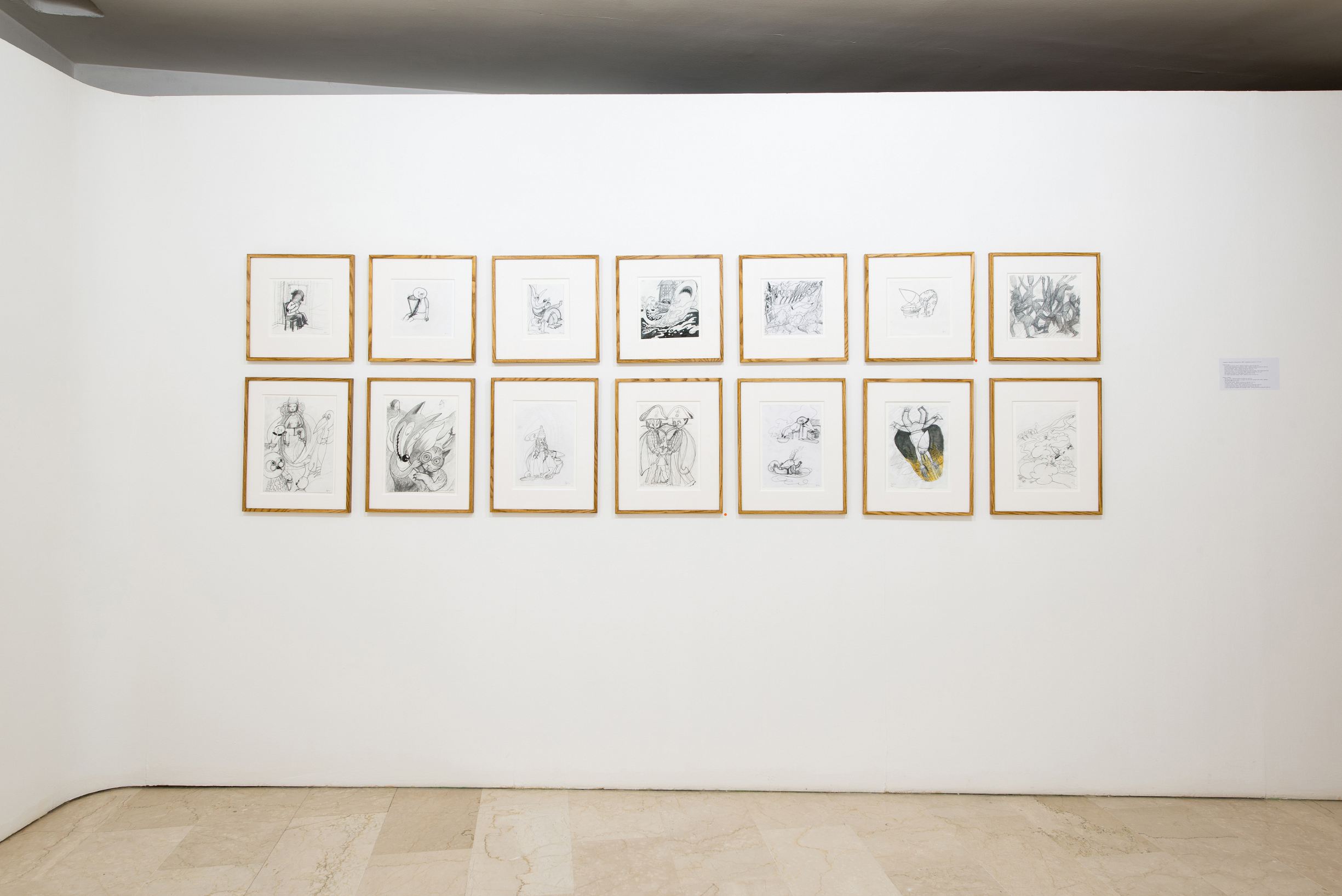 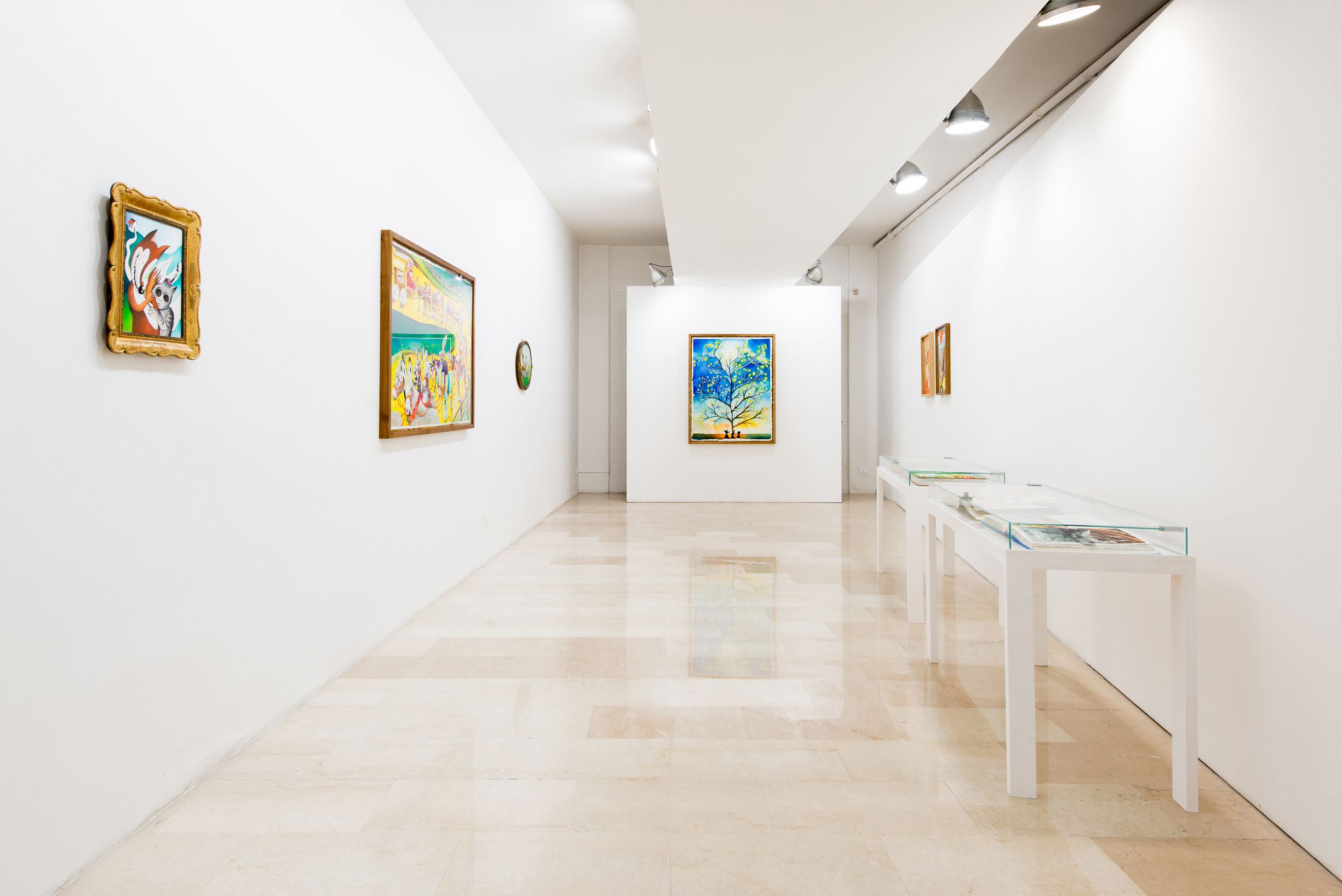 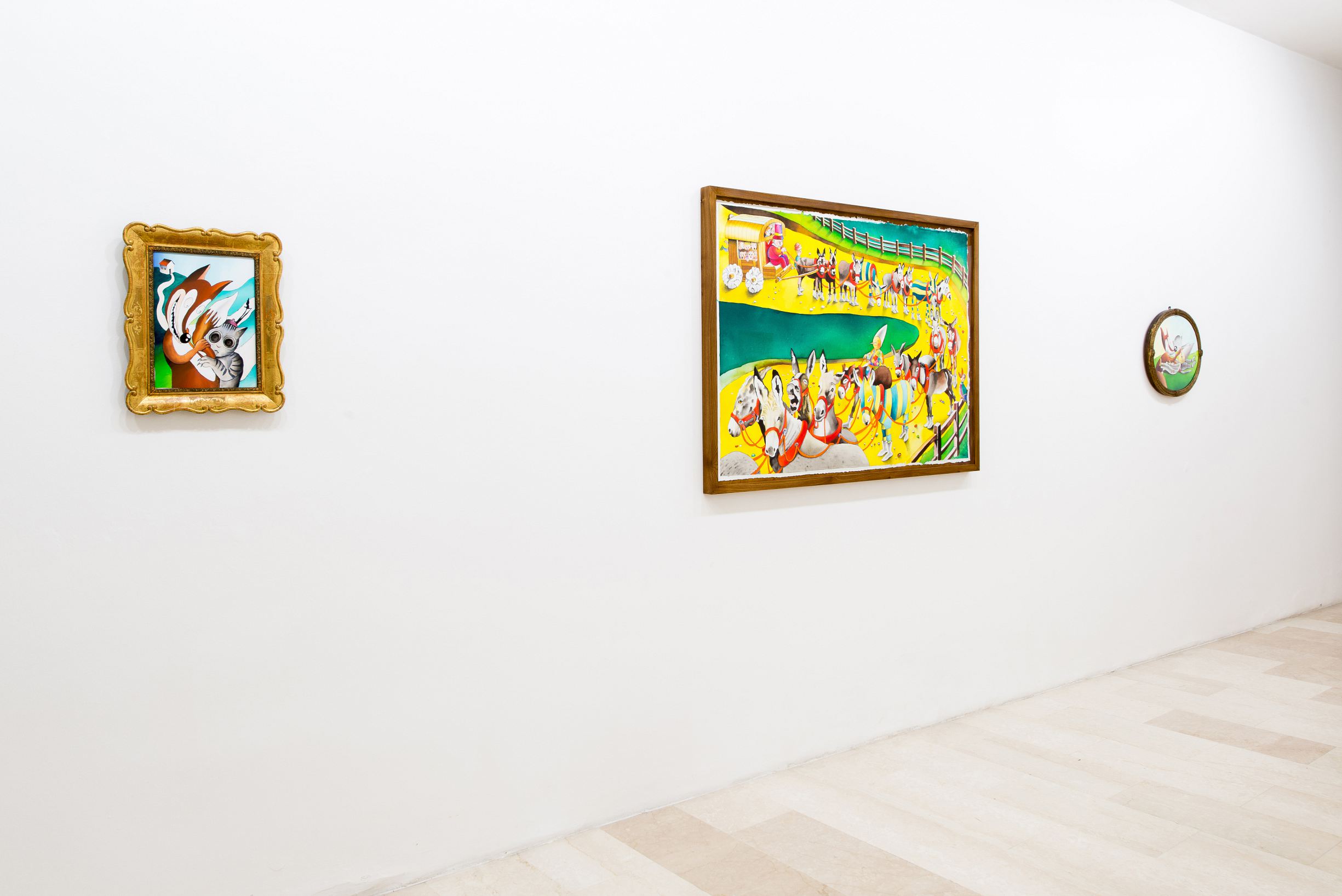 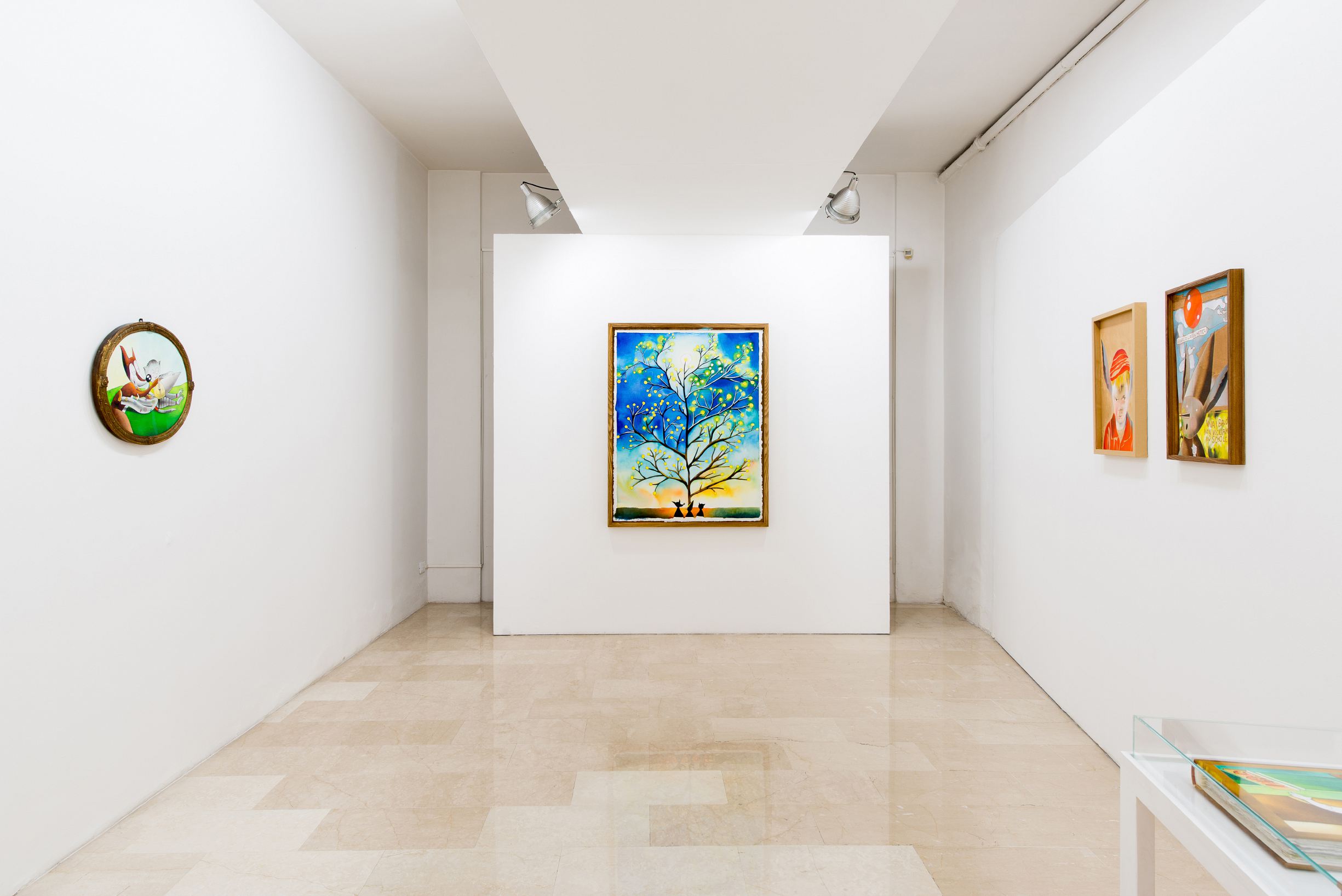 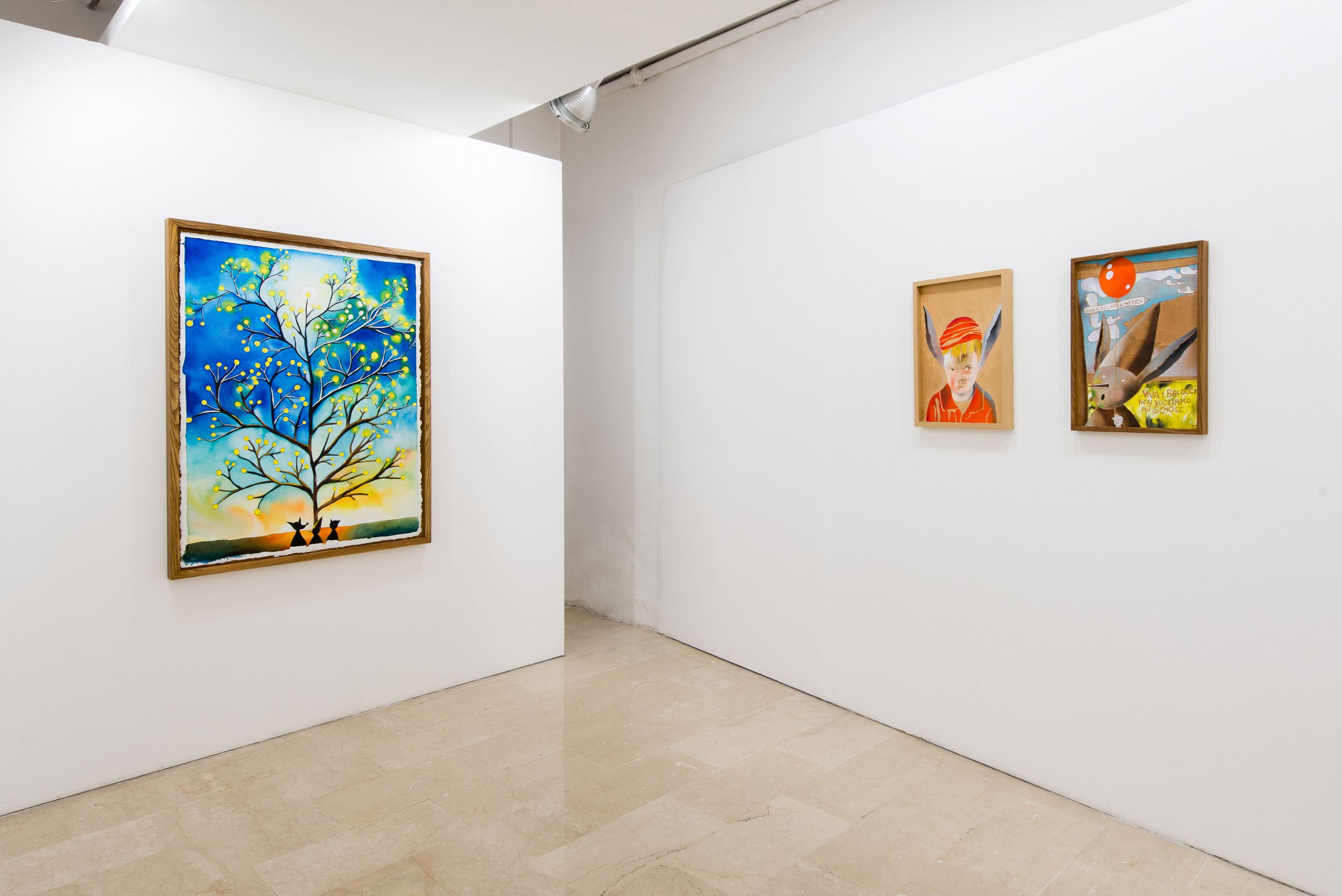 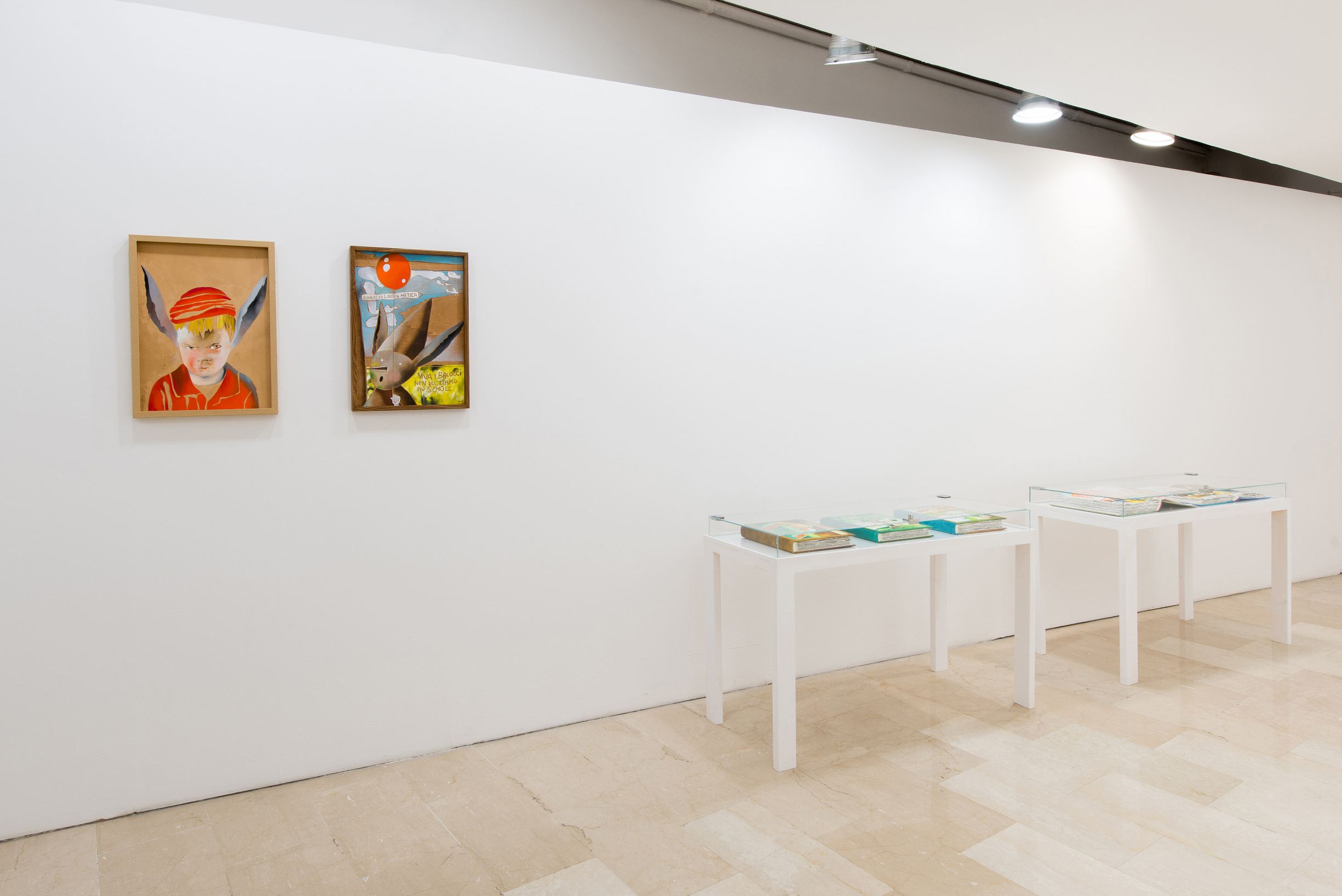 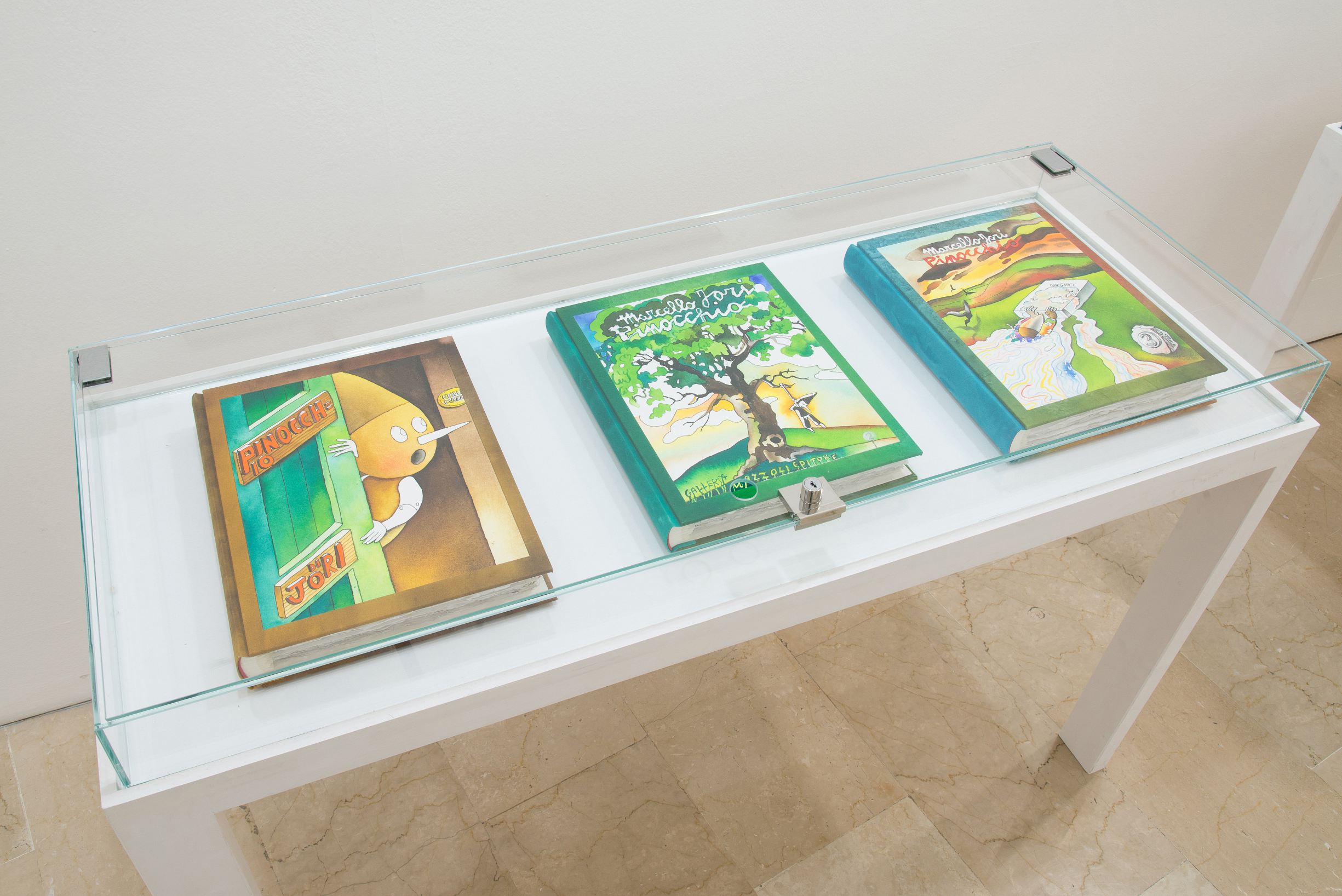 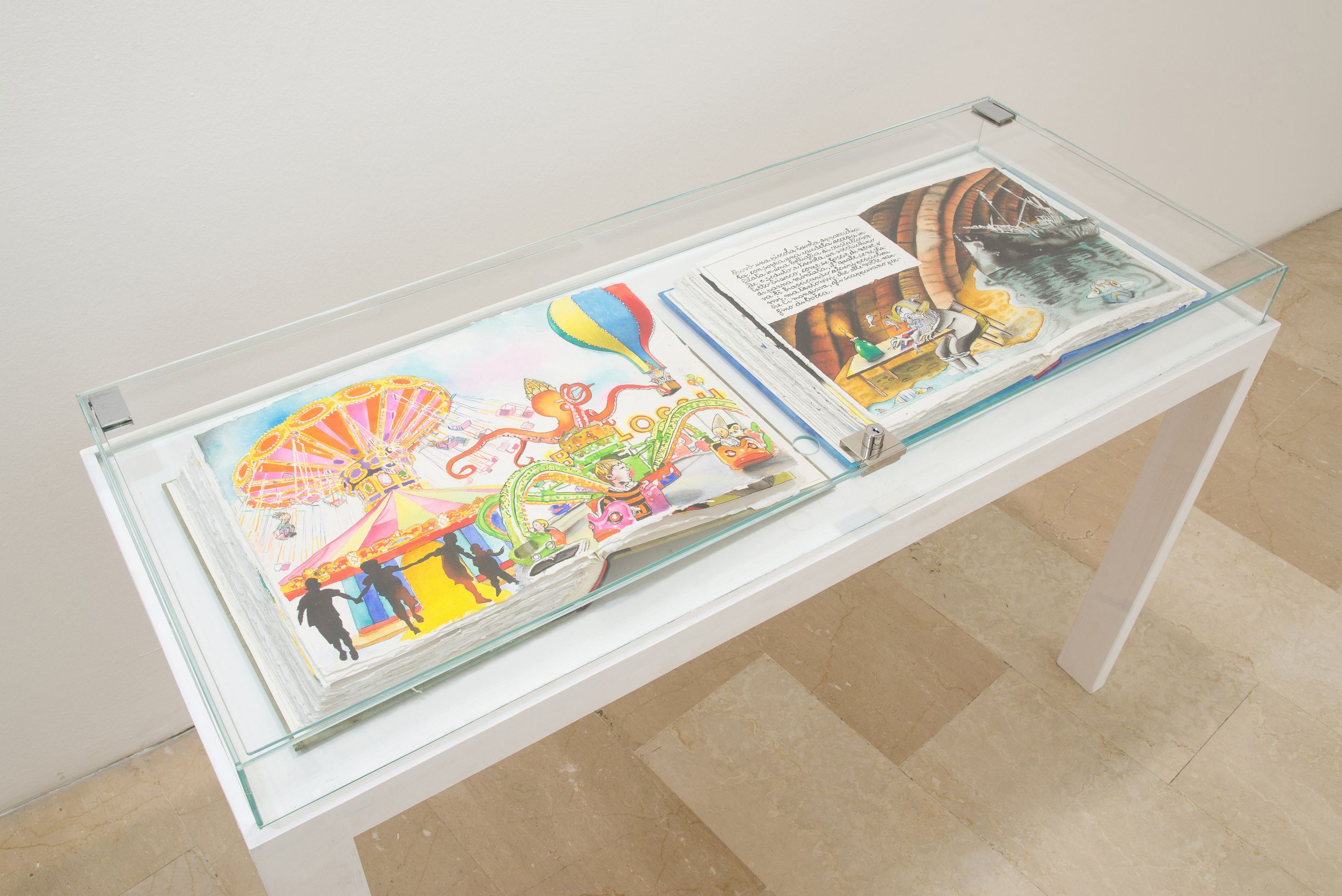 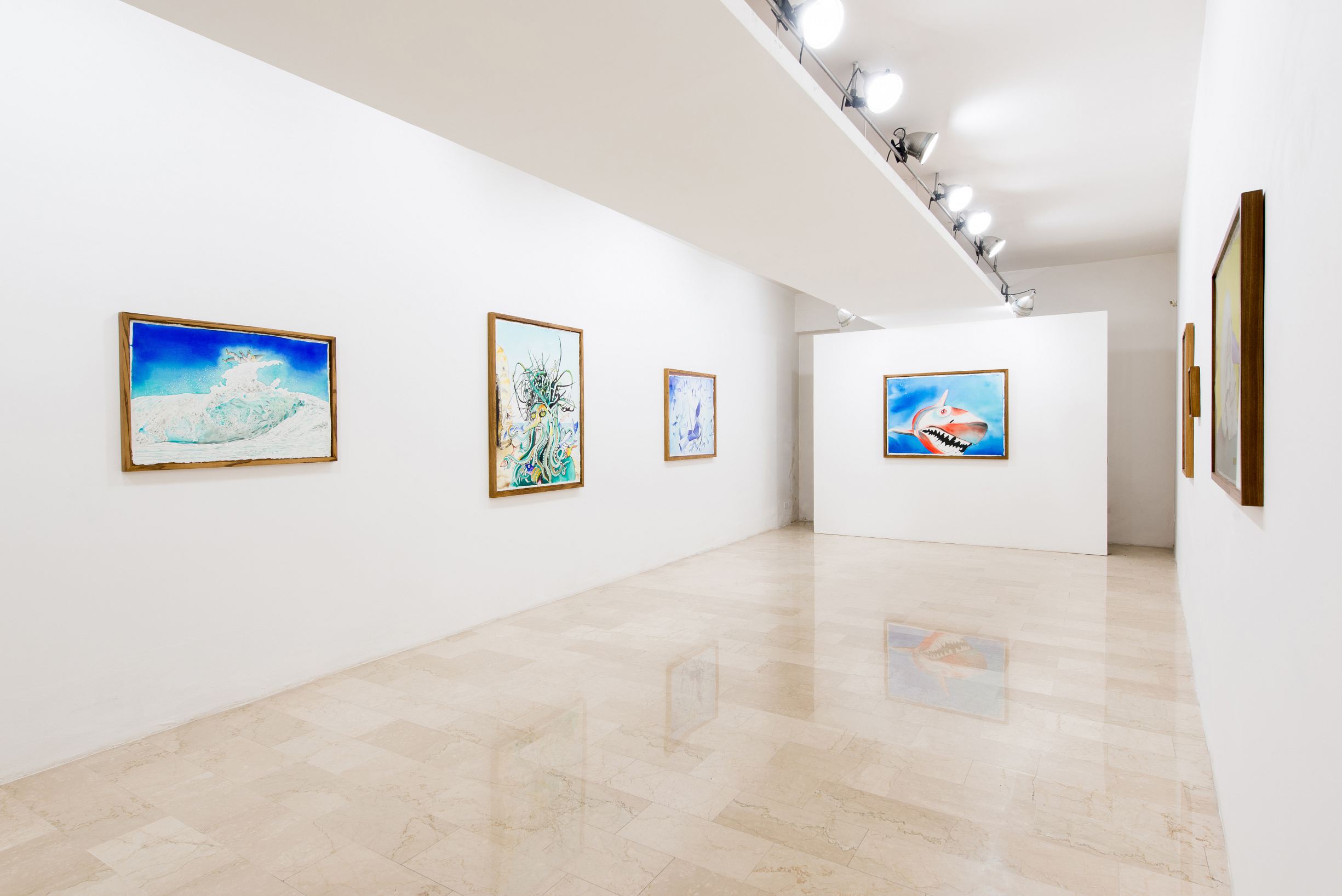 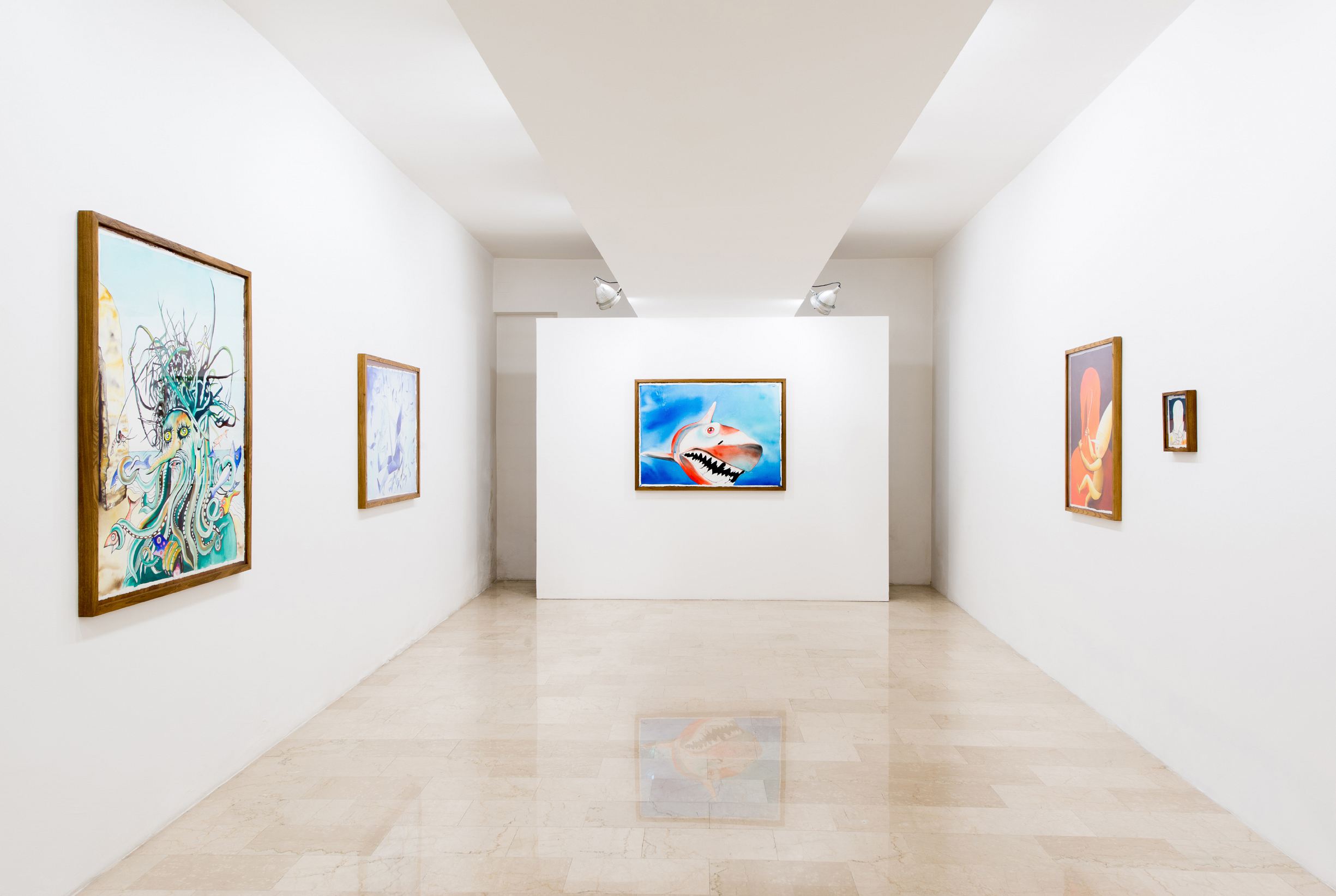 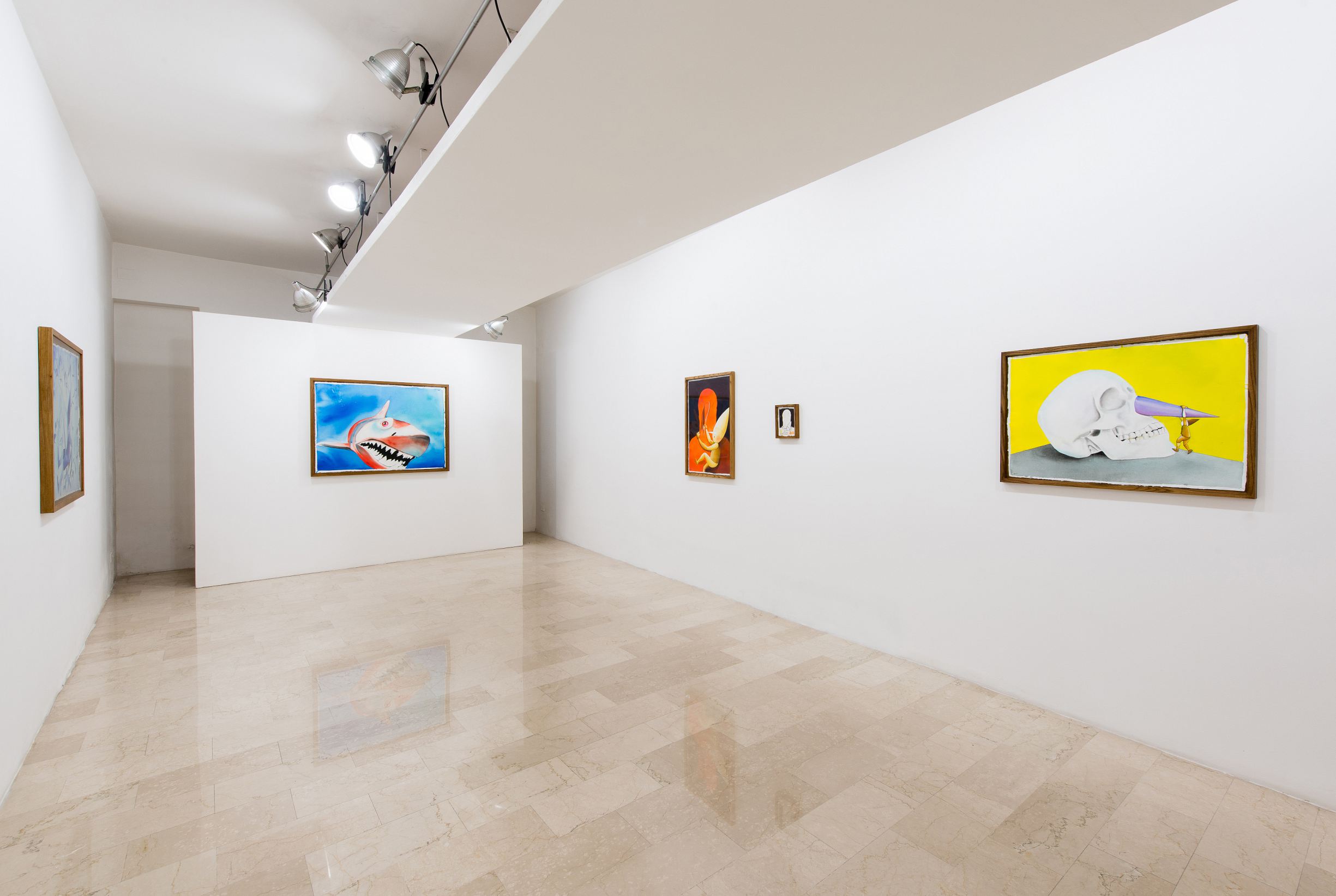 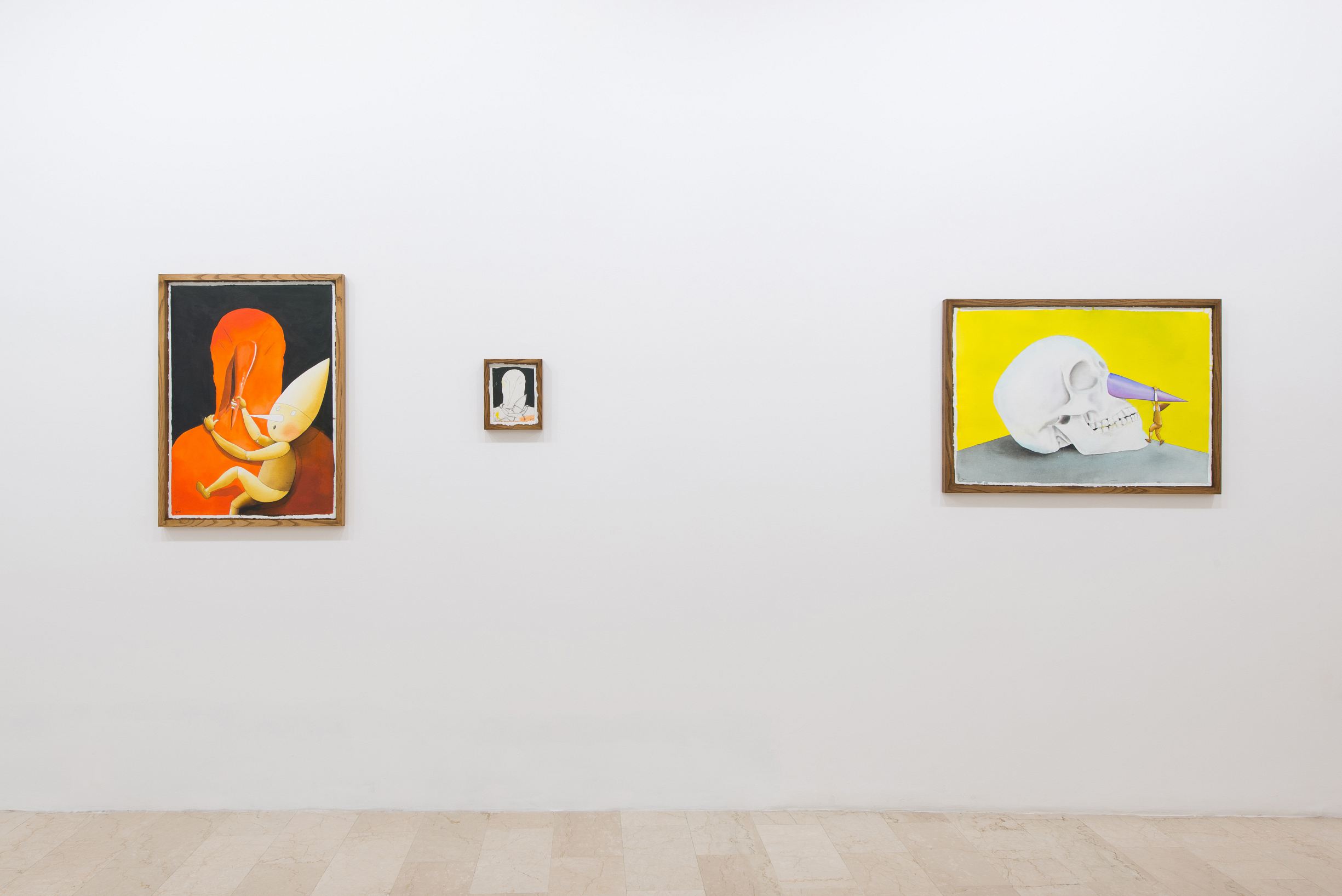 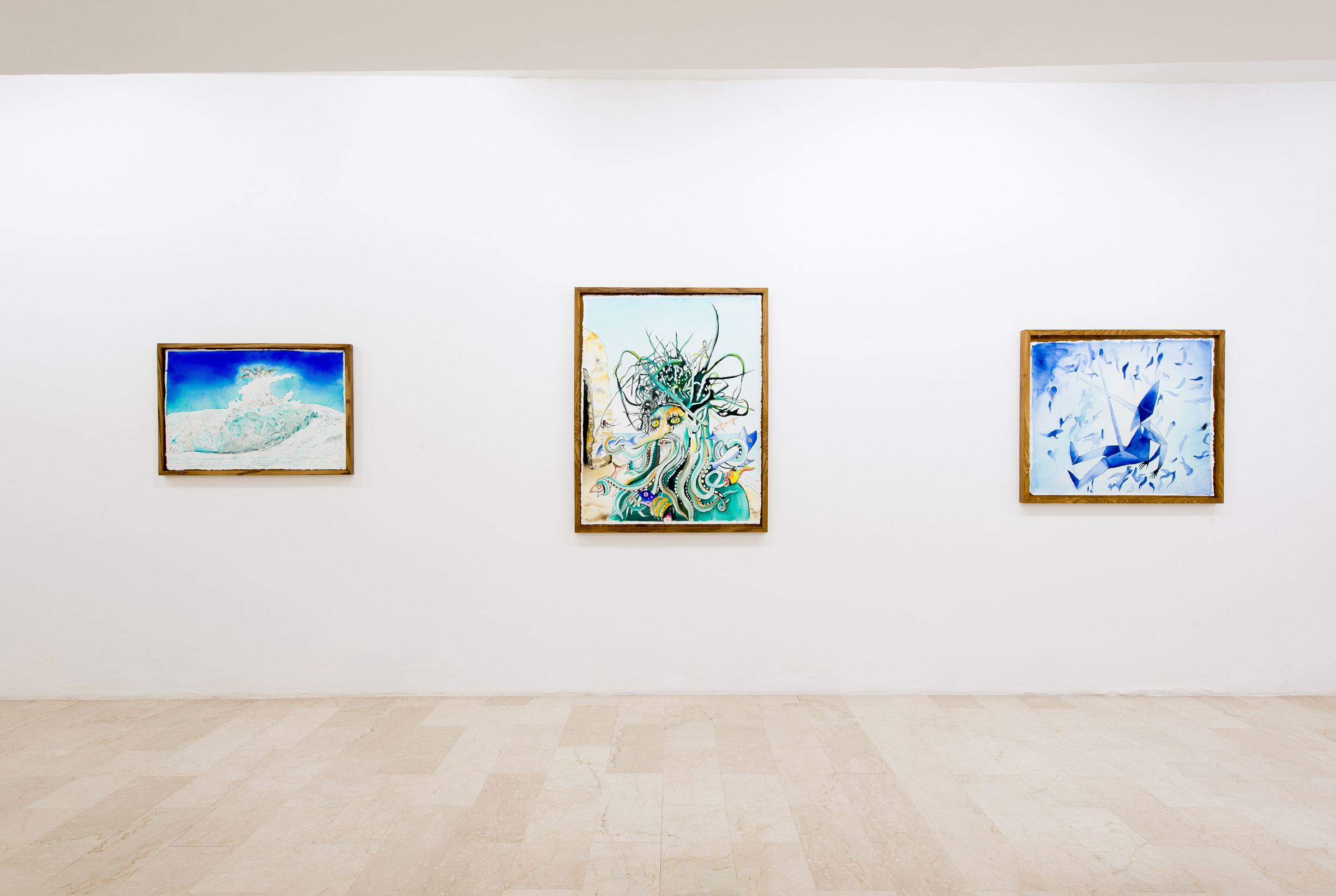 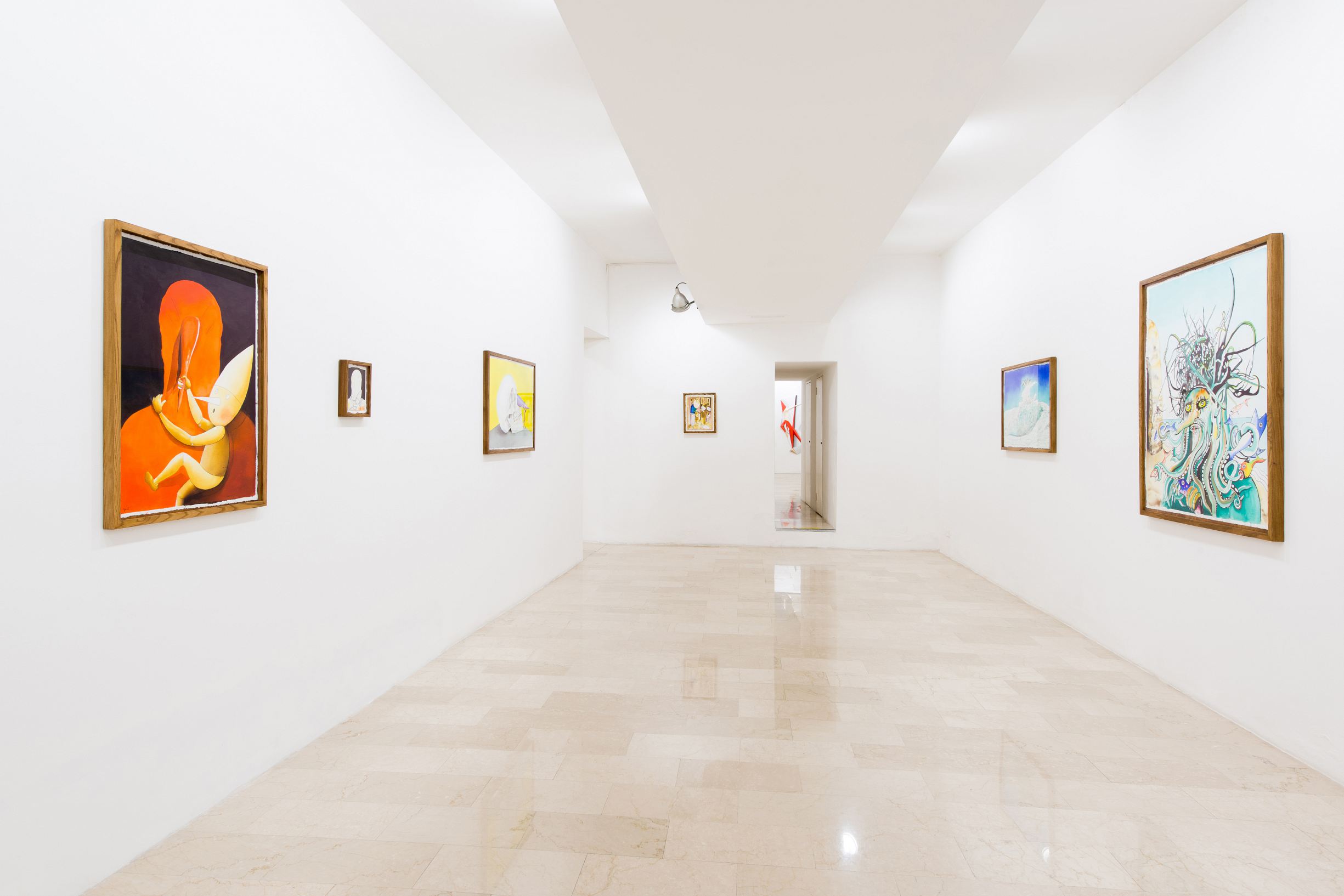 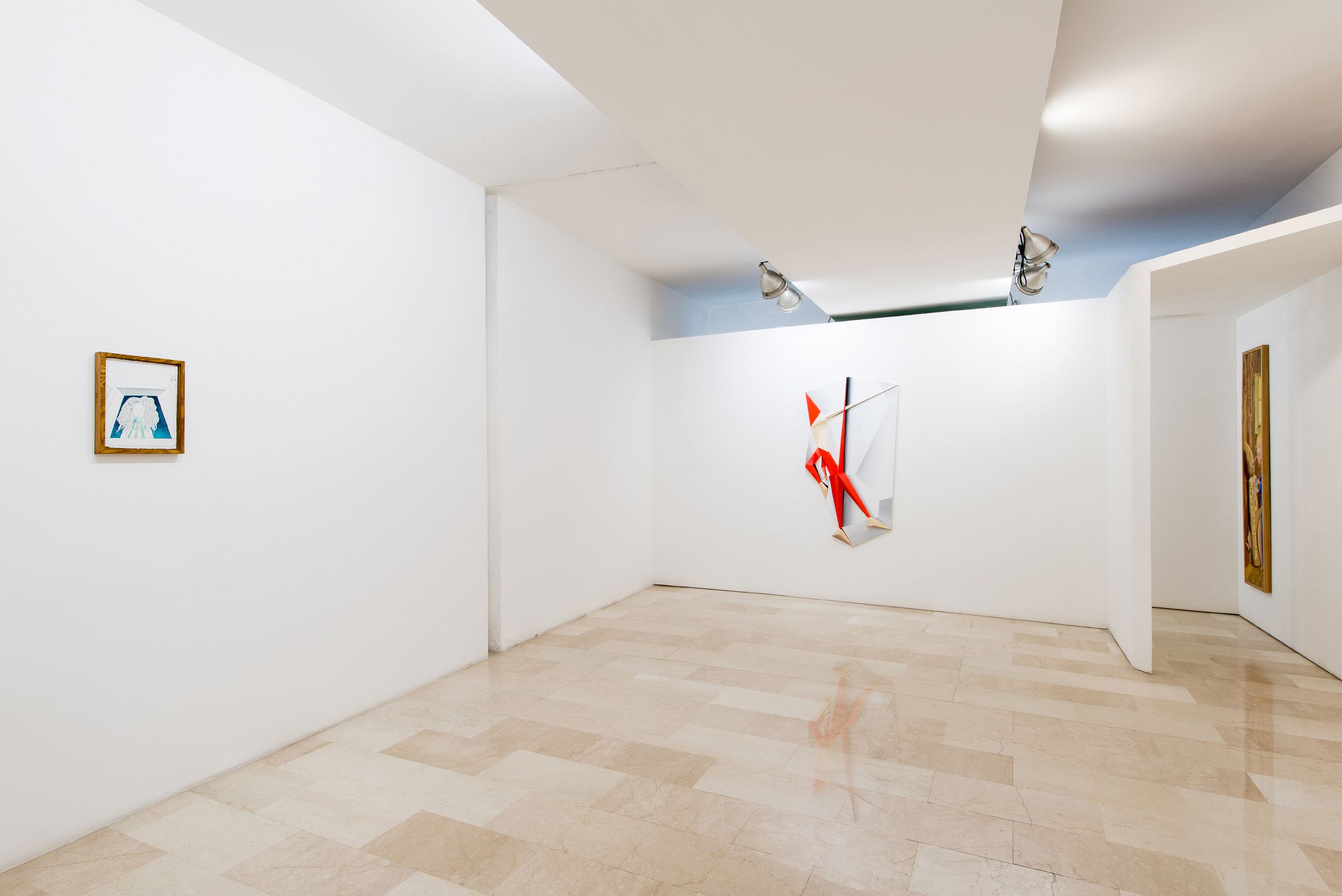 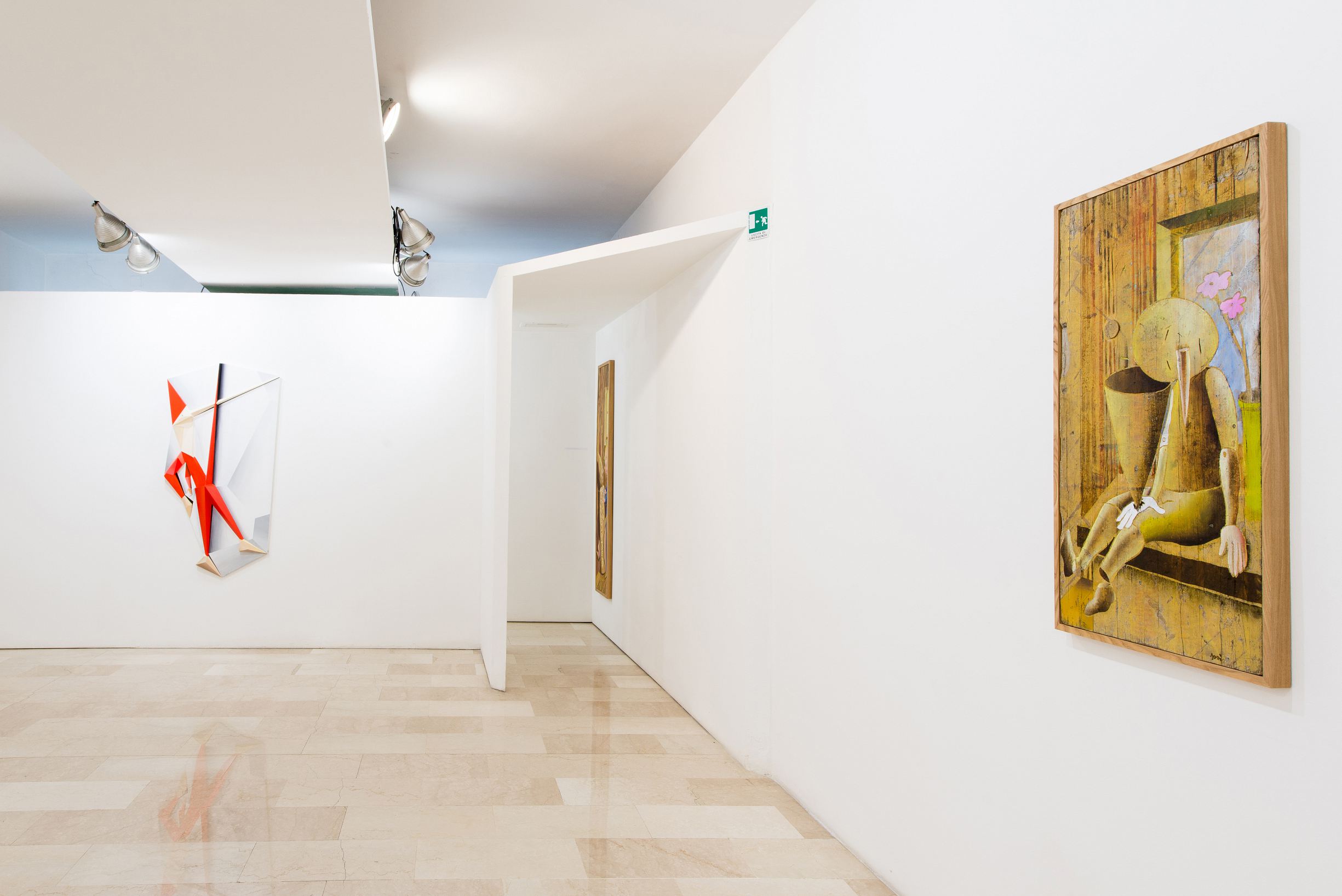 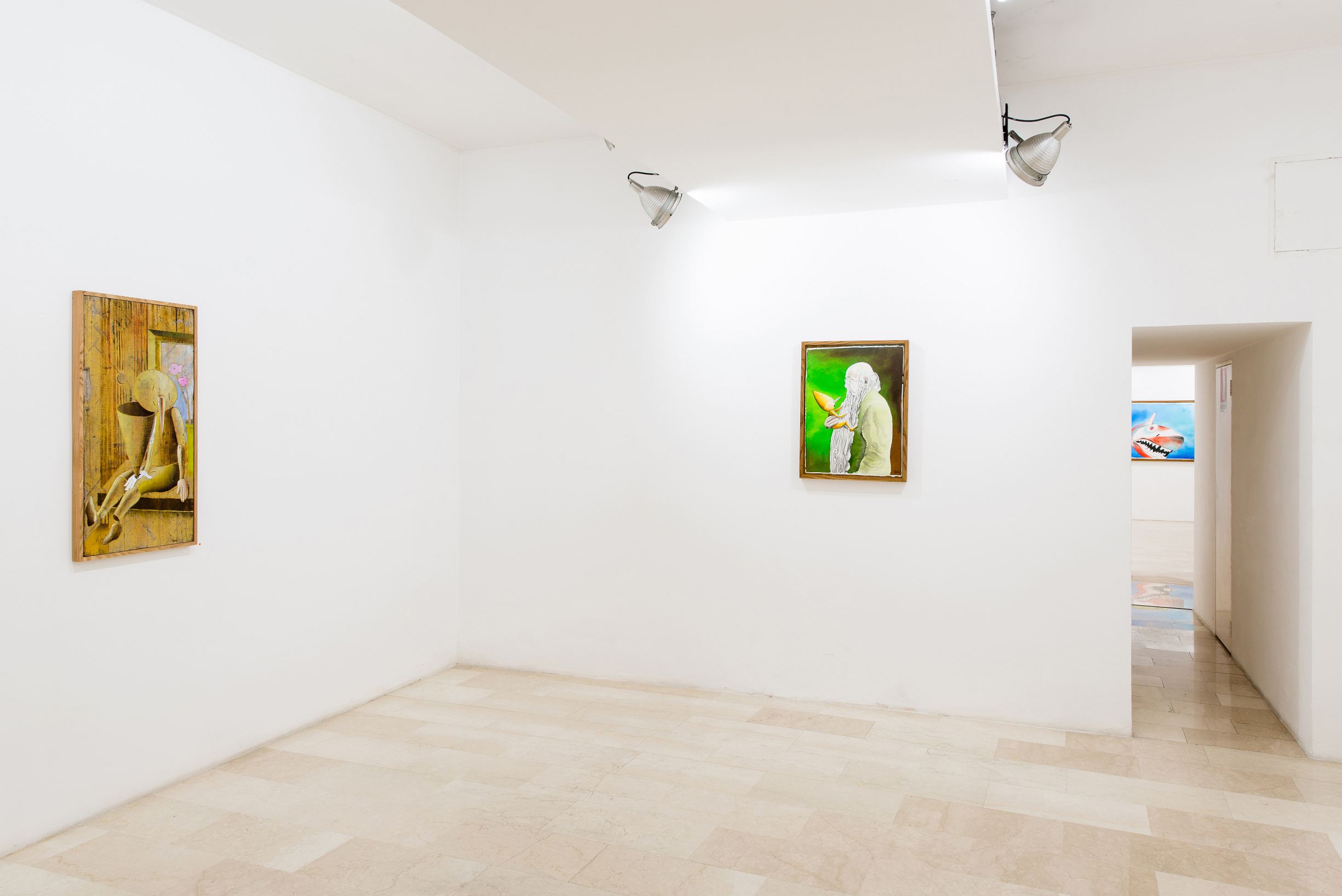