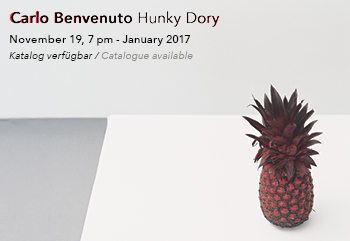 
Galerie Mazzoli is proud to present Hunky Dory, Carlo Benvenuto's first solo show in Germany. The Italian artist, born in Stresa in 1966, is known across Italy and Europe for his approach to analog photography, which introduces a unique interpretation of still-life. The title of the show, a clear allusion to David Bowie's record, refers to an idea of pleasantness. It inspires a sense of comfort into the viewer, who, rather than having to withstand a load of impenetrable references, will be gracefully reassured by Benvenuto´s desire to communicating as little as possible. Benvenuto photographs his domestic universe in 1:1 scale, on a neutral background, where objects are placed upon geometrical horizons, creating a rarefied atmosphere of subtlety and suspension. The largest work in the show presents a large table whose edge corresponds with the horizon's line. On top of the table, a single pineapple dominates the structural plane, and assumes a color contrasting that of its background through the superposition of several filtered shots. Similarly, in the smaller pieces we are presented with other natural elements such as flowers or cherries positioned over contrasting backgrounds. In all cases the exhibited photographs are indicative of Benvenuto's style, in which commonplace objects are deprived of their traditional purpose, and become the instrument of a compositional abstraction that seeks to shift our attention from function to form and process. In Benvenuto's modus operandi, form and composition, along with a skillful light and chromatic balance, perform a fundamental role and declare the artist's admiration for classical painting. In particular, one might suggest a strong relation to the Italian metaphysical and post-cubist tradition, where the rigidity of the structure, flat colors and the absence of shades produce essential and severe compositions. The aesthetic of simplicity in Benvenuto highlights the poetry of an ordinary world, governed by grace and order. The catalog published for the exhibition contains textual interventions by Devendra Banhart. The American songwriter and visual artist delivers with liberty a playful vision of the same world diplayed by Benvenuto. Like in a letter or a ballad, Banhart tells us about life: dream-like suggestions, lucid fantasies, delightful images inspired by a hunky-dory reality. 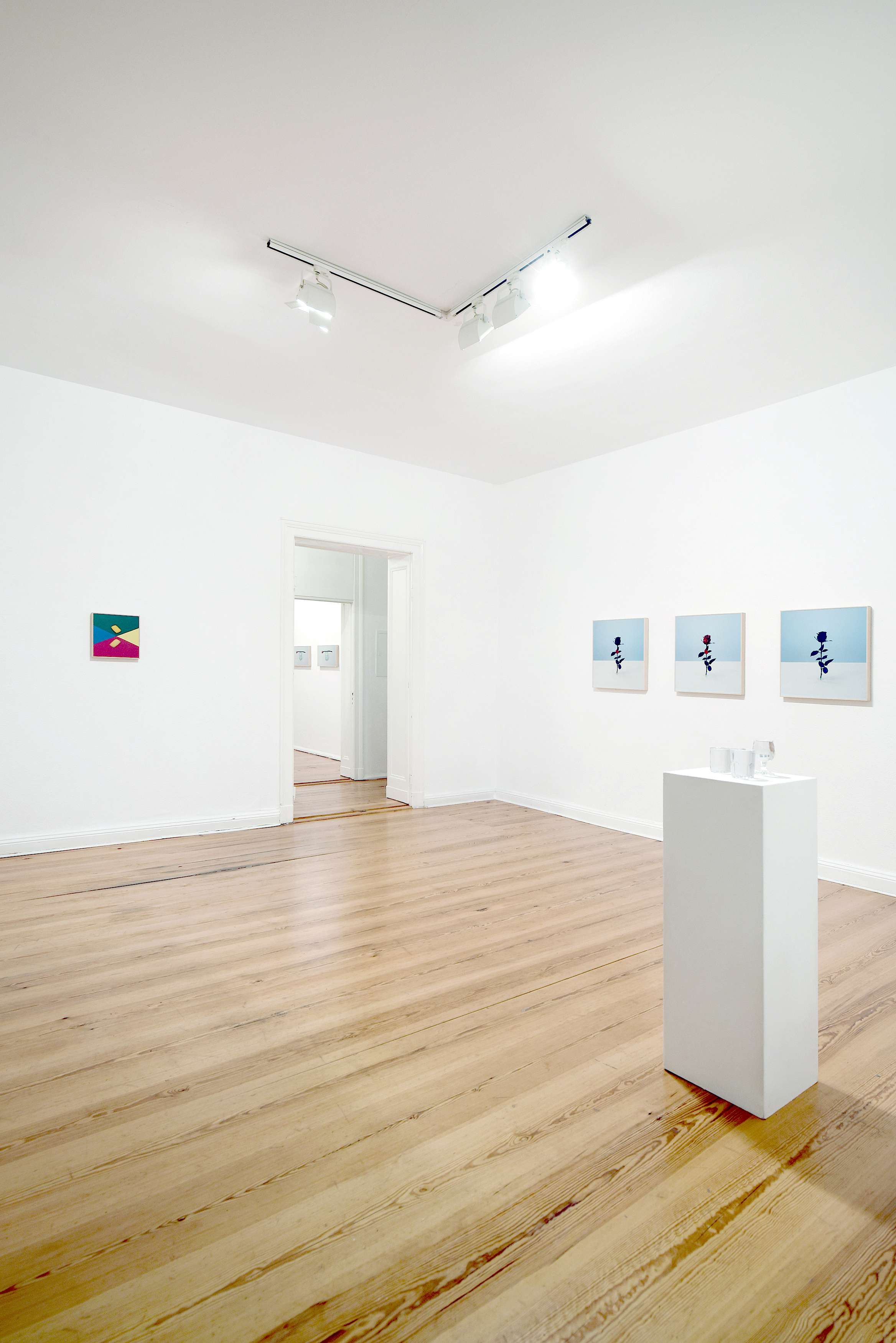 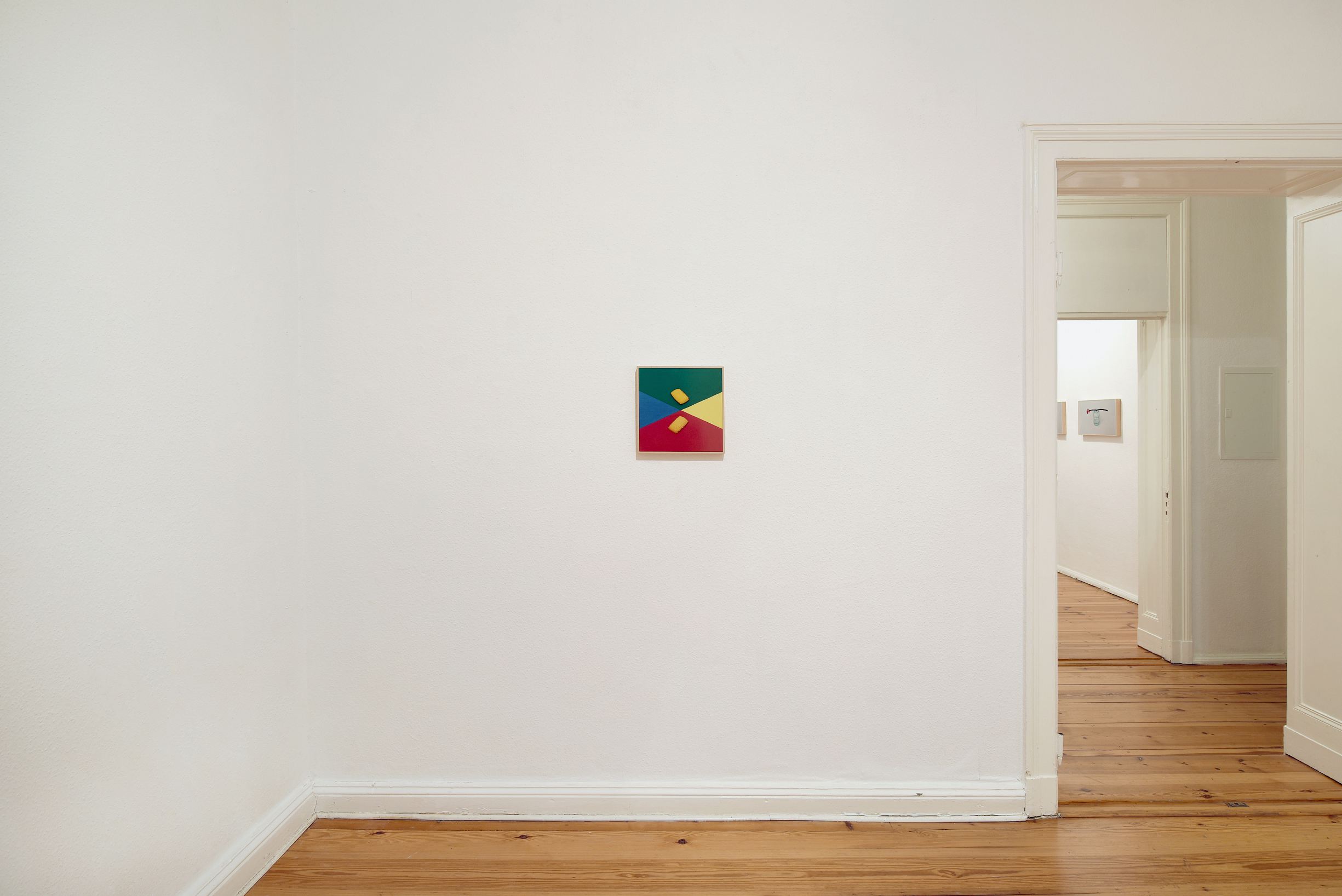 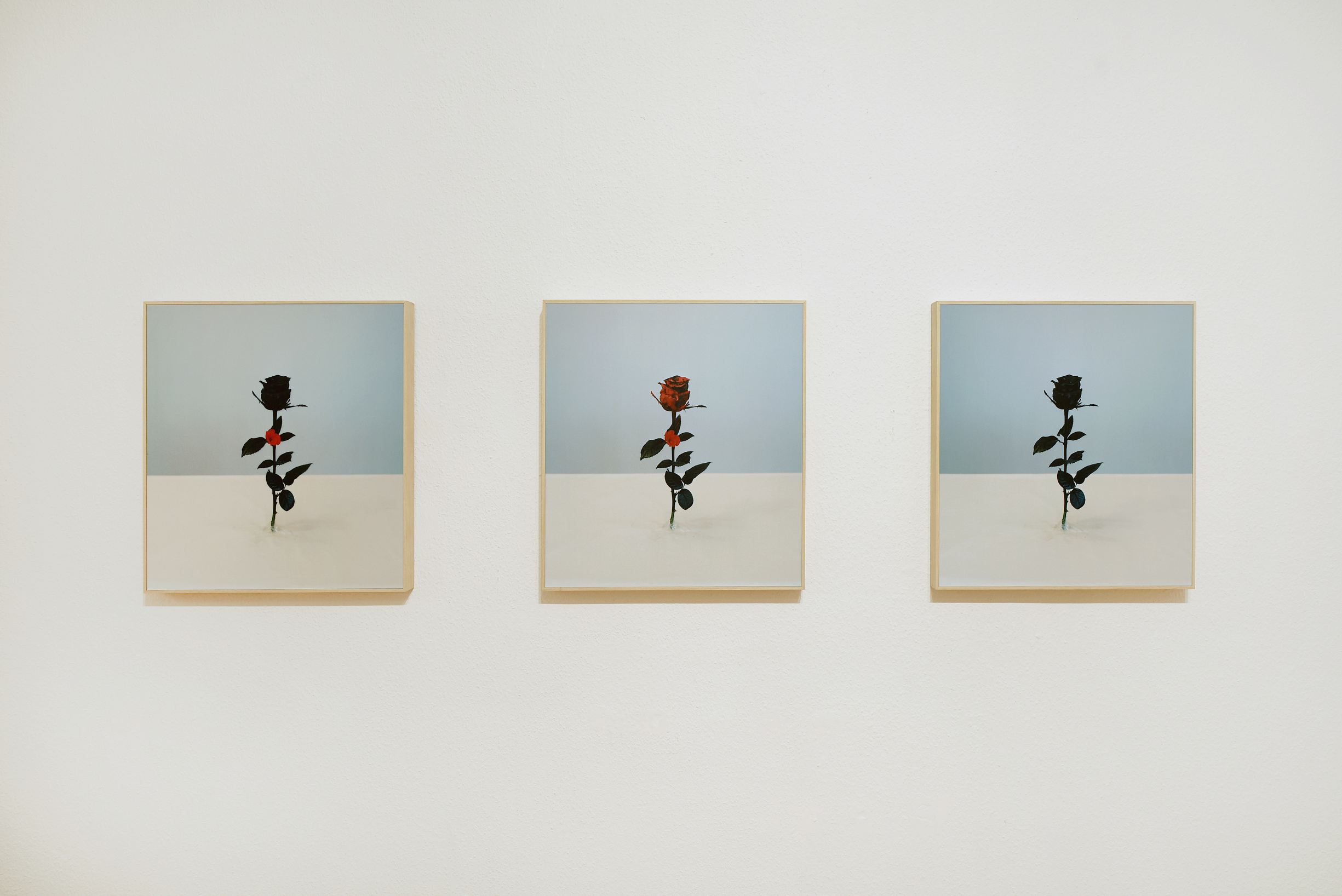 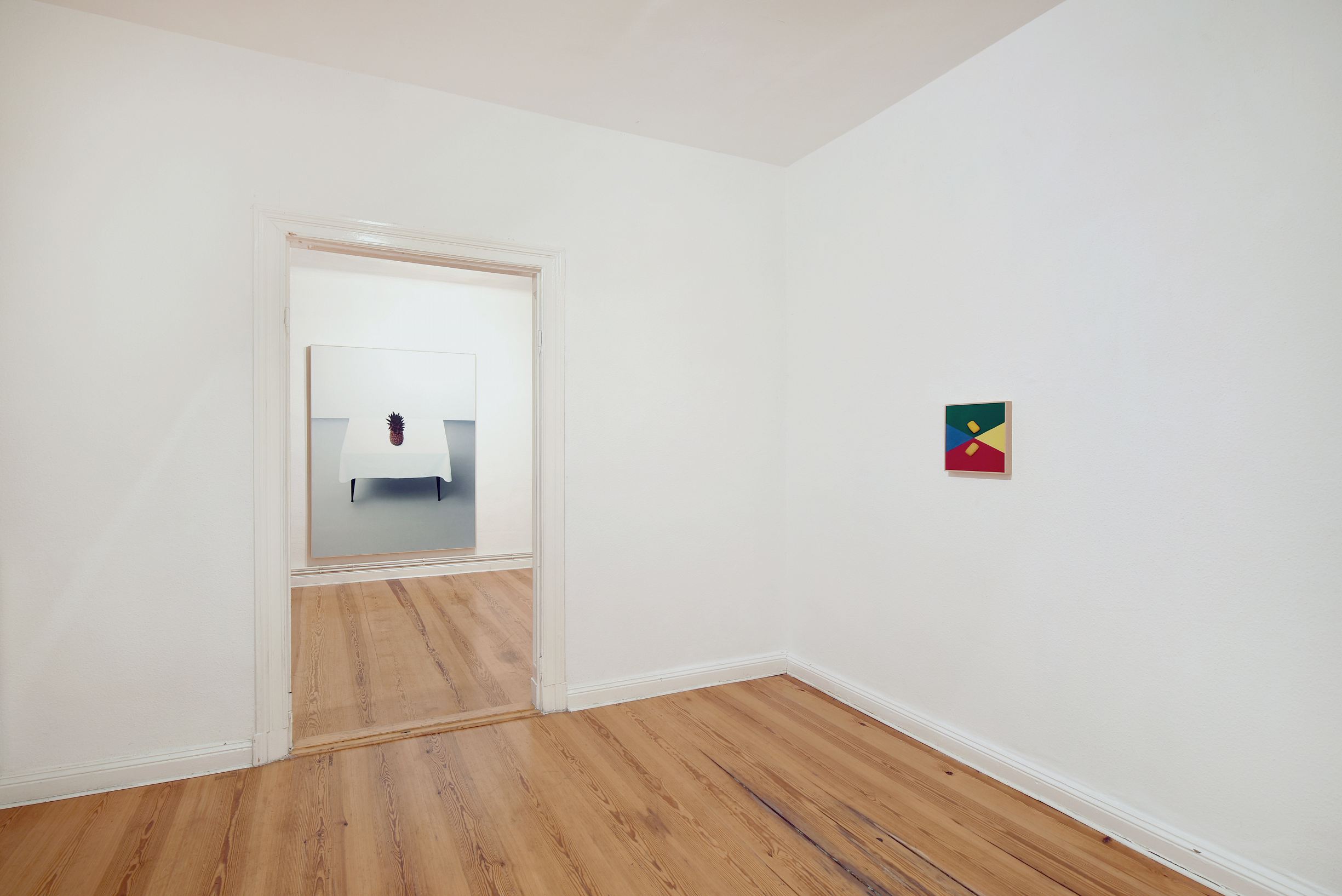 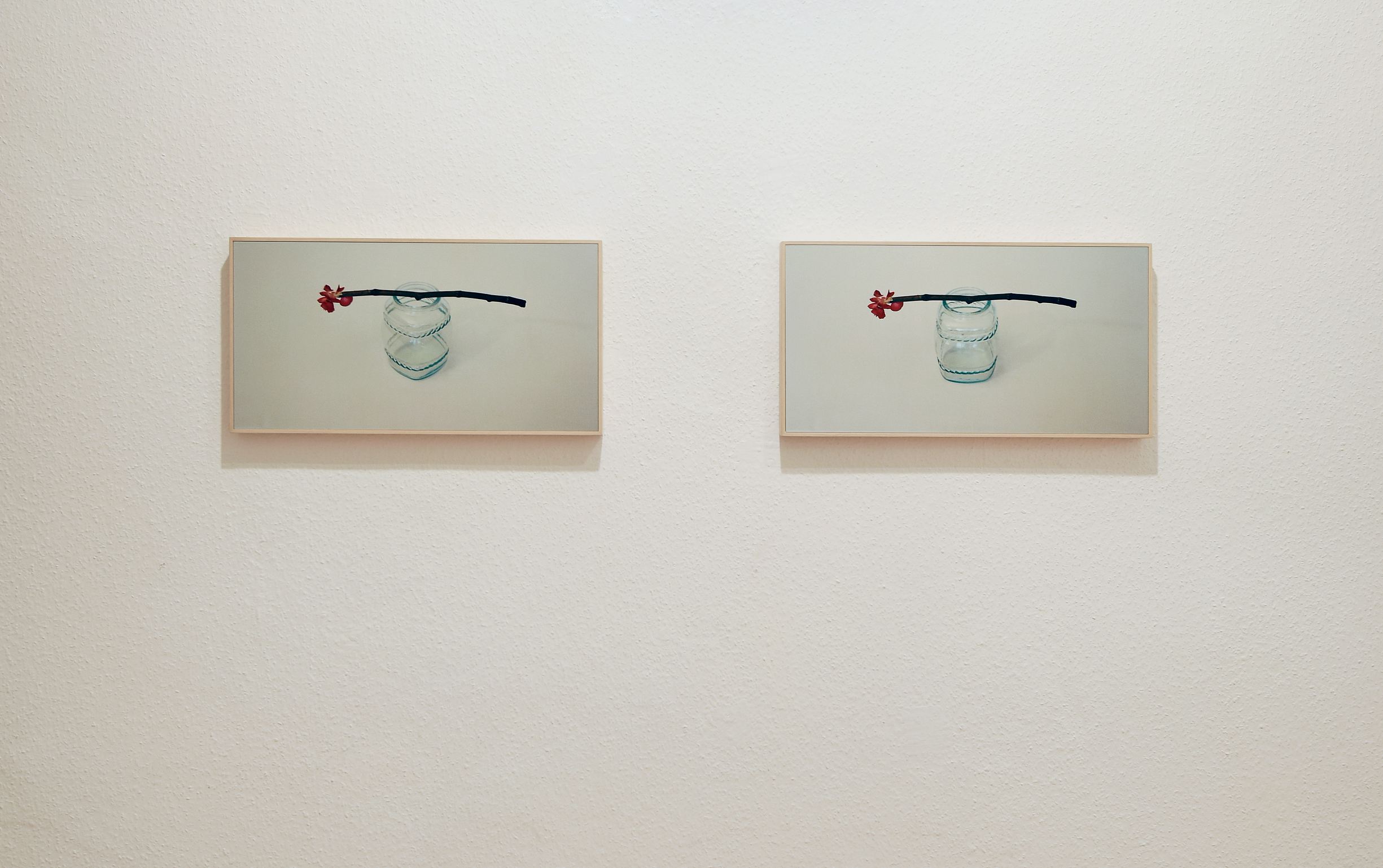 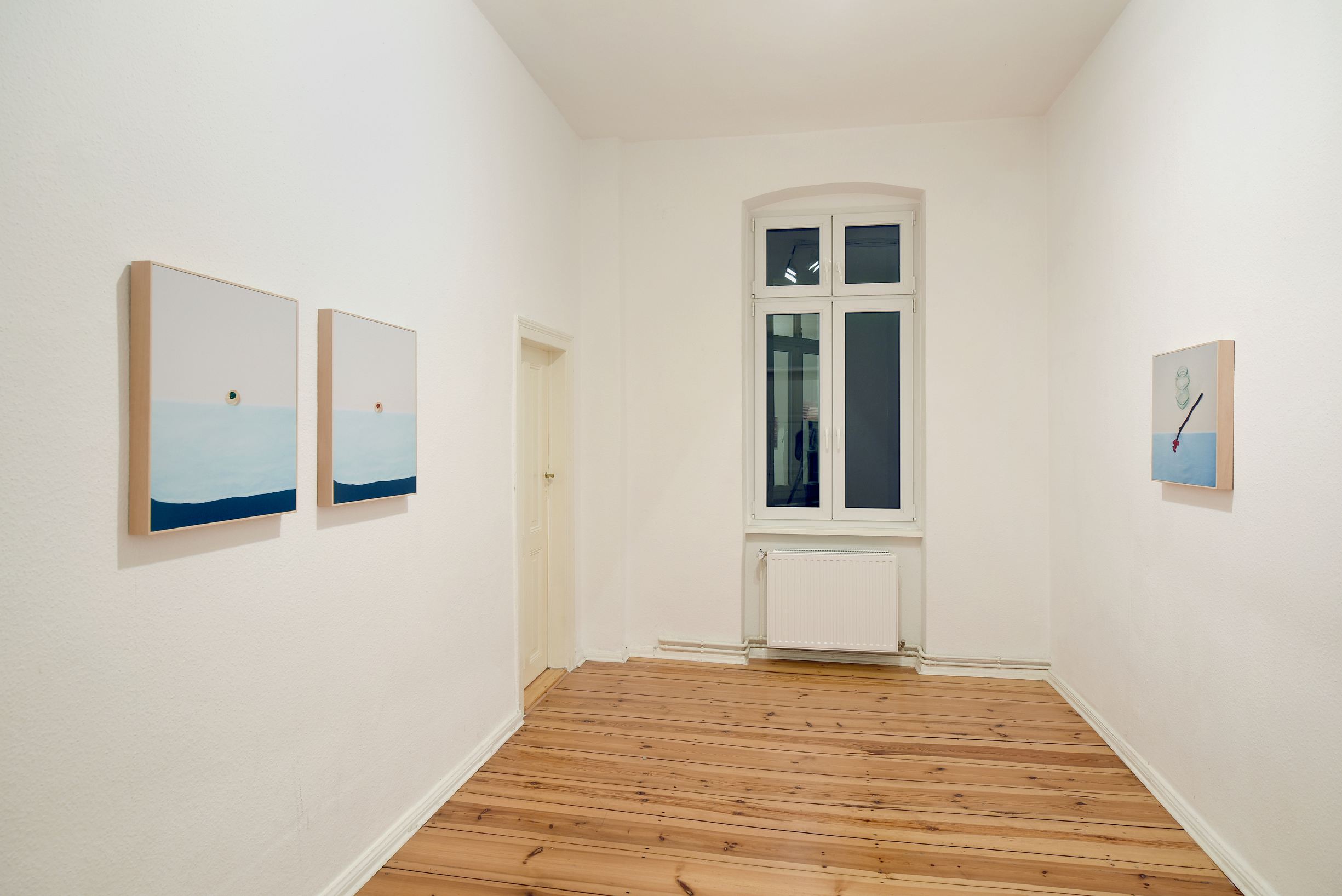