Exhibition is accompanied by a catalogue with a conversation between Devendra Banhart and Richard Milazzo.

Devendra Banhart was born in Houston, Texas in 1981; he lives and works in Los Angeles.


Galleria Mazzoli in Modena will proudly present the second solo exhibition of Devendra Banhart. The exhibition will be comprised of several series of new works involving various techniques and materials, showing the evolution if his recent artistic research. A significant part of the show will feature the “sphinx” series, where the recurrent motive is indeed the mythological figure with the human head and the lion body ― a protective symbol in ancient Egypt ― guardian of the forbidden gate of the underworld and a symbol for power and enigma in ancient Greece. All of Devendra's monochromatic “sphinxes” are created with Indian ink on vintage paper, providing the drawings with a nostalgic flavor, and appear like enclosed spaces which contain refined tales or nexuses of repeating lines, shapes and figures that sometimes become fantastic and visionary representations, some of whose traits recall petroglyphic engravings. The repetition of some of the motives almost appear as the graphical representations of the tunes that we also find in his music, therefore underlining the close link between the artist's musical and visual expression. The exhibition also explores the theme of still life. In the still life series Devendra interprets the classic genre using a different technique, that of oil on paper, which allows him to experiment various chromatic variations. The exhibition finally presents other new abstract works both on paper and wood.
EXHIBITION VIEW 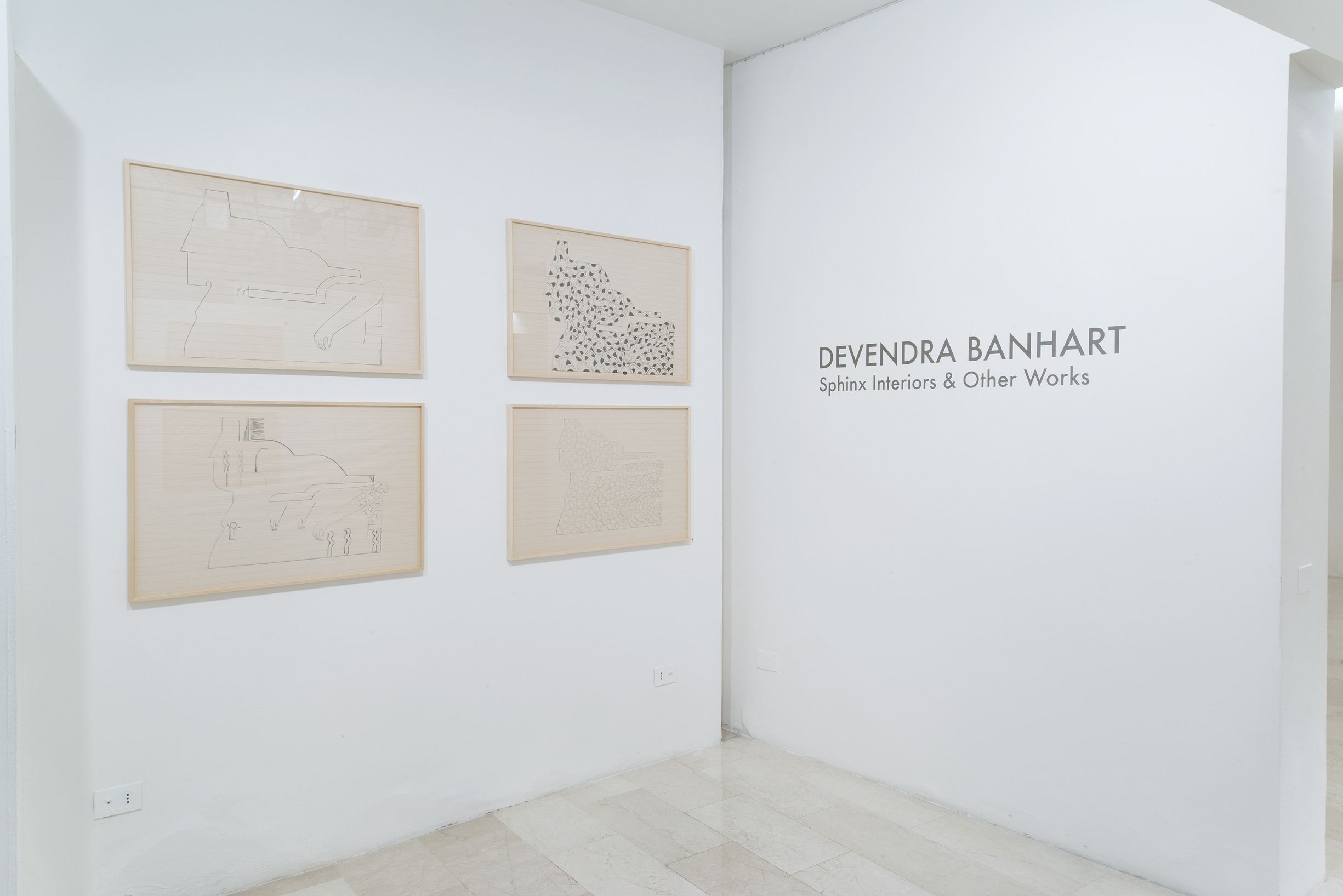 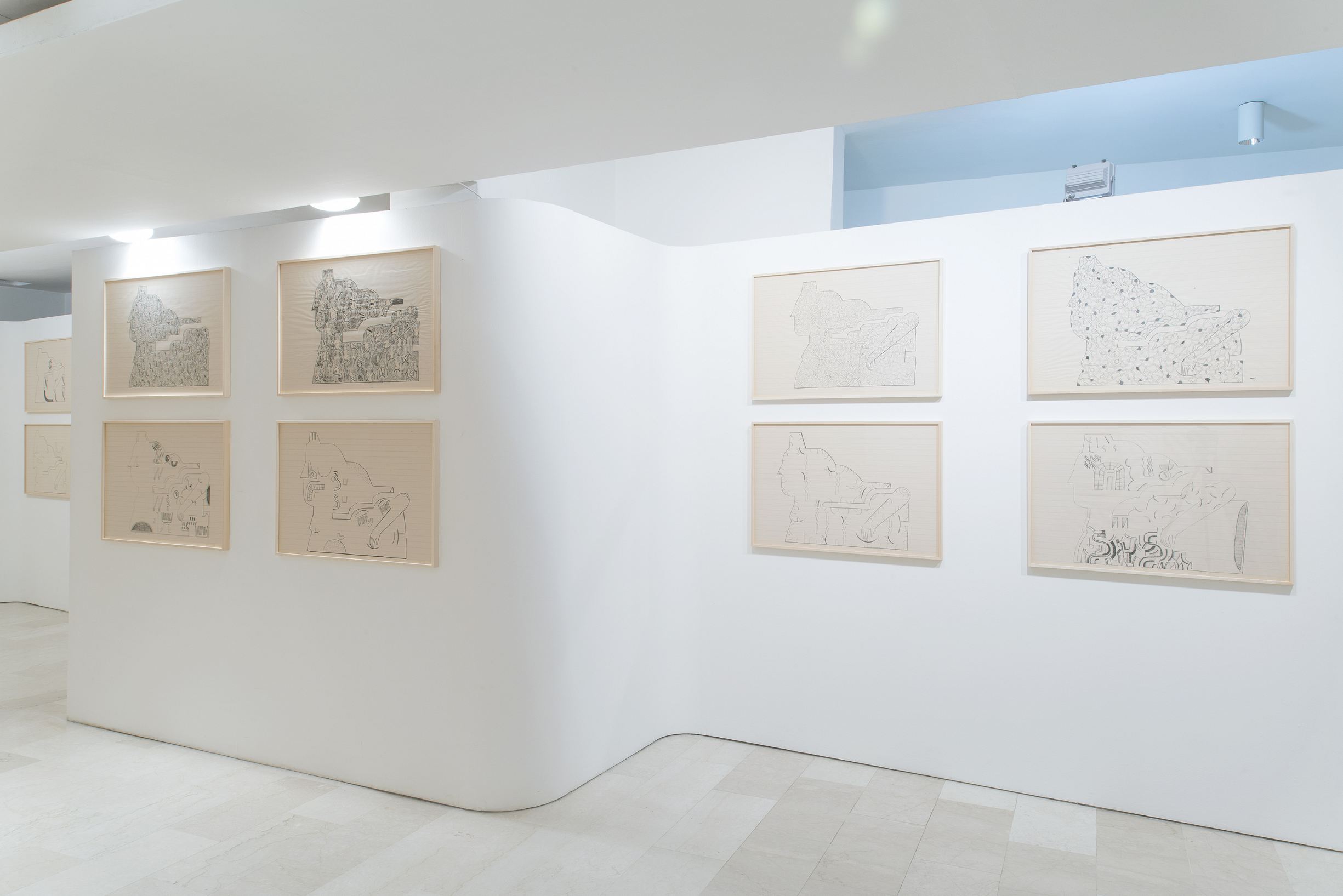 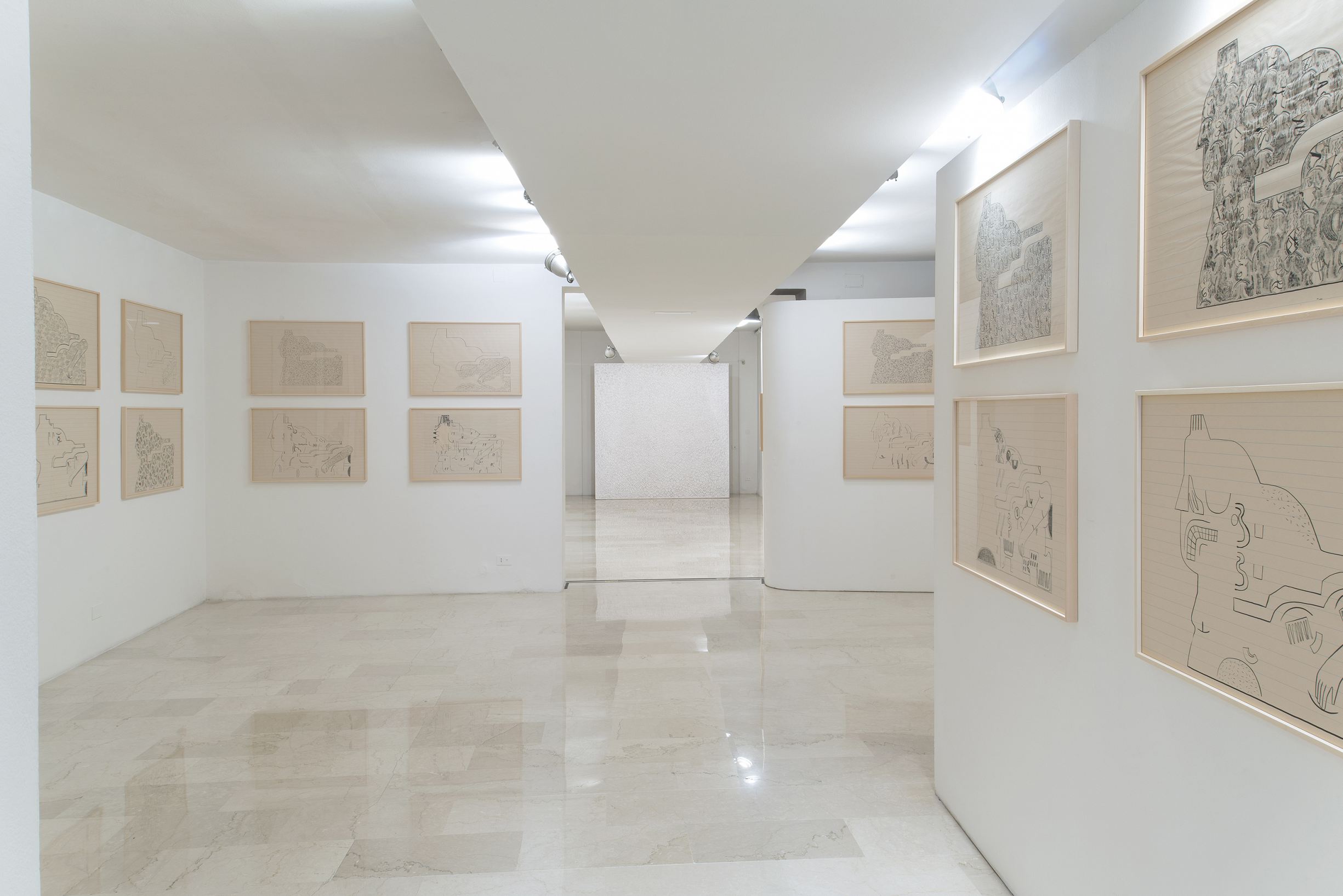 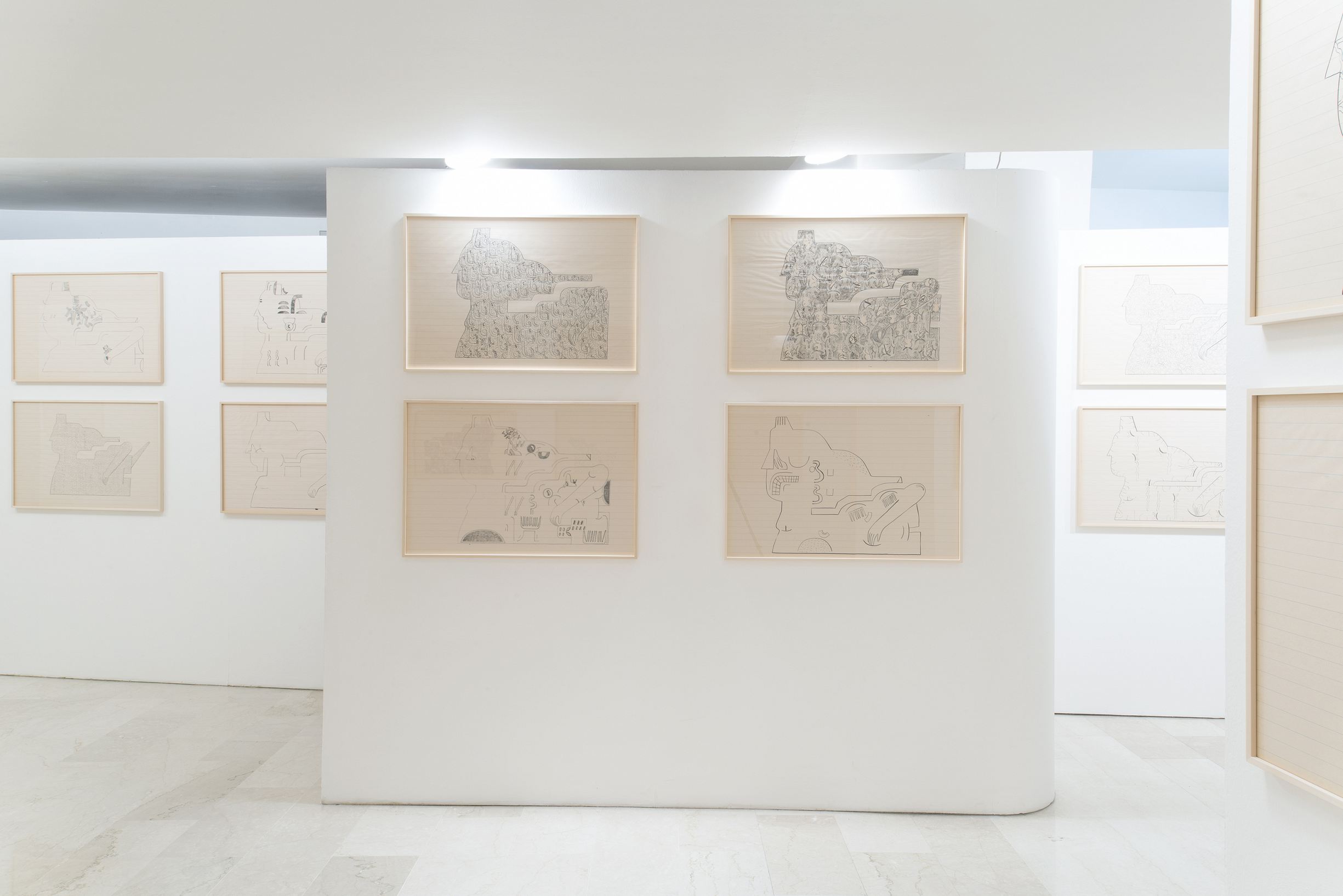 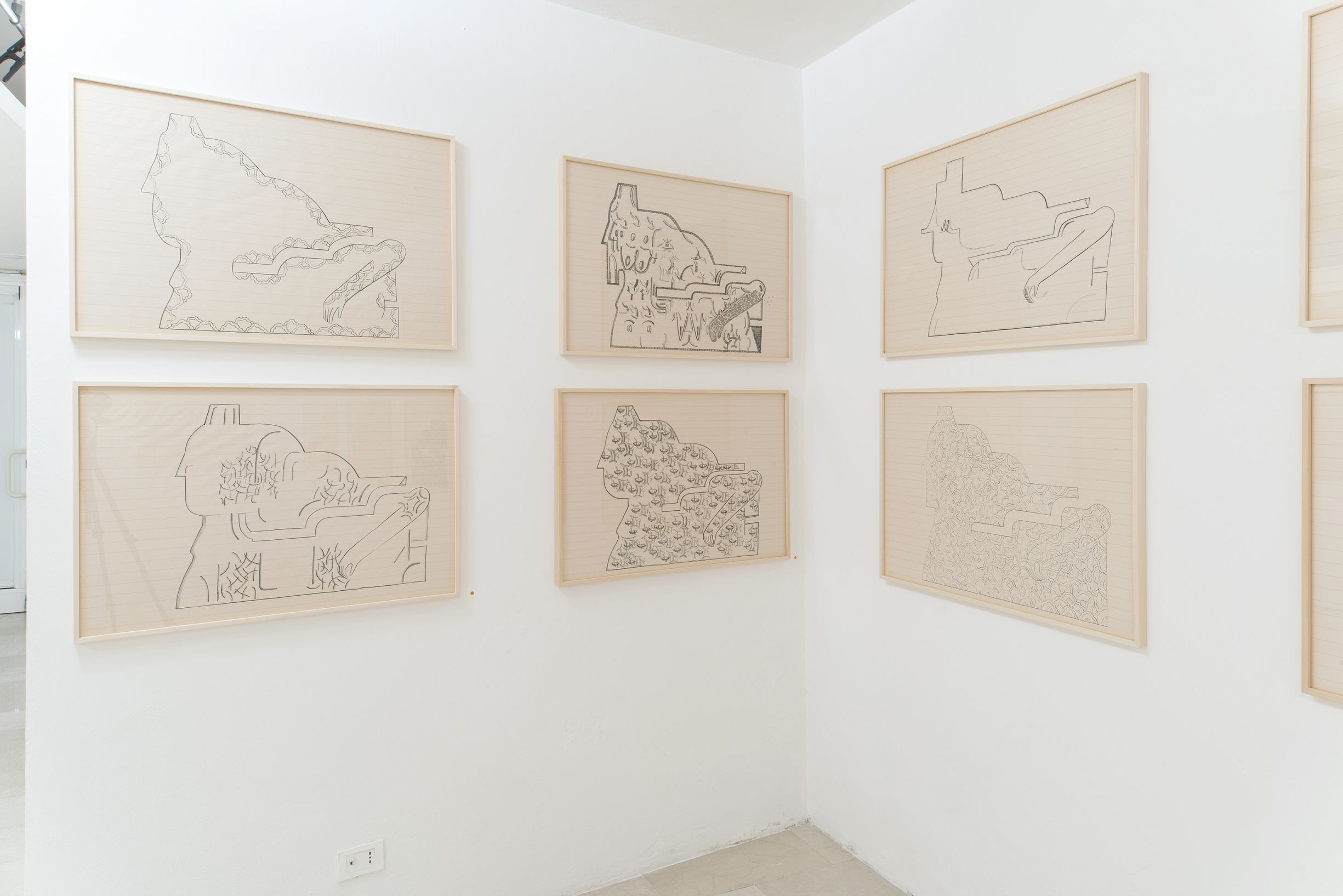 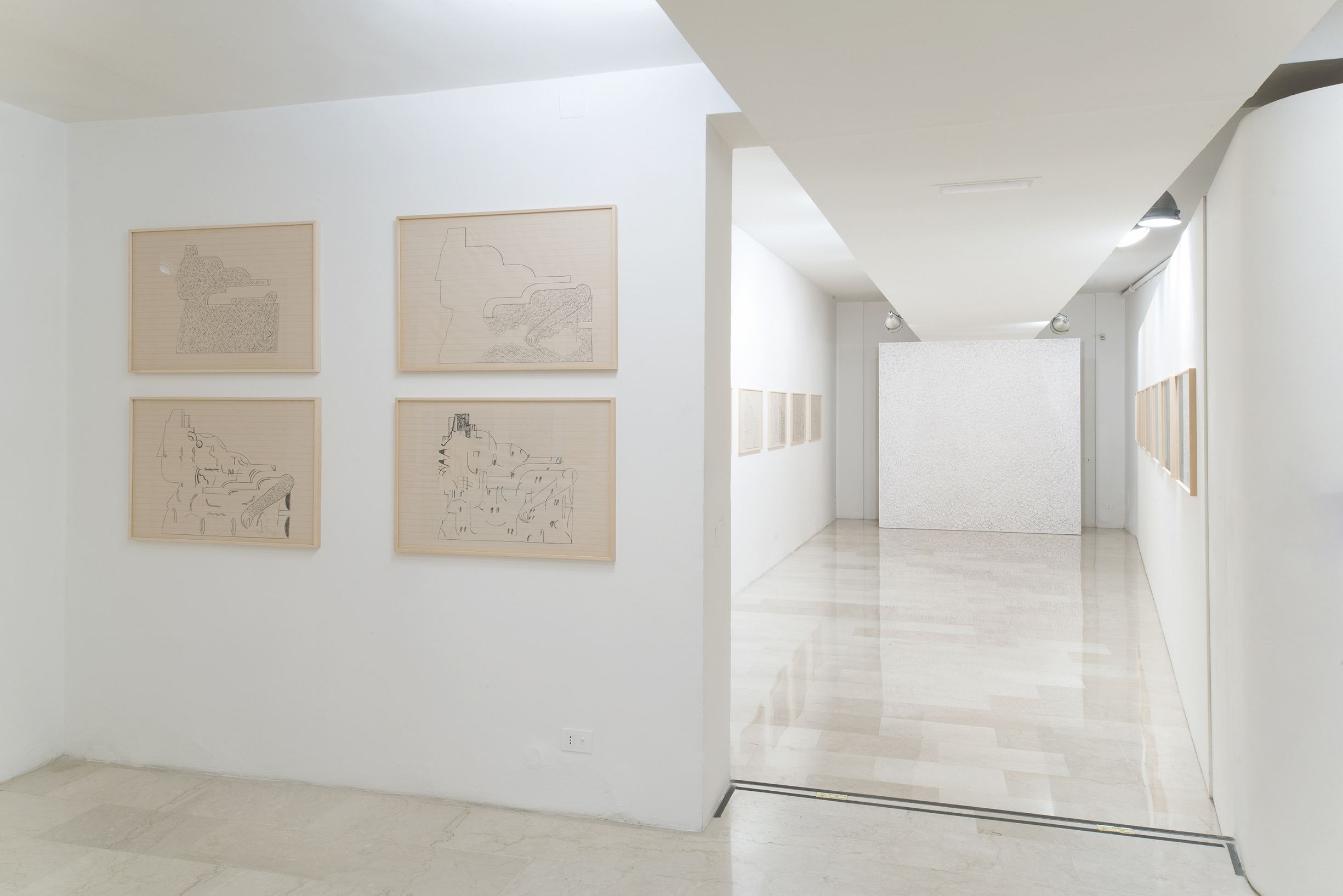 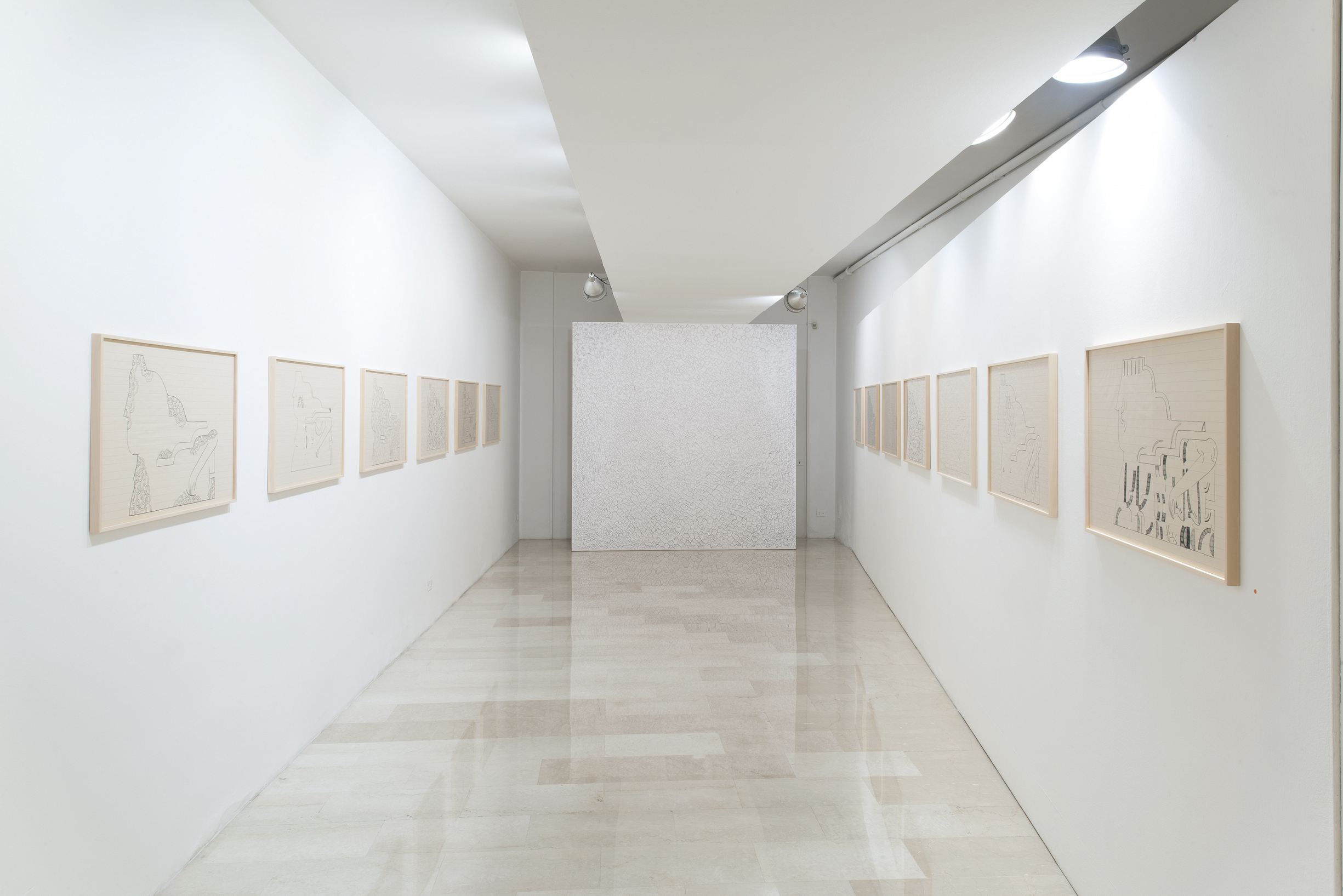 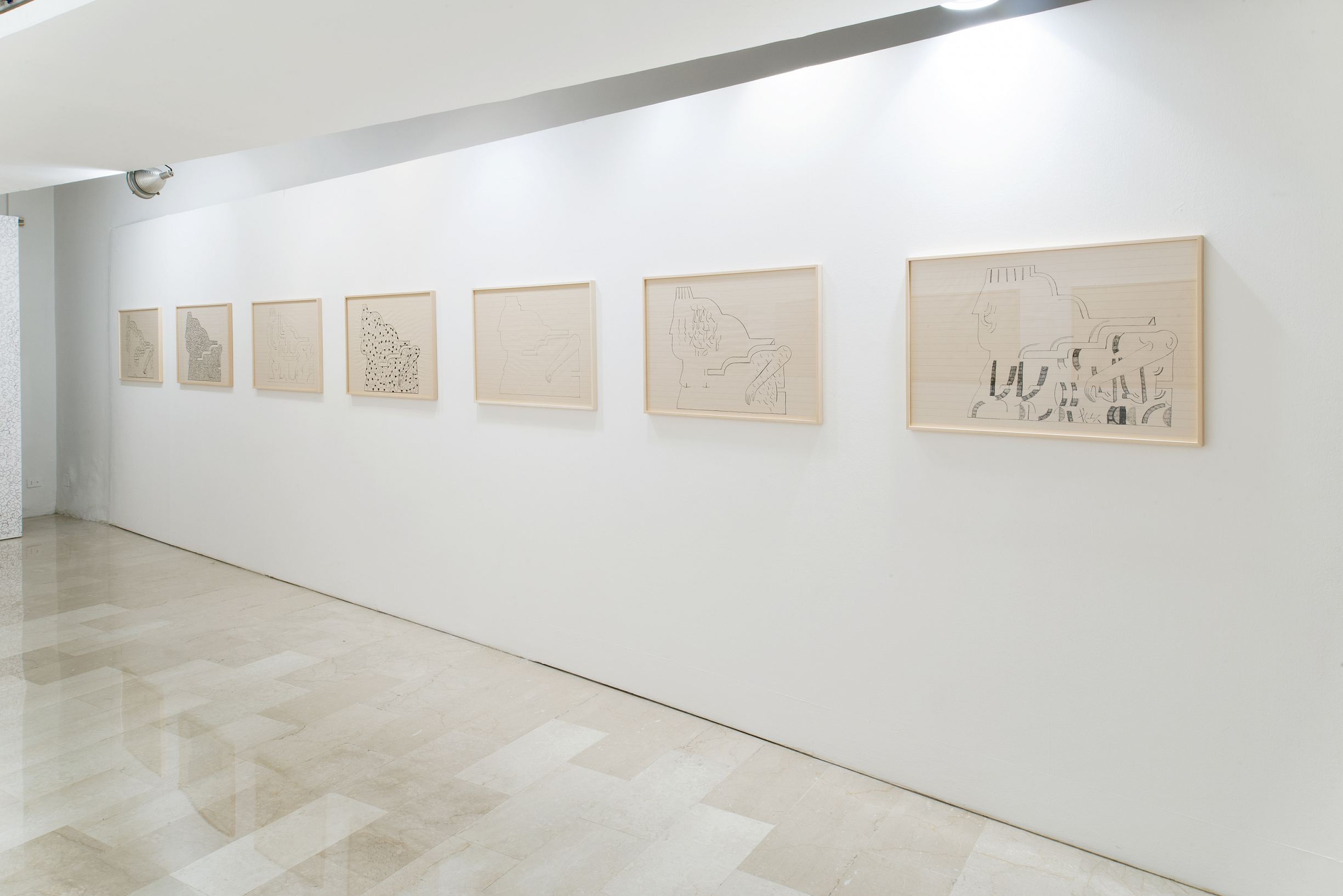 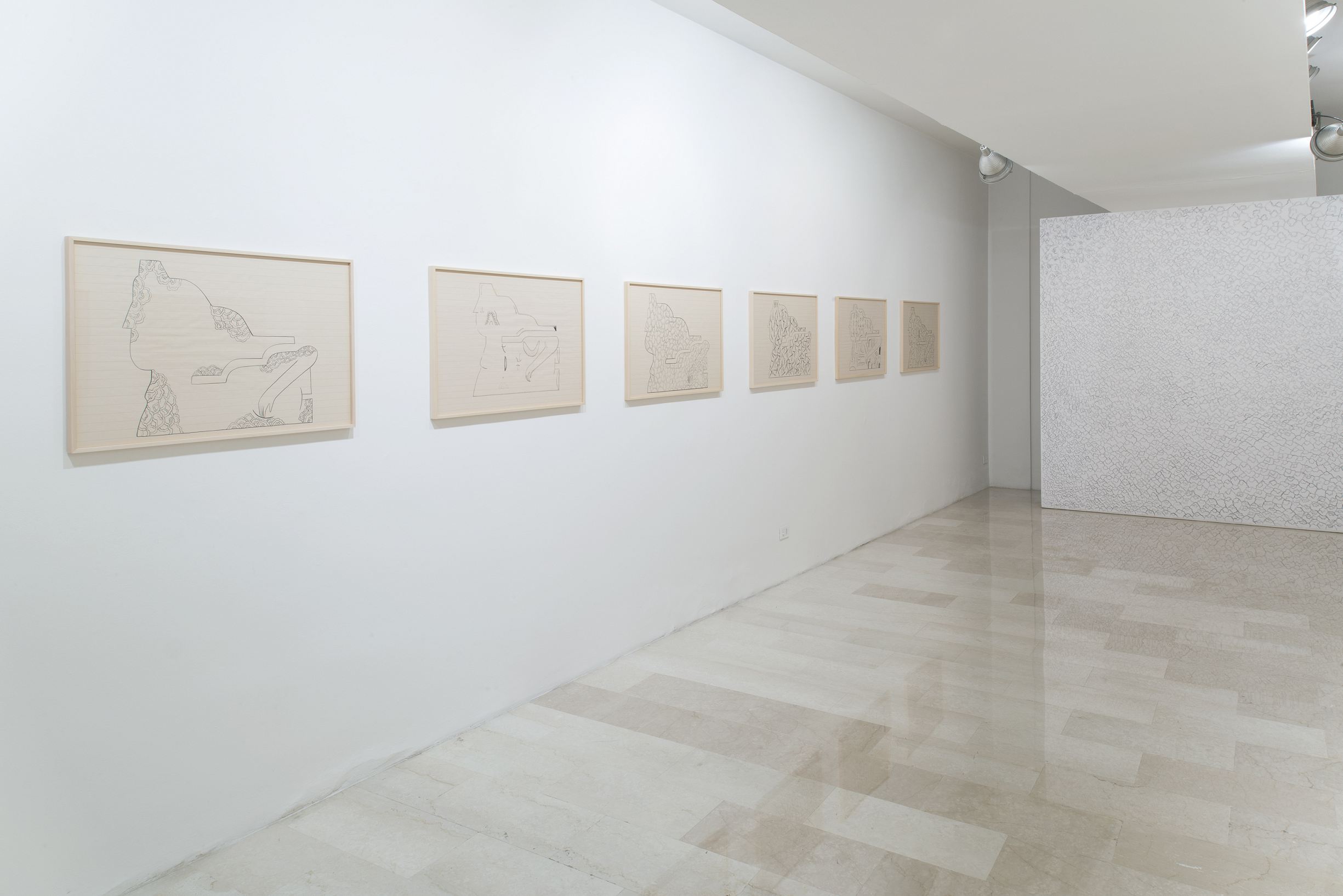 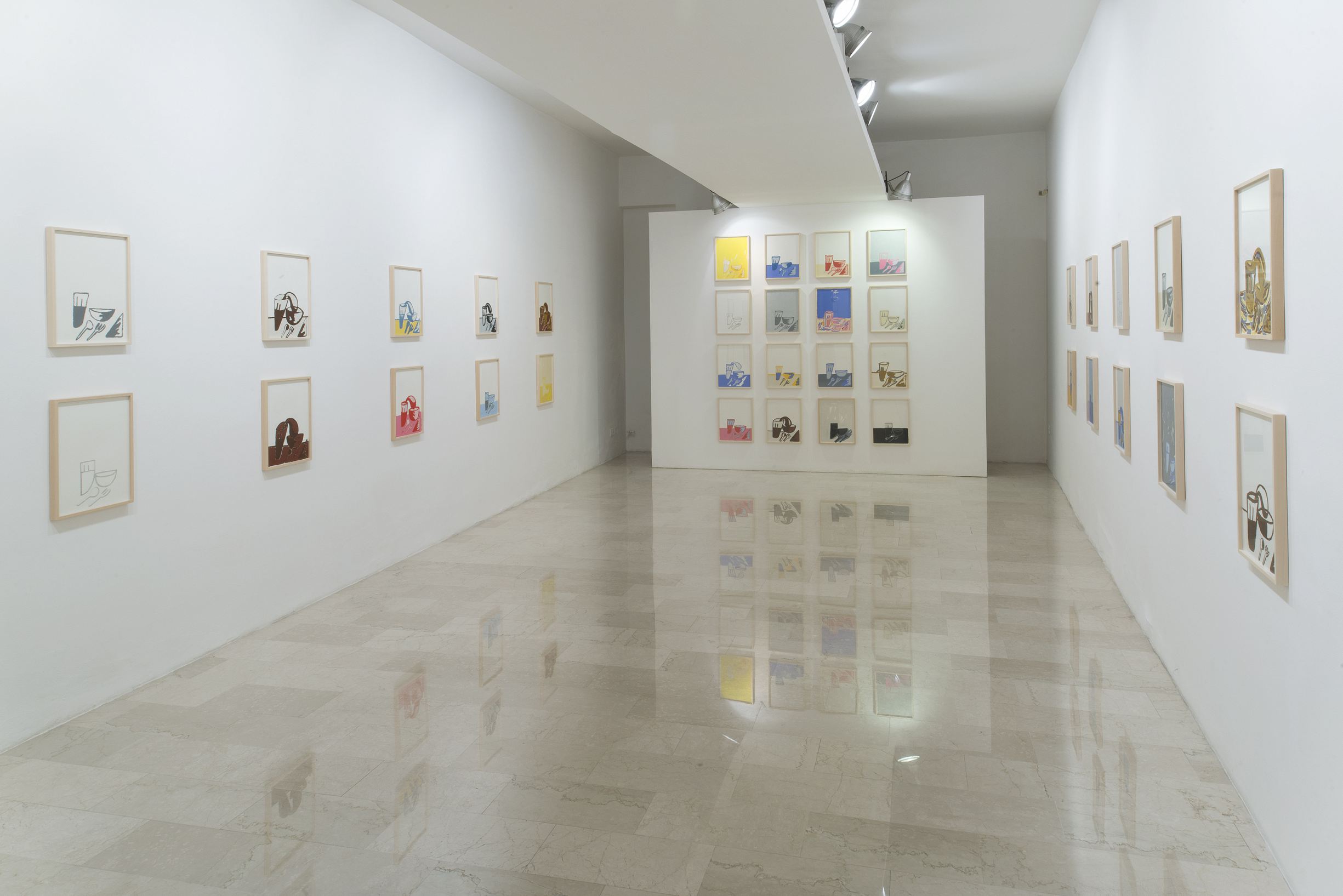 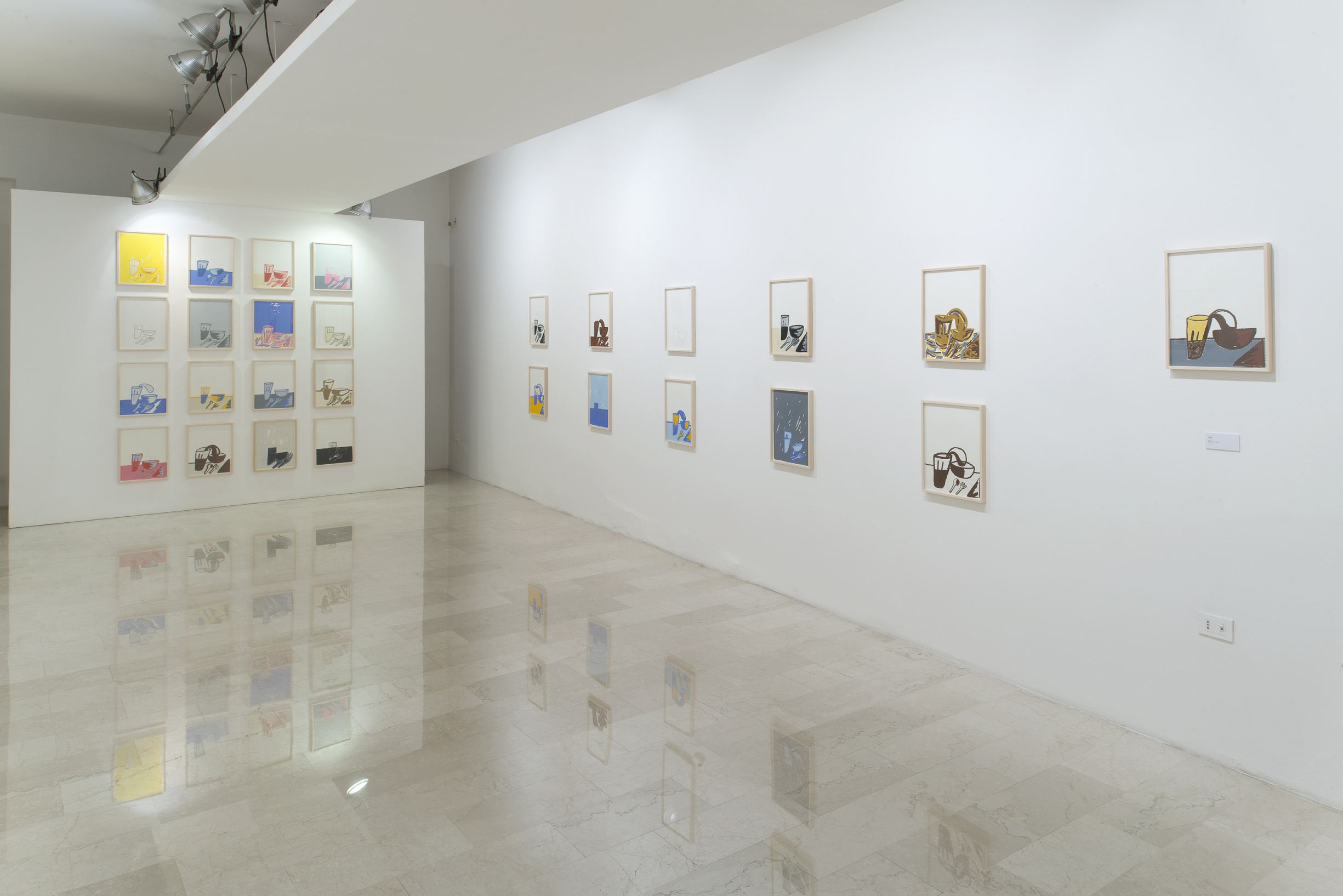 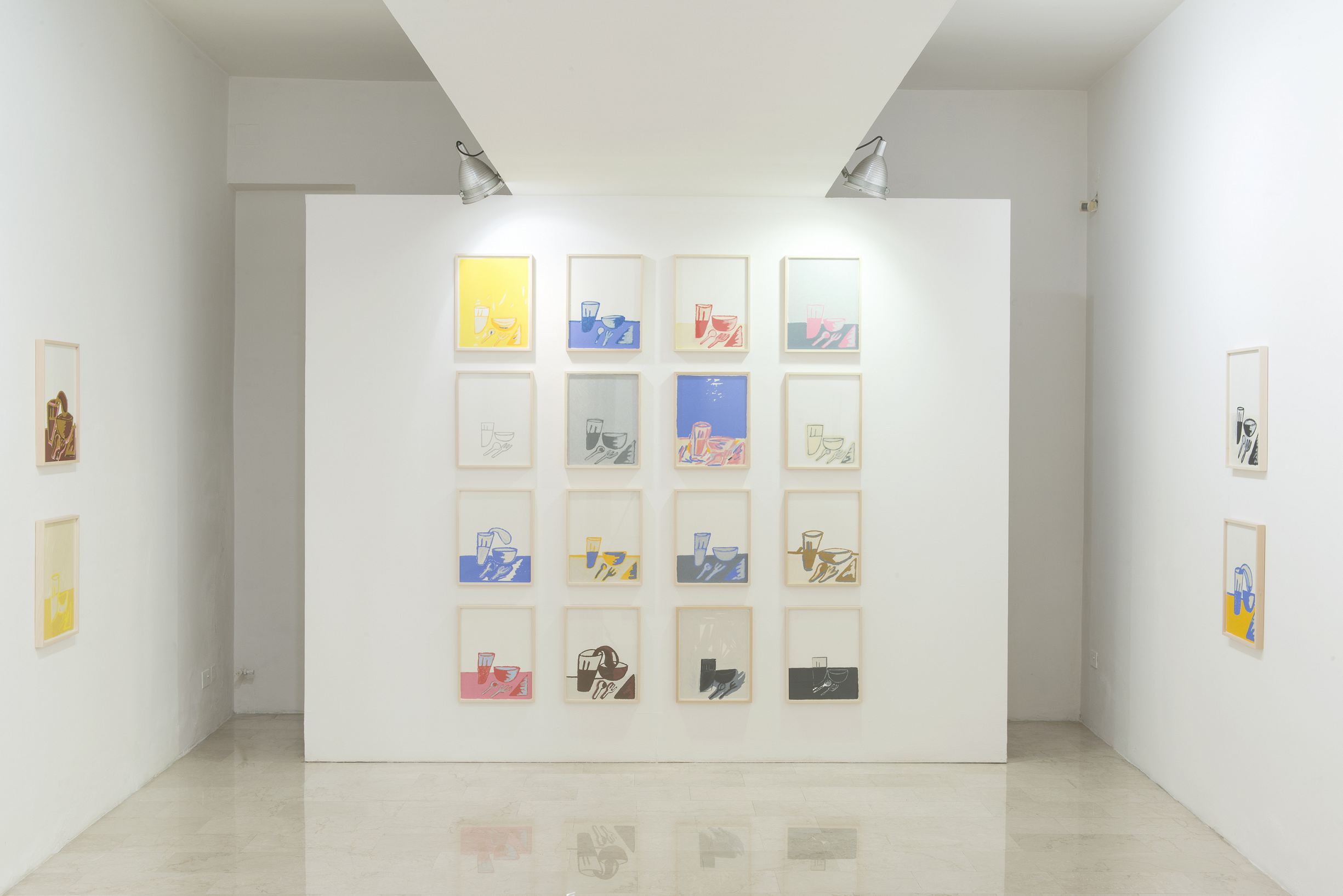 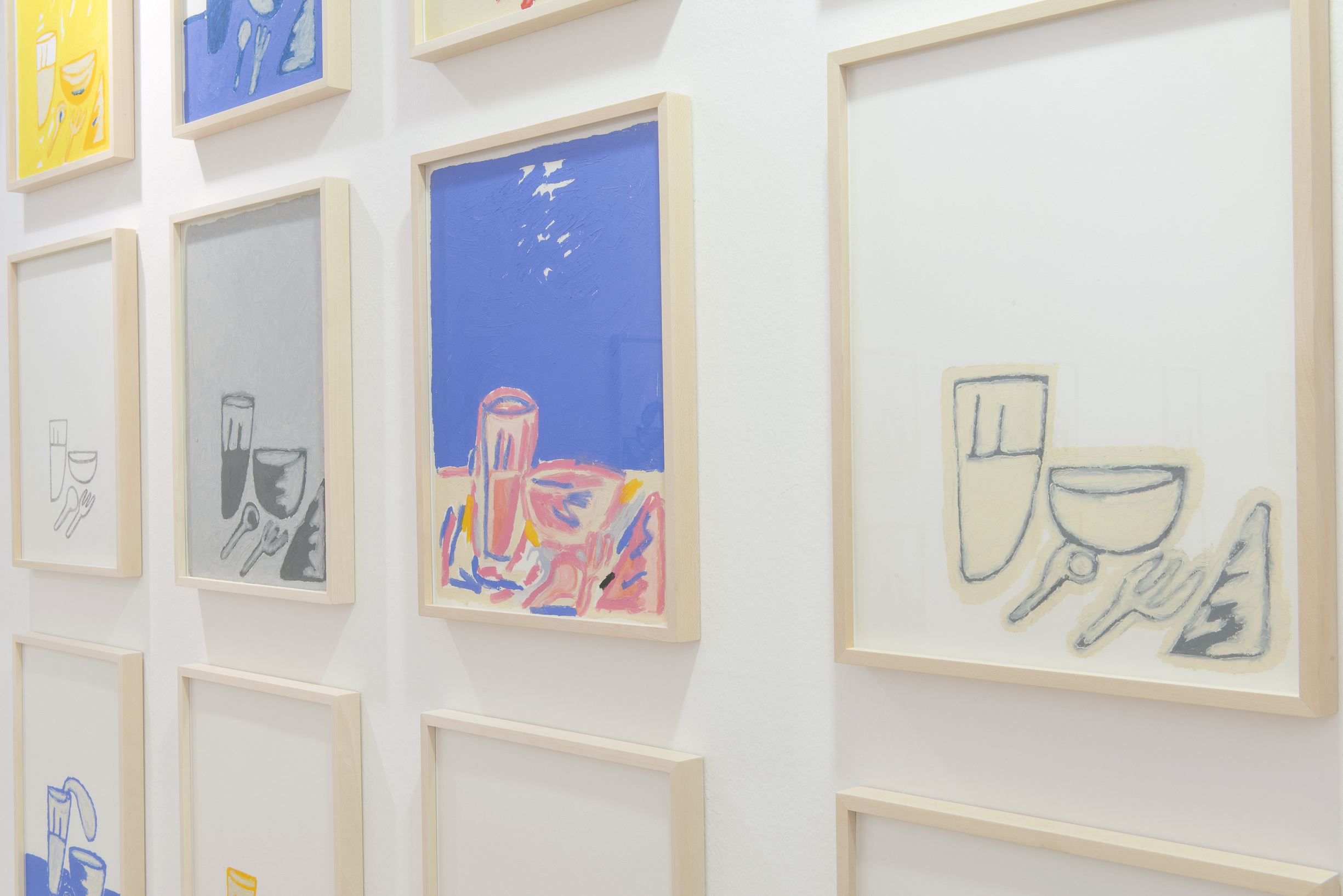 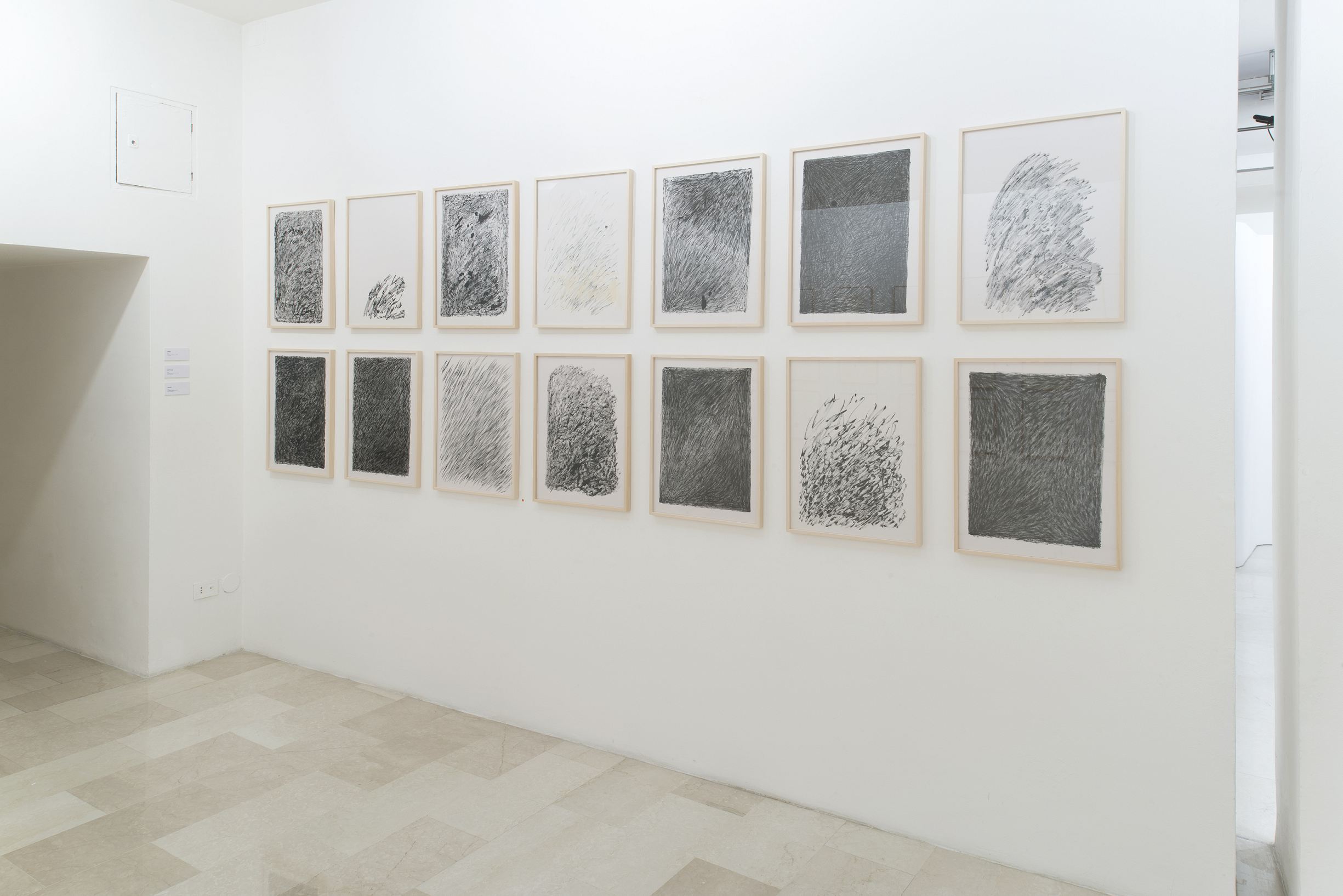 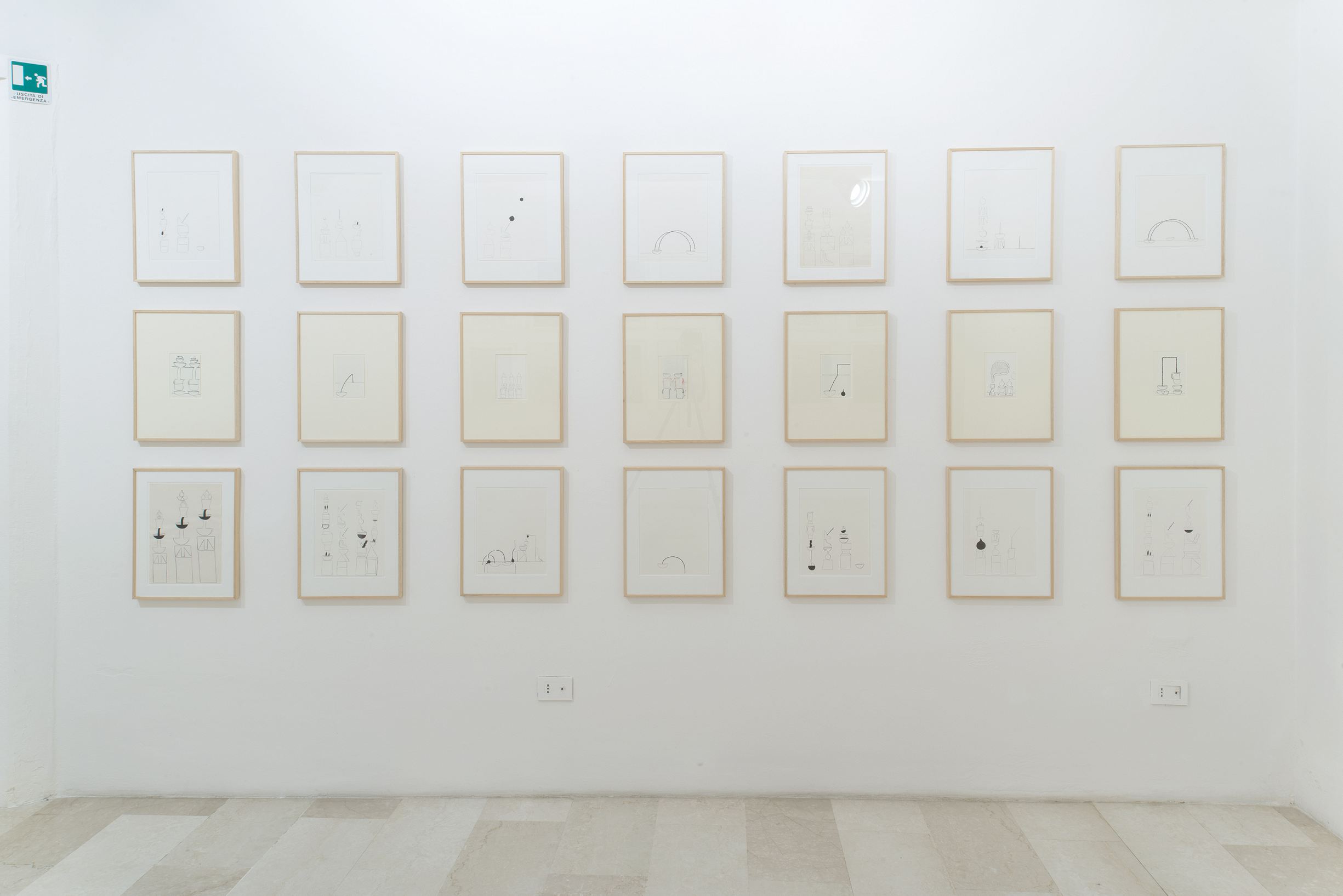 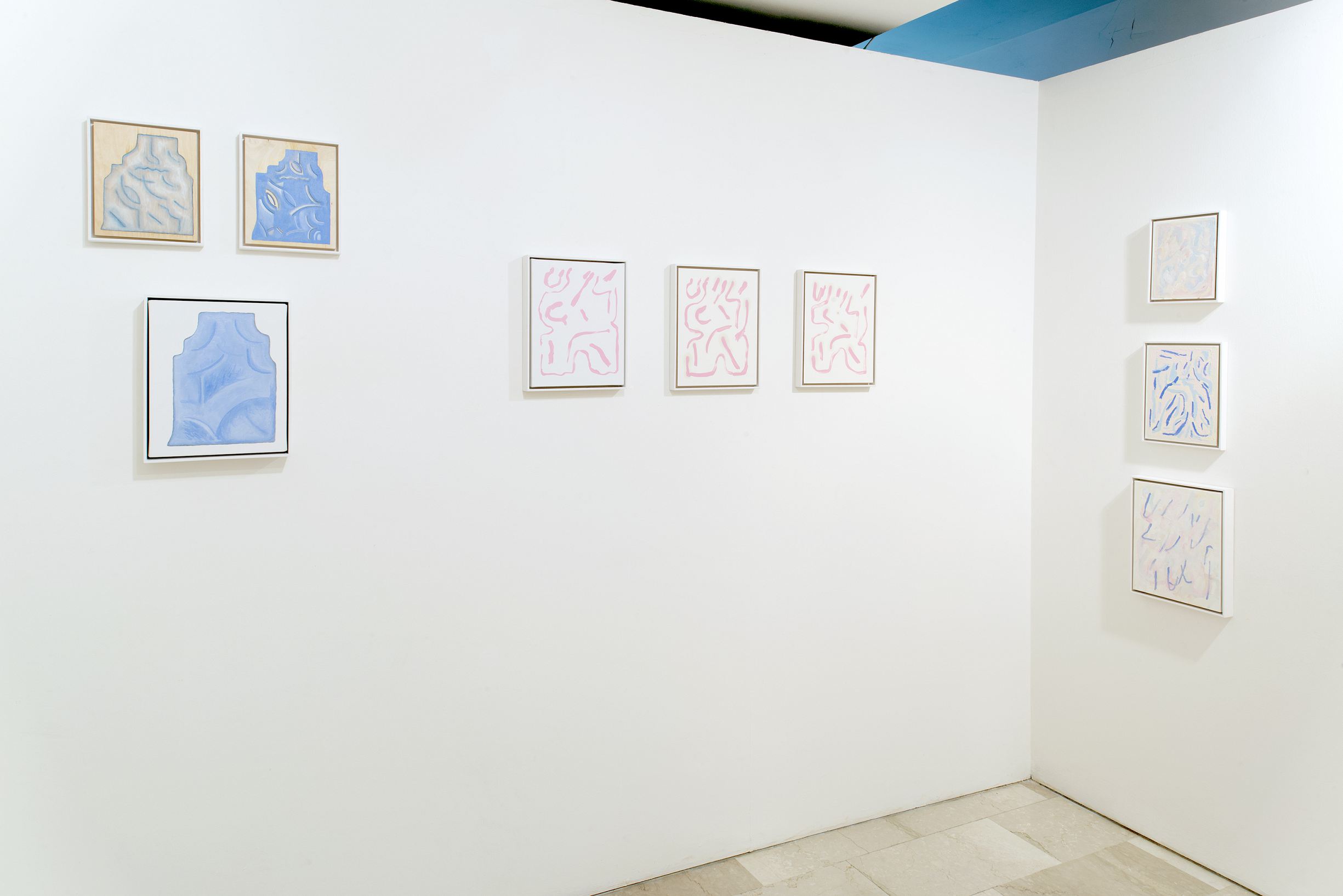