Exhibition is curated and with a book by Richard Milazzo, The Corner of the Room: Ross Bleckner’s Paintings of the 1970s.


ROSS BLECKNER: NEW PAINTINGS 2017-2018 is the third exhibition of the artist’s work at Galleria Mazzoli, in Modena, from June 16 through September 2018, curated and with a book by Richard Milazzo, The Corner of the Room: Ross Bleckner’s Paintings of the 1970s.
Besides functioning as the catalogue for this exhibition of the White Paintings (2012-18) and the most comprehensive presentation of the Blue Monet Paintings (2011-18), The Corner of the Room documents for the first time the works the artist produced in the 1970s, and continues where the second volume, The Flower Paintings of Ross Bleckner, left off, covering the major paintings from 2011 to the present: the Brain Paintings (2012-15), the Black Monet Paintings (2012-17), the Treasury of Light Paintings (2013-14), the Architecture of the Sky (or Dome Paintings) Reprised (2013-16), the provocative Burn Paintings (2015-17), the Bird Paintings Reprised (2016-17), and the Cy Paintings (2018), the smaller but exquisite hommages based on Cy Twombly’s photographs. The Flower Paintings of Ross Bleckner was also published by Galleria Mazzoli, and it accompanied the second exhibition at the gallery in 2010. The first show at Galleria Mazzoli, Ross Bleckner: New Paintings 1997-1999, in 1999, was the most substantial exhibition of Bleckner’s controversial and self-proclaimed “realist” works – the Cell, Linkage and DNA Paintings.
Rather than writing a comprehensive text, the author chose, instead, in the third volume, The Corner of the Room, to conduct a series of conversations with the artist, primarily analyzing the work of the 1970s, but also covering the recent works since 2011, including those being shown in this exhibition, the White Paintings and the Blue Monet Paintings. Approaching the work through this more personal approach not only opened “the door to last year,” but also to many years past and to the present. The subjects discussed and the experiences revealed include the relentless desire and futile attempt to achieve the ‘perfect’ surface in abstract painting but being faced with the ultimate asymptotic reality of innumerable thresholds and the contradiction of wanting this same painting to reach beyond itself to the social issues of the larger world. We see the artist trying to come to terms with the “hard nut of who we are,” refusing to deny this reality but also knowing that much of what we accept about any given reality is constructed and therefore possibly subject to transformation. We observe Bleckner develop from the small formal and existential corners of his life and painting in the 1970s, moving away from the prescriptive parameters of Minimalism and Conceptualism toward a post-Constructivist aesthetic and ethos during this period, attempting to generate “structures of emotion” that made him feel and the work seem less “cornered,” leading him ultimately to create his Grid and infamous Op or Stripe paintings of the early 1980s, and still later, his Memorial or AIDS Paintings. It is this disciplined but libidinal trajectory that finally results in the multi-faceted Flower Paintings addressing the more generic human predicament of mortality. Along the way, Bleckner dialogues formally with such artists as Piero della Francesca, Tintoretto, Goya, Manet, Monet, Malevich, Picabia, Nolde, de Kooning, Newman, Cy Twombly, Guston, and Smithson – but sufficiently transmuting these influences, even where he may even be quoting a bouquet of flowers handed to him by Manet on his deathbed or a single waterlily by Monet.
Other topics of discussion are “growing up absurd” on Long Island; going to school at Cal Arts; murder, entropy, the Mudd Club, and the art world in New York City in the 1970s; Buddhism, consciousness raising, and the Forgotten; the Sea and Mirror episode with Alec Baldwin, previously covered primarily by Page Six of the New York Post; putting one’s finger in the fire of the Burn Paintings, oblivion and death edits. And, of course, the incomparable beauty of the Blue Monet Paintings (or what the artist calls his White Paintings). The author/cuarator writes: “Perhaps it is these appointments of color that not only distinguish the Blue Monet Paintings from their predecessors, the Weather Paintings, but also lend them their exquisite characterology. It is color that is fundamentally imbued with impermanence, with the sensation that it (any one color) may never appear, never resonate, again quite in the same way. We can say this about the forms, as well. Do we not feel exactly the same way about a water lily painting by Monet, with its irrepressible but ungraspable subtleties of form and color? And so, too, do the barely visible, barely sustainable ‘structures of emotion’ in the floating world of the Blue Monet Paintings survive perception. Making each mark, each trace of color, feel all the more precious, all the more irretrievable, all the more indispensable – like the unique life of a person, even though we know that humanity goes on, presumably, and that there is more paint in the tube or in the bowl from whence these forms and colors came.” 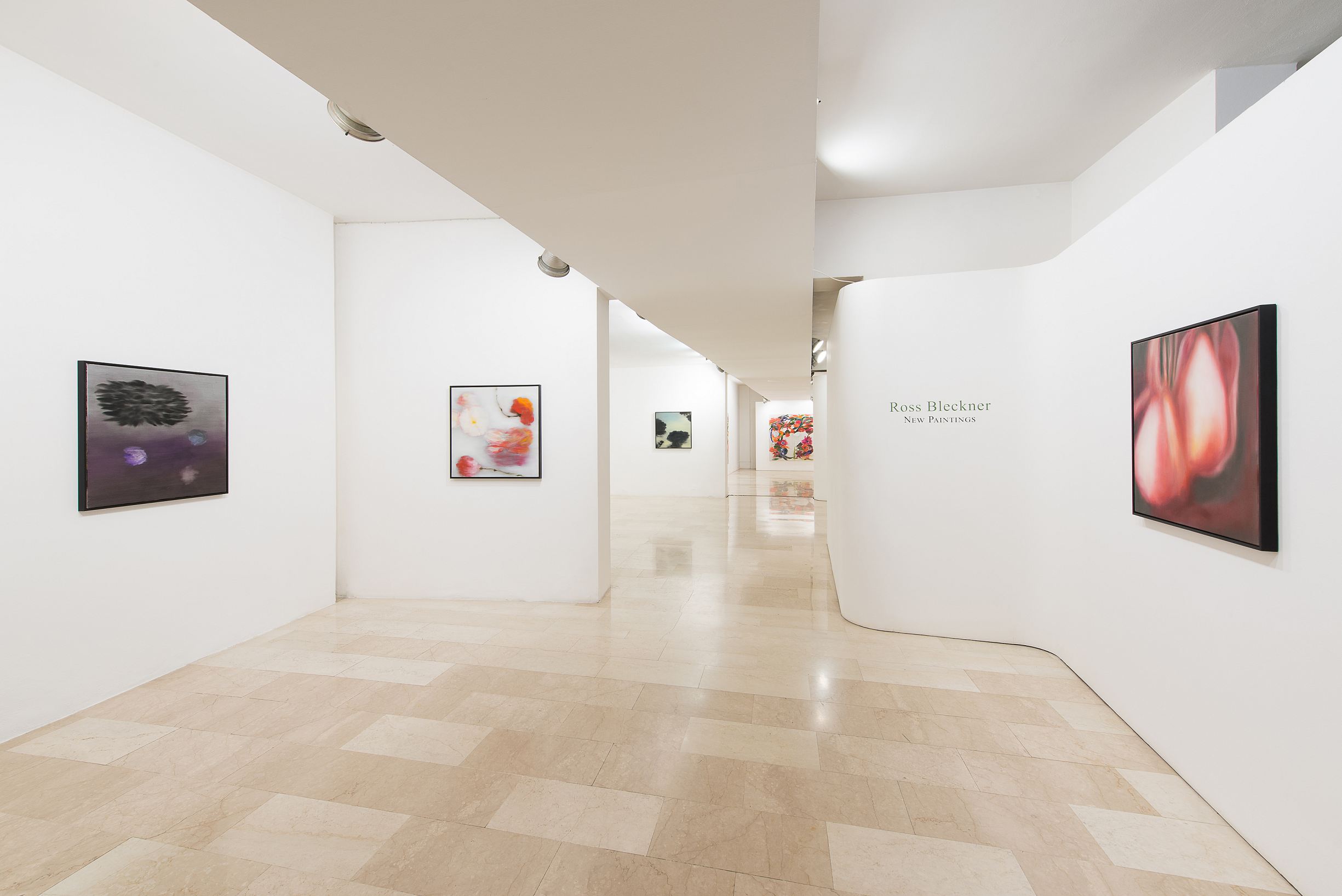 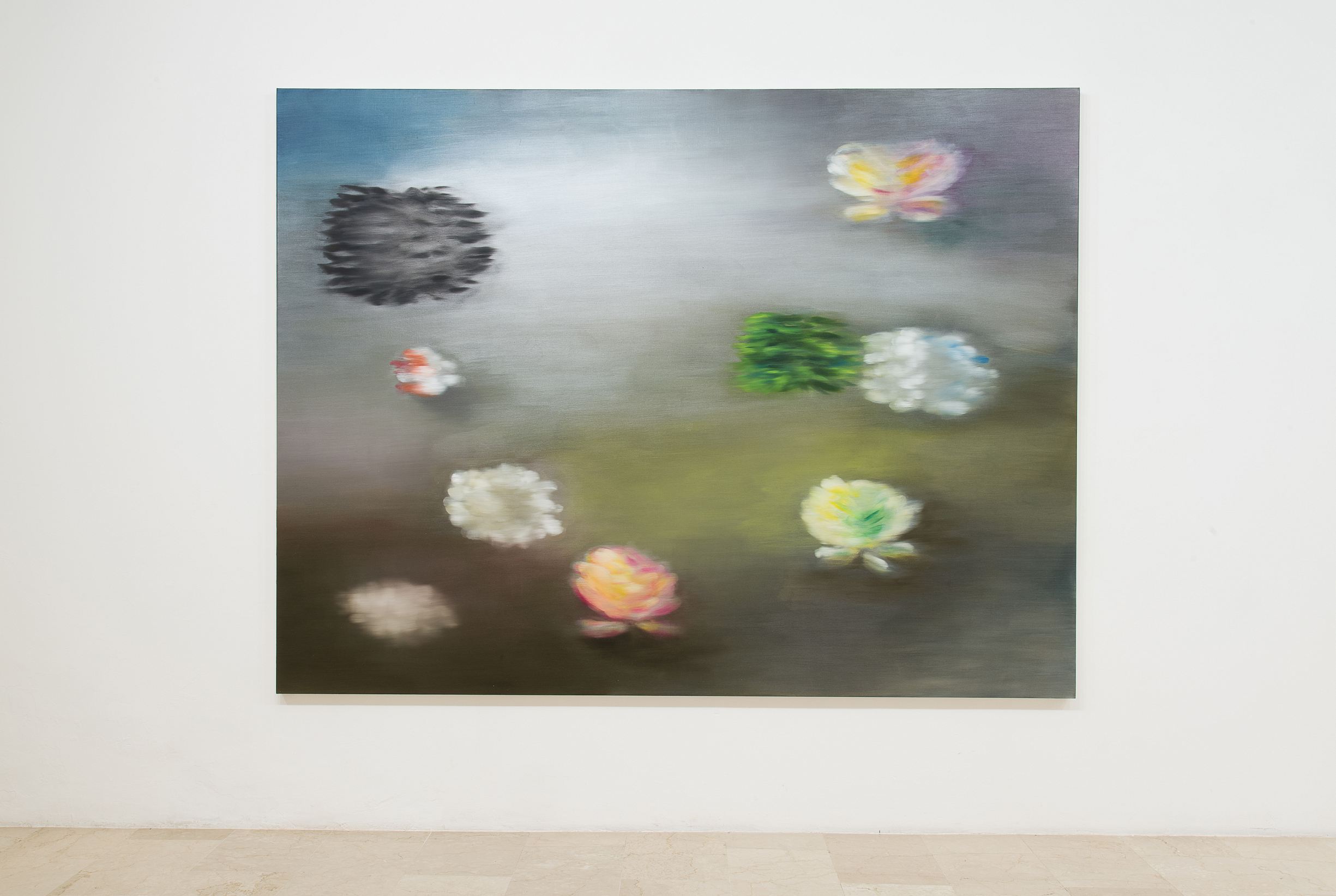 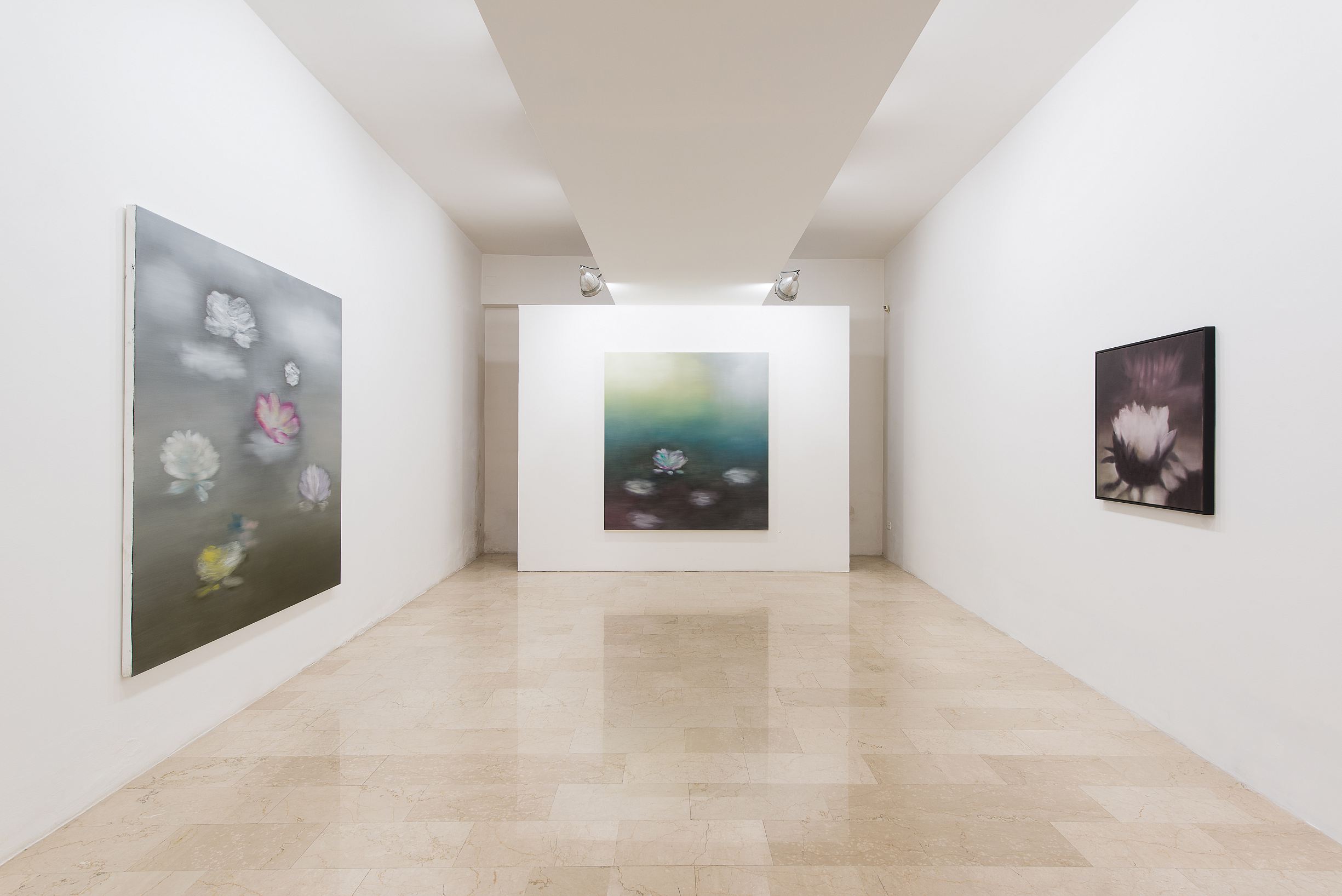 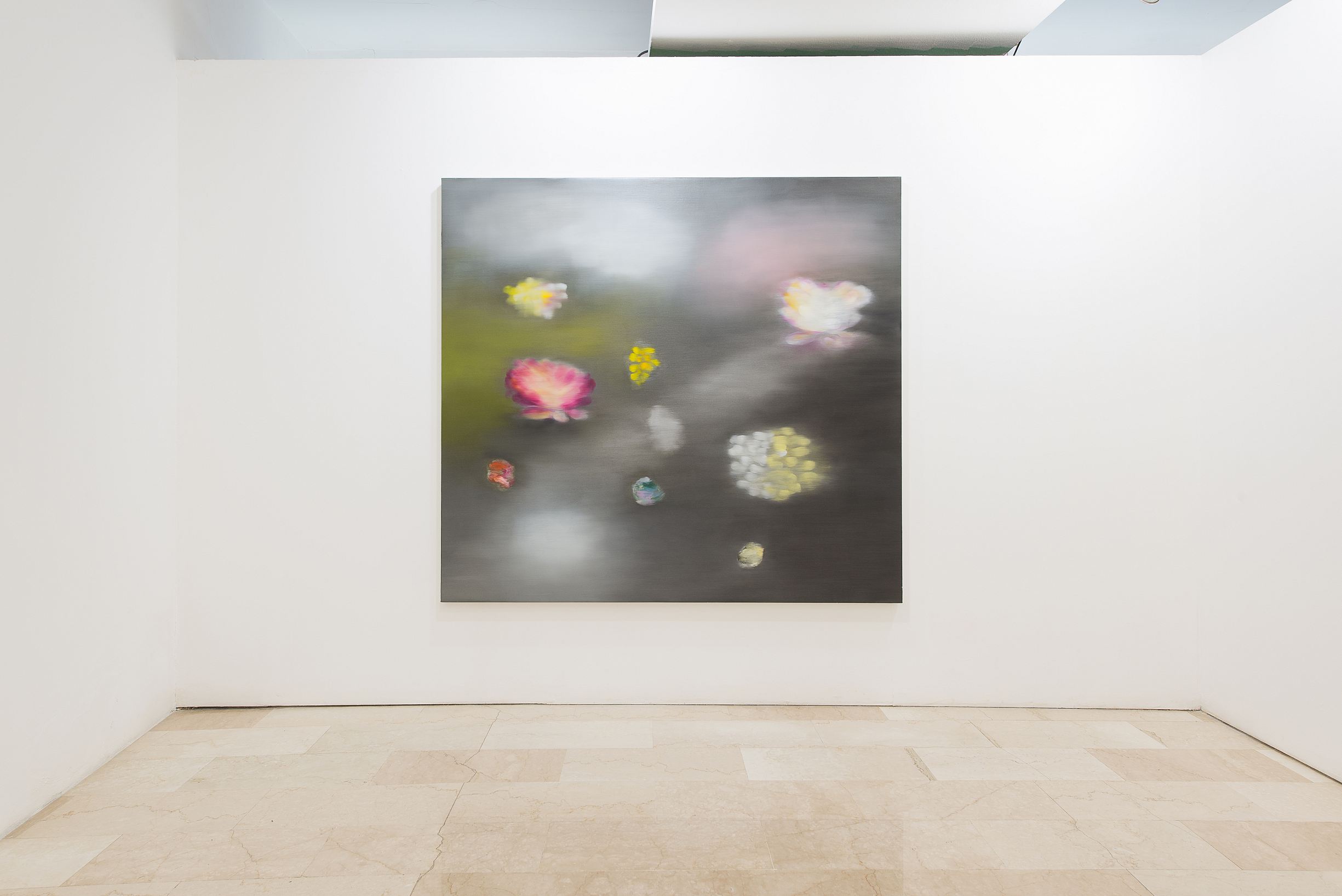 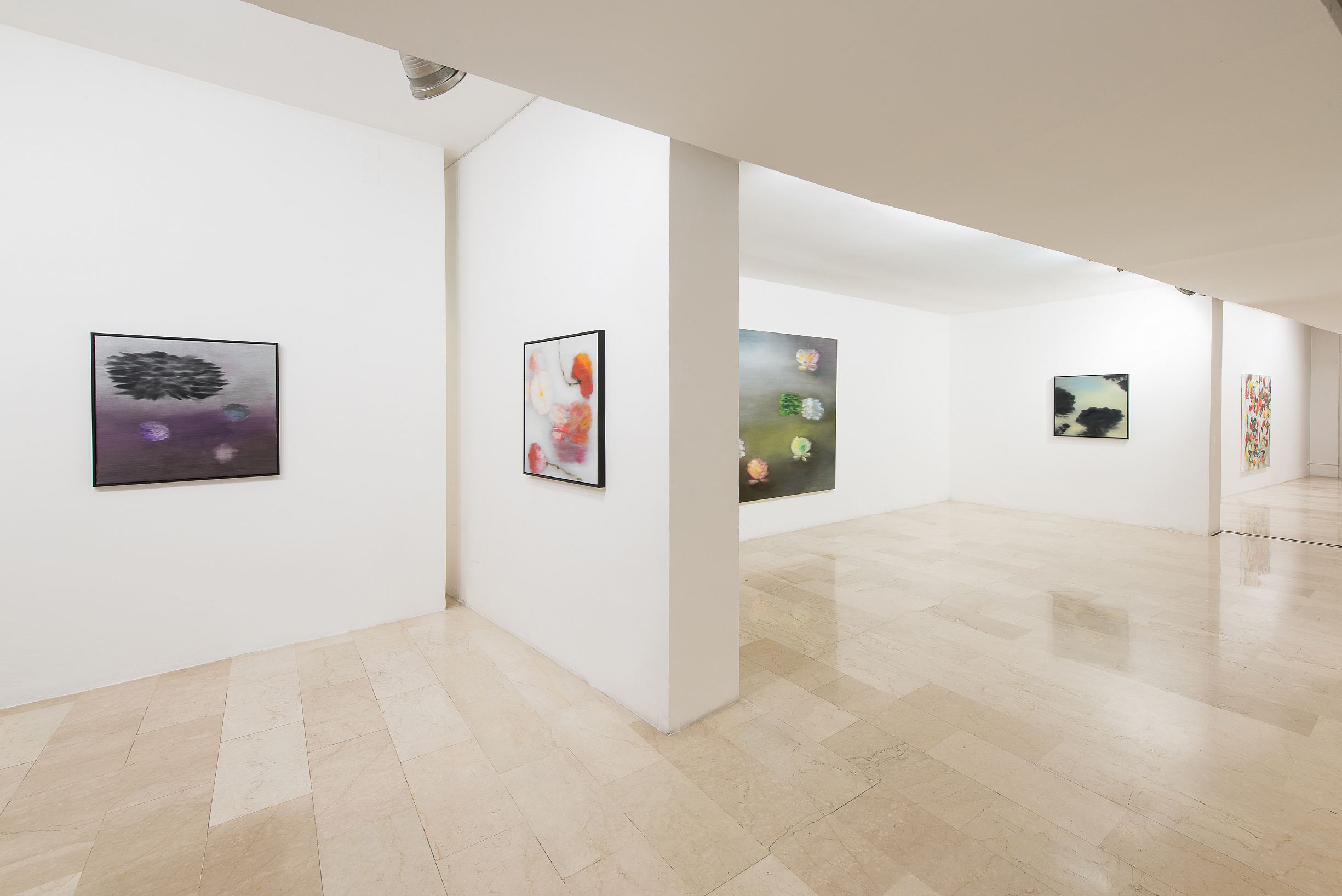 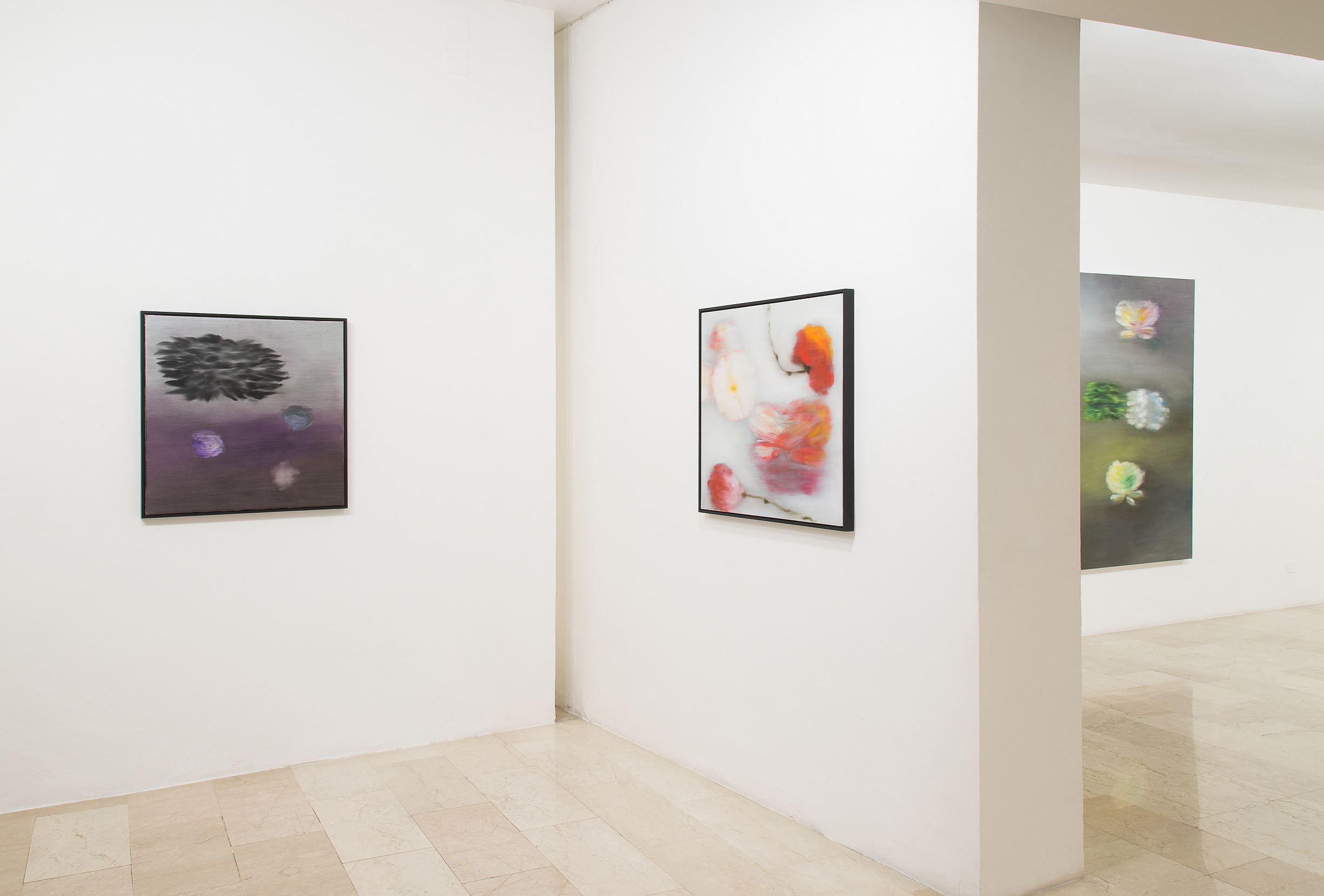 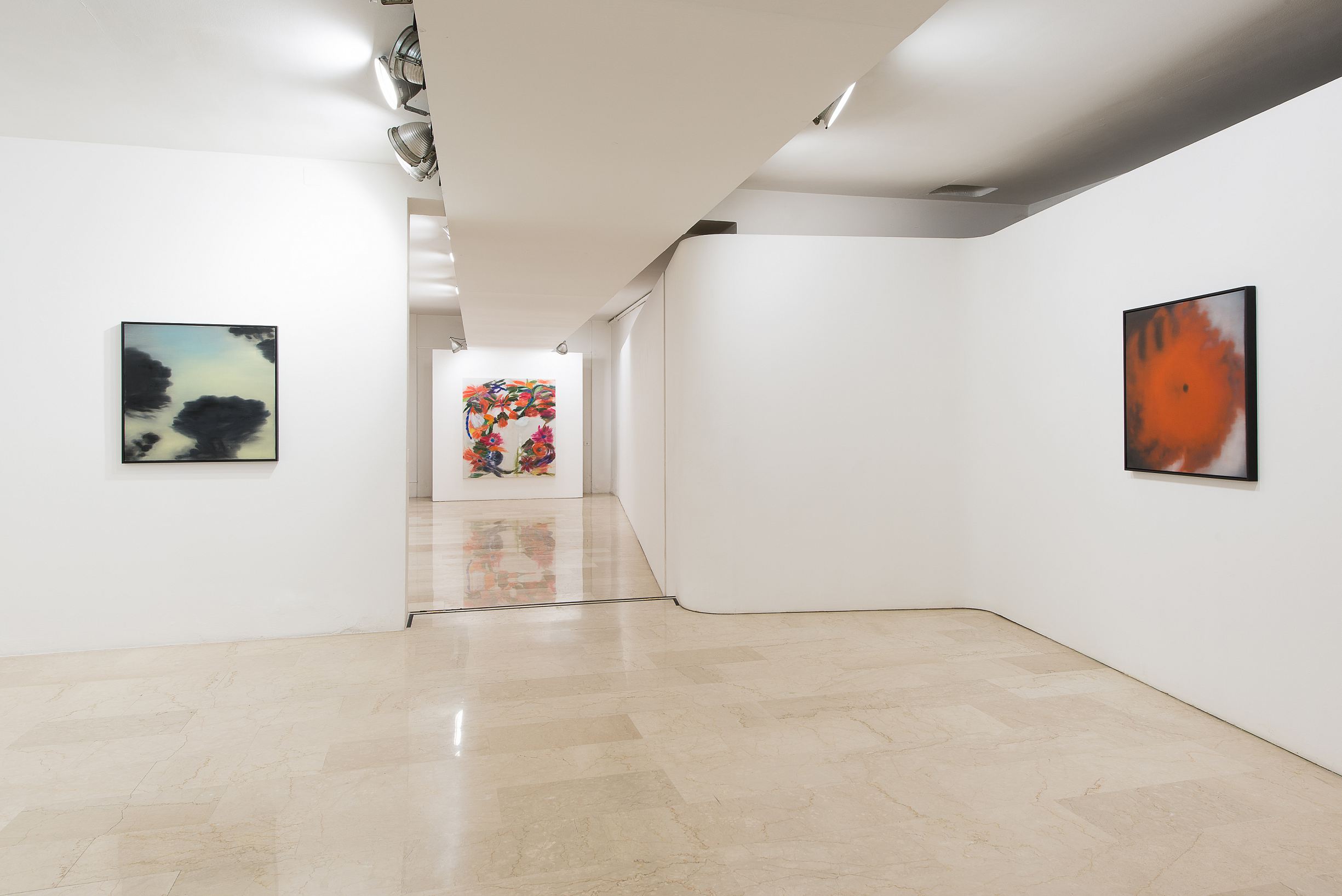 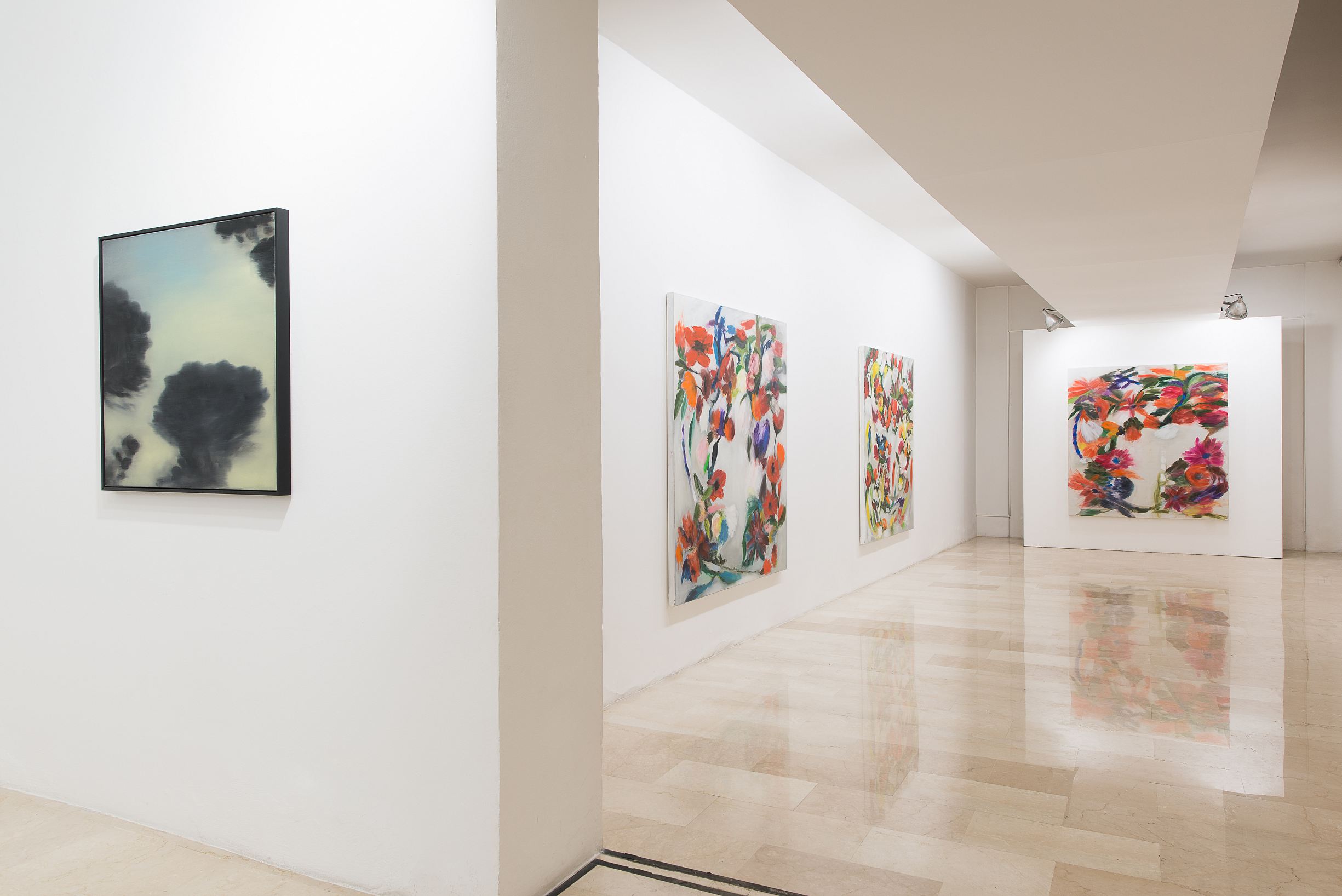 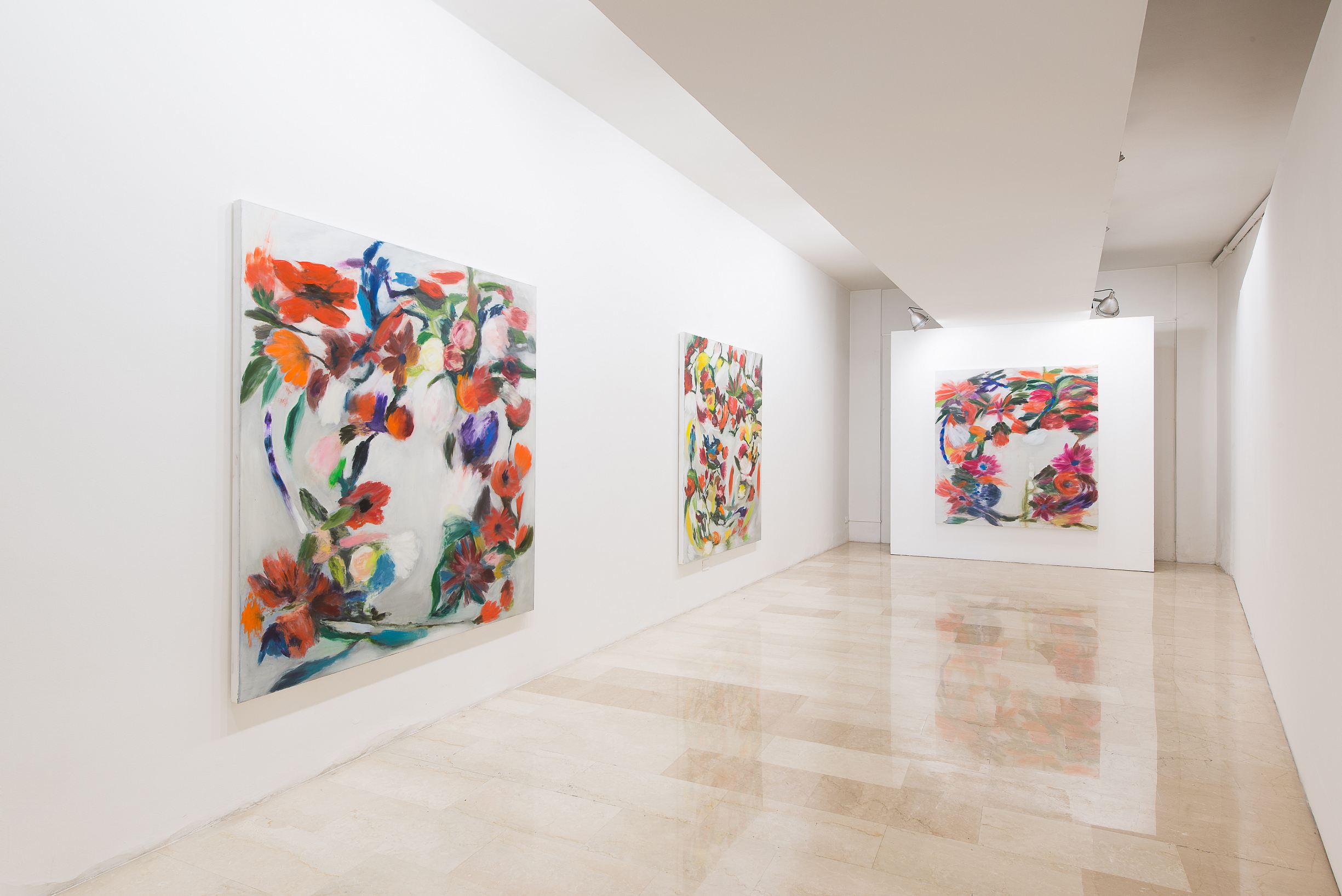 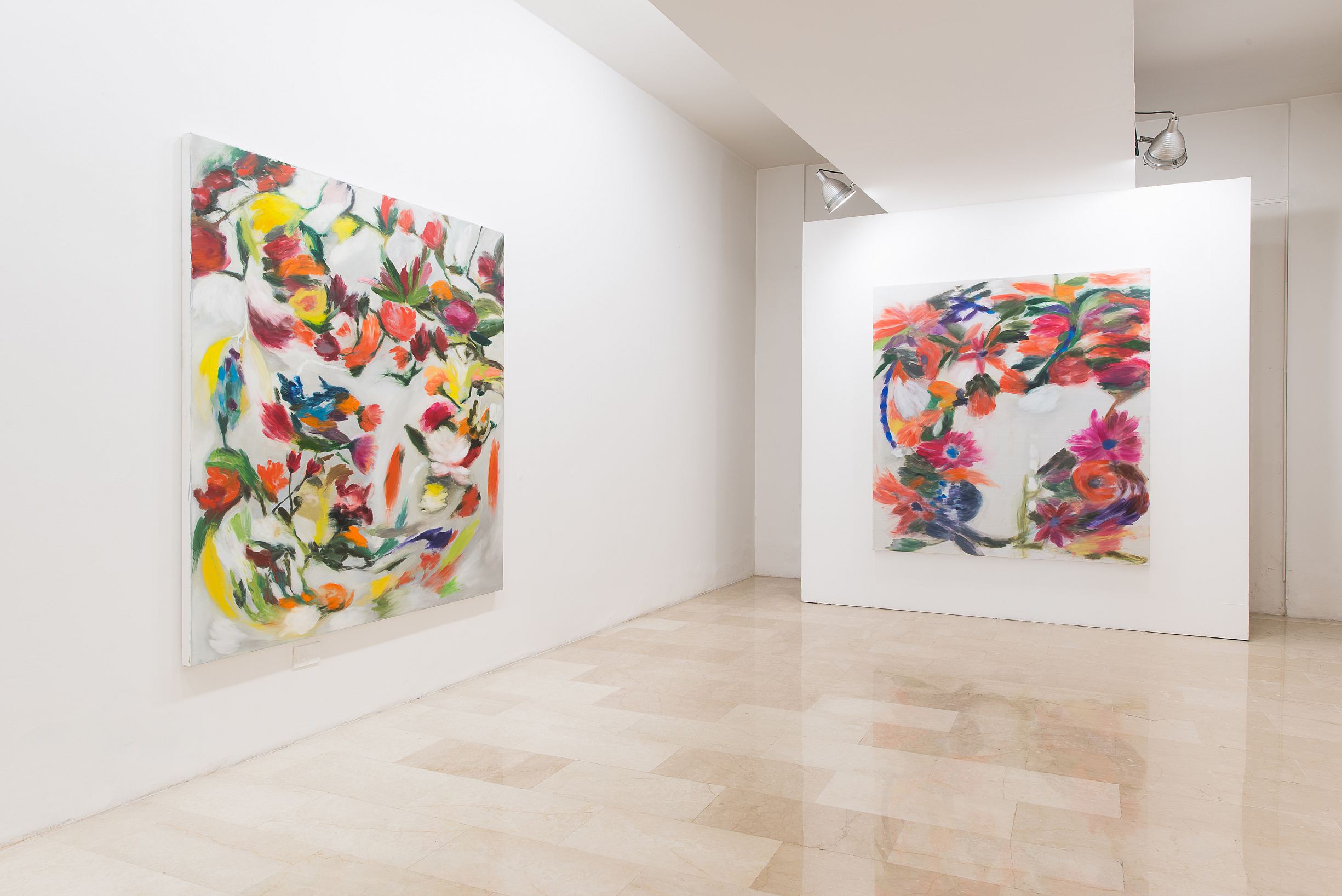 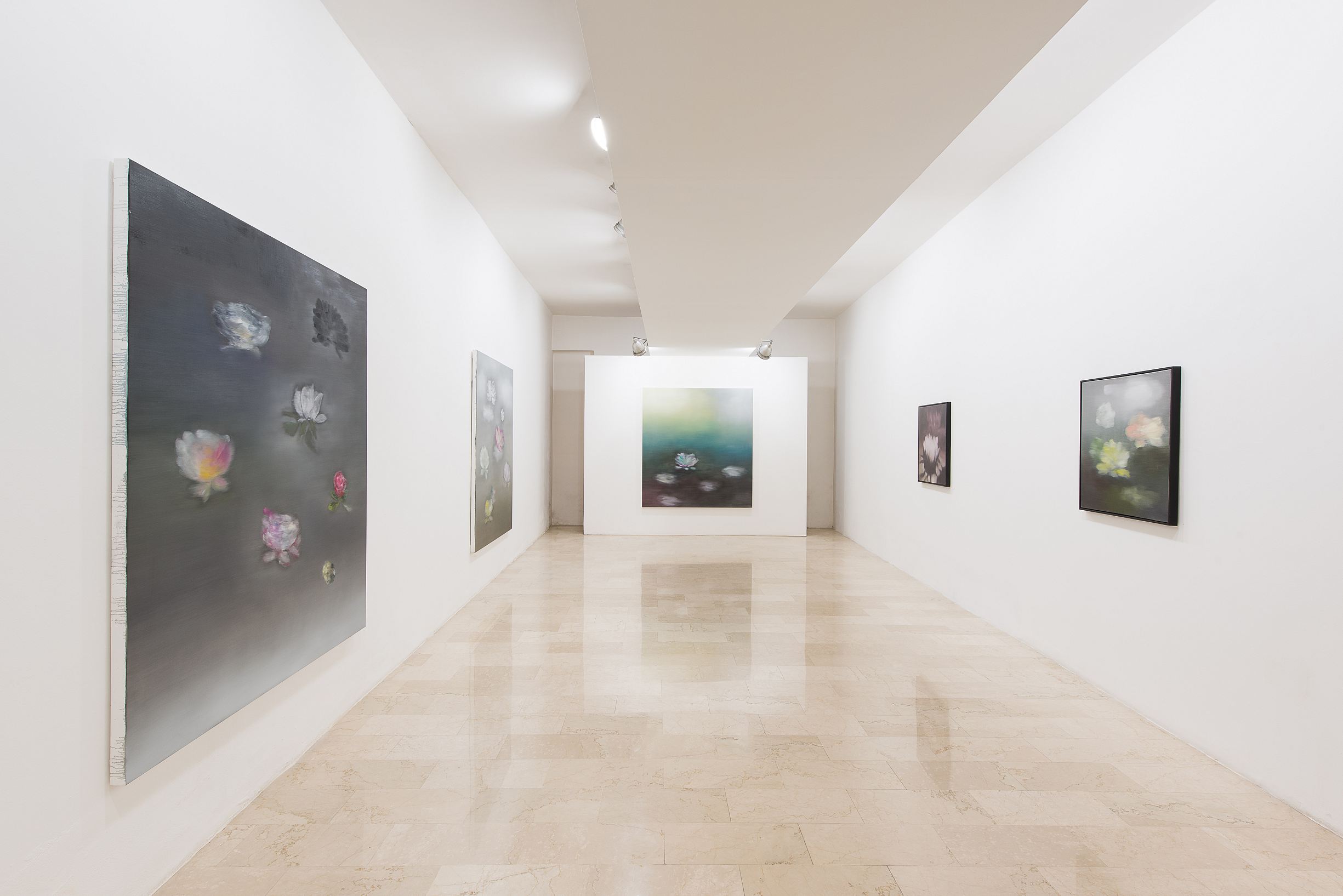 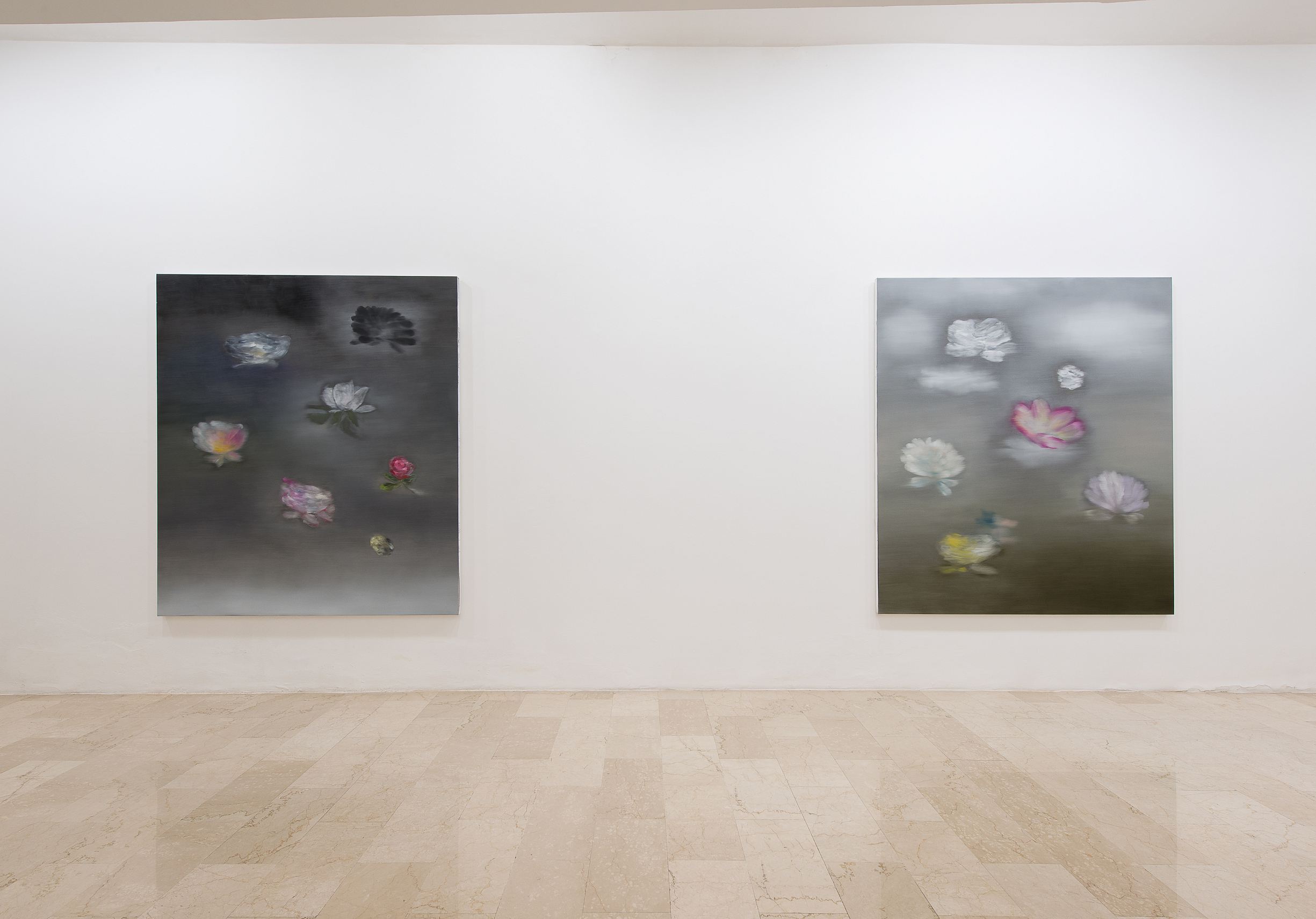 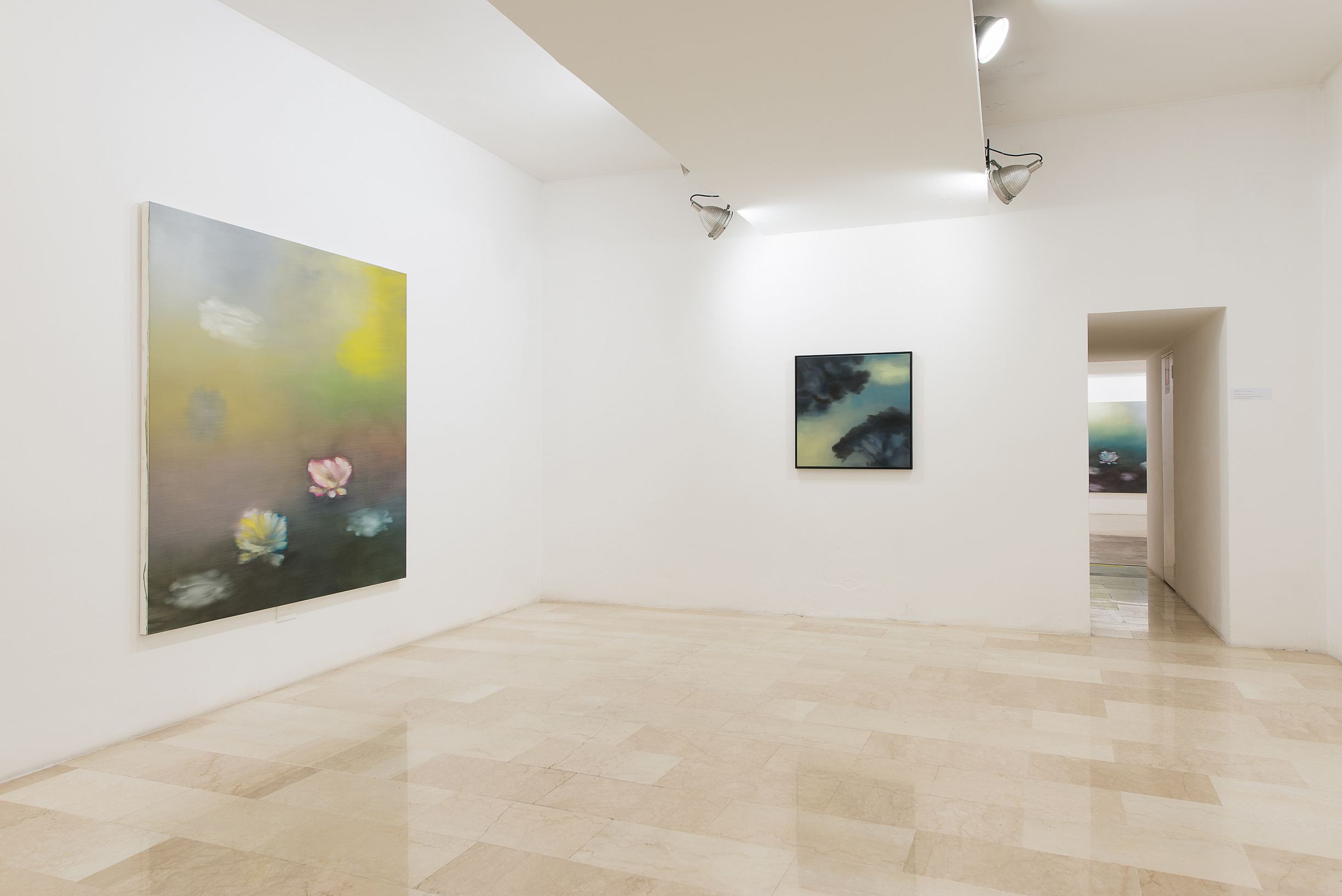